Skip to content
Facebook Twitter Instagram
Search
Close
Remembering is part of life.
There’s the good remembering.
And then there is the painful remembering.
The kind of remembering that produces tears, grief and often a thought in the back of your mind, “What else is going to happen?”
I know that September 11th is the day that changed our country forever.
It caused us to realize that this land of the free and home of the brave is not quite as safe as we once thought.
That the acts of a little over a dozen people would result in the loss of life to thousands and the soberness of life to all Americans and really, the entire world.
Just like those of us who were alive when JFK was shot, we remember where we were that day.
And like everyone else we remember where we were when we heard about the terrorist attack on September 11th, 2001.
Where were we?
Dw and I were actually at a pastor’s conference in Virginia Beach.  Jack Hayford was the guest speaker and he had just got up to the front to speak.  We rarely sit in the front during a conference, but somehow that day we had ended up on the very front row.
A man came down to the front and whispered in Jack’s ear.  Being just feet from Jack Hayford we heard him turn to the man and say, “Go confirm that.”
The man disappeared to the back and out the door.
Dw and I looked at each other.  We knew something was seriously wrong.  You could feel it.  It made our stomachs turn, just the expression on Jack Hayford’s face.   Dw leaned over to me and whispered, “I think this is a JFK moment.”
We waited with such apprehension.
The gentleman took what seemed like forever to return and hurry down to Jack.  He, again, leaned over and whispered in his ear.
Jack turned to the group of pastors gathered and began, “It appears that the United States of America is under attack by terrorists.  There are confirmed attacks on the World Trade Towers in New York City.  The Pentagon has also been attacked and there are planes missing.  We, as leaders, need to do battle for our nation and we need to lead those we pastor and our communites…..Please pray with me….” 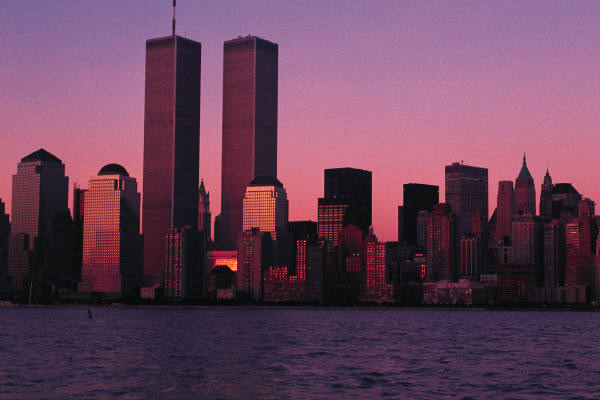 And hundreds of pastors began praying in passion.
We were only a few hours from Washington, DC.
Our kids were at home with my mom who was babysitting them.
We could not get home fast enough,
but we knew it would be most wise to take back roads.
We passed numerous military bases as we drove…lined with young men and women dedicated to protecting our country, all being called to report for duty with an immediate high alert urgency.   The lines snaked out on the main roads.
Dw and I cried and prayed as we drove.
No, we will never forget.
So tell me, please.
Where were you when you heard
about the attacks?
What were you doing?
Honestly, I really have a need to hear
today from you.
Please talk to me.