I think that sometimes people can look at some one else and say, “They always get everything they want.”  And just in case you ever thought that about us, herein lies a story that proves that theory wrong {like many of our stories have already done, but just in case you forgot}.

Remember a few months ago I had a true blast having you guys guess what I had done while Dw was in Durango packing up the last of the house stuff?

The next day my joyous story tumbled out that I had put an offer in on a most splendiferous home – all by myself!   It was such a stinkin’ amazing place -we were smitten and I could picture all kinds of stuff there – it was perfect beyond perfect!  And we dreamed of wonderful family memories there over the years to come.

Well we have been waiting for that home’s short sale to go to the bank for approval.  The process is supposed to take 4-6 months.  And the bank is under no obligation to take our offer.  They could deny it.

And this most wonderful home was almost right around the corner from our rental.

So when Dw was in Africa we have had some therapists look into our Ruby-girl’s situation.  And lo and behold we started to hear a familiar ‘song’.  “No one likes coming out to this area where you live.”

I was dumbfounded the first time we heard it.  Then again.  And again.  And again.  Other moms of special treasures confirmed what the therapist’s supervisors were telling us.  We knew of another mom who was selling her home and moving further into Phoenix proper.   I told Dw all this when he was in Africa.

To make a long story, really short, after much prayer, we had to regretfully back out of the deal on the house we love, love, loved.  All for Princess Ruby Grace.   I can’t think too much about it, cause it feels not-so-fun in my soul.

The homeowners were so gracious about it.   Actually it really worked out better for them, since our offer was not as high as another and the higher offer waited in a back-up position.

But that left us wondering where to live and what to do.  Upon Dw’s arrival home, we started looking. We found a home that we all liked.   Our realtor pushed and we were able to close in 9 days.  That has to be the record of the century.  And we didn’t know for certain that the deal would go until 4 days before it closed.  So that was a lot of mighty fast packing for our not-so-small tribe.  {And no, we have never had the privilege of anyone packing and moving us.}

It happened so fast that I didn’t even get to call anyone to ask for help.

Thankfully, a friend texted me a random ‘wanna go for coffee?’ kind of text and I told her we were moving and she and her husband came and lent their hands to make our load a bit lighter.  {Thank you Eve & Mike – you guys are the best!}

Another friend heard from her son texting with Graham and they came and brought food and helped immensely {thank you Dane, Laura, Sam and Luke}.

And a friend from church brought their whole family to help {thank you Joanna, Dathan and gang}.

All came with no real notice.  Just spur of the moment.

It’s a ranch which will accommodate Ruby’s wheelchair nicely.  It has a pool.  It’s considerably smaller than the house in Durango and it’s in the city of Phoenix as opposed to the suburbs areas.  All for the most precious little miracle treasure in the world…

I knew you guys would be itching to see it,  so here’s the front door at the moment: 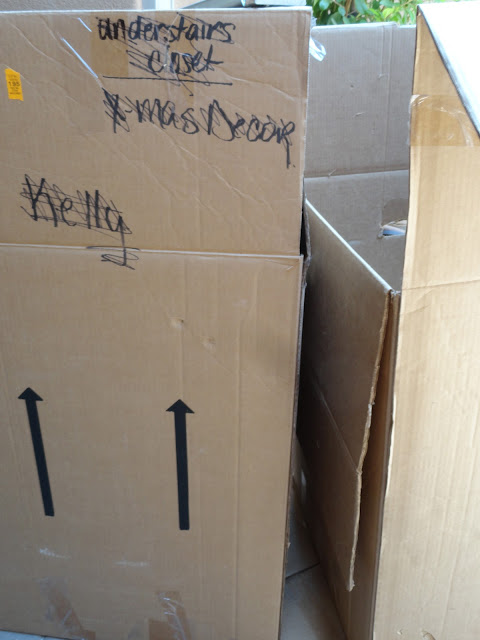 {borrowed boxes are always the best}

And here’s our bathroom: 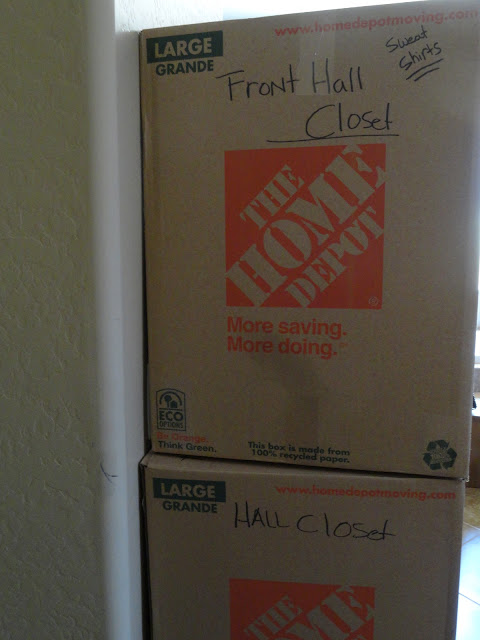 And then there’s the living room: 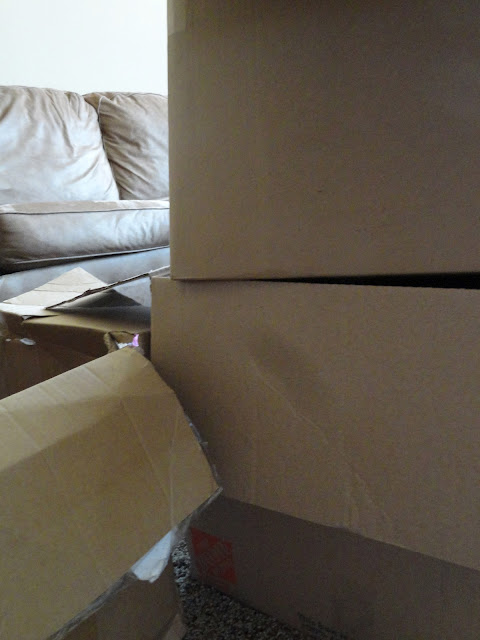 and the hallway to the kids rooms: 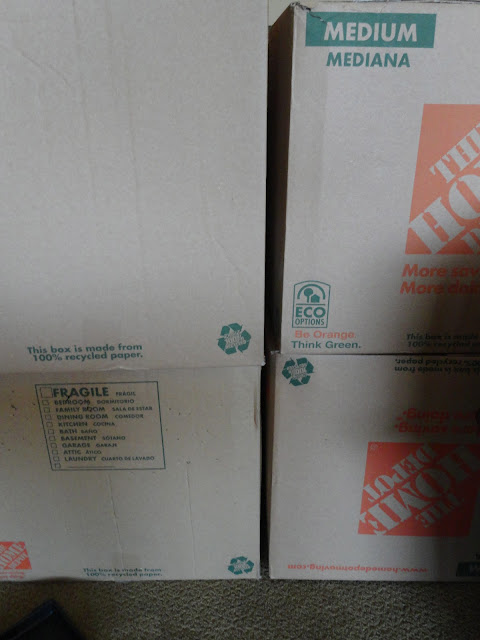 and two very important words throughout the move…. 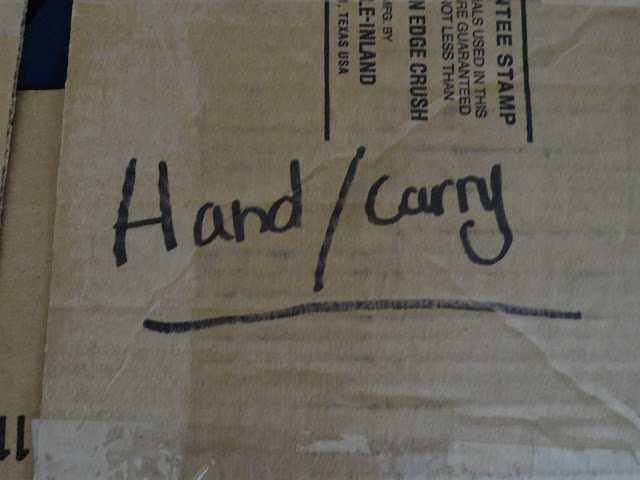 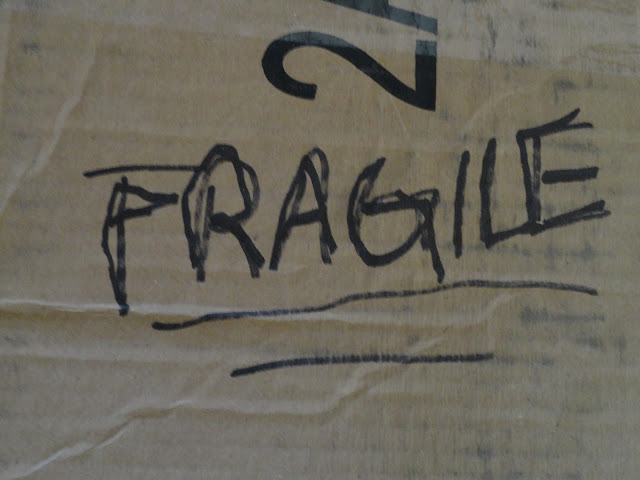 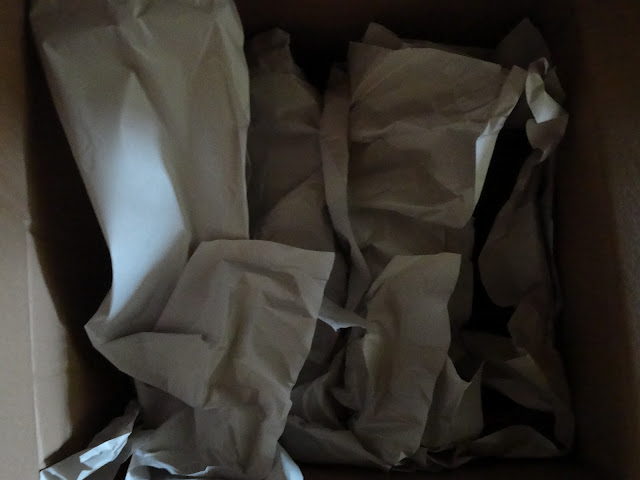 For now, it’s back to unpacking and trying to find the doggone pots and pans.

Cause we have rummaged through almost every.single.box and they are absolutely no where.  It’s not like the box isn’t big and it’s not like it isn’t heavy….so where exactly did the box of pots and pans go?

We pray we figure that out soon….