Many of you are new to visiting at Our Place Called Simplicity.  Monday is a day we often set aside to remember the faithfulness of God.  Each story we remember, we place a trinket of some sort in our Memorial Box, that way when we see the small object we are reminded of God’s active involvement in our lives.   He is our provider, healer, protector and all powerful.  We tell these same stories over and over and over to our children, thus remembering the faithfulness of God for generations.

Although this story is long, it is an amazing story reminding us the importance of listening to God when we hear Him whisper.

It is a miracle story and really, is one of my most favorite Memorial Box stories. I wanted to post it again today, because lately I have been thinking a lot about this particular story. We are actually considering naming our son the same name as the man in this story.

This is one of those stories where you have to just stand back and marvel at the clever and intricate direction and moving of Almighty God. This story is exactly why we call Him our miracle-working, mountain-moving, awe-inspiring, gasp-giving God.

Back in May of 2006 we went to our denominational convention in DC. We were really tickled to be at our nation’s capital….rich with history and heritage. One of the afternoons we had decided to take the kids to the Smithsonian. We wanted them to see the Air and Space Museum there. Dw and I had taken our older kids many, many years ago and thought the younger ones would enjoy it.

A close friend, Dennis, had driven up from where we had once pastored to hang out with our family for the few days we were there. He was with us at the Smithsonian. Everyone was getting tired and we needed to get back for a quick rest before the evening sessions started.

As Dw exited, he turned back over his shoulder and called to us,
“I’m going to hail a cab for all of us.”

So Dennis and I and the kids were heading down the stairs. The MS had really been acting up, so I was slow going as we headed down the bazillion stairs outside the building.

Now as I was keeping my eye on Dw, I saw that there was a cab right below where we had exited. But instead of going to that cab, he was running a few hundred feet down the sidewalk to where a cab had just pulled up. I stood there for a second wondering what in the world he was doing. Why had he not just went to the cab that was closer? Actually I was getting a tad annoyed. Walking was a chore and here he was going to a cab that was quite a bit further away. ugh

The cab that had just pulled up and was letting a bunch of people out. I, of course, was starting down all the stairs and so I was glancing and watching, but not really taking in details. By now Dw had turned around to us and waved to “come on” cause the cabbie at that further away cab had agreed to take us.

As we got down to the cab, Dw was telling Emma, Graham and Liberty to get in the back….and I was about the last one at the cab and just as I went to start to get in I glanced down and saw something on the road. It was right next to the curb, but in the road.

It was a pocket calendar, the rectangular kind, with the little plastic cover. 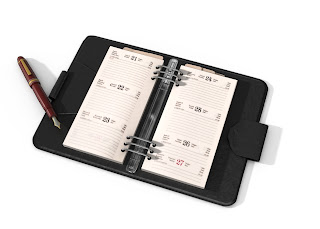 I said to Dennis and said, “Oh look, someone’s going to be bummed, they dropped their pocket calendar.” The kids were climbing in and I felt compelled to pick it up. Then I thought, “Like I’m going to try to find whoever’s it is and return it to them.” Naaah. They wouldn’t really miss it all that much.

I literally went to put my foot in and I heard the Lord say, “Pick it up!”

So I stepped back a step and reached and picked it up.

I climbed in the cab and we were off! It was crowded and Liberty shuffled over onto my lap.

Only problem was that it was written in an Asian language.

That wasn’t a lot of help to figure out how to return it to the rightful owner!

I turned the pages. There was lots of writing. But not really anything in English.

Then I noticed in the little plastic flappy thingy that protects the cover a small envelope tucked in. I pulled it out as we were driving down the highway. I opened it up.

I am sure that my eyes were popping out of my noggin.

I said, “This thing is full of money.”

Dw turned around and stared at me. “Are you serious?”
I started counting. There was also a check. Between the cash and the check there was almost

I could not believe my eyes!!

And when I took a closer look at the check, it had the name of a church on it, meaning a church had given this check to a man…and I now assumed that the name on the check was the owner of the calendar.

Have I ever told you guys that I always wanted to be a detective?

I’ve done my share of “detectiving” over the years and stinkin’ love it!

When I saw that the check was from a church, and the name of the person the check was written to was an Asian name I started praying. “Lord you have to help me find this person!”

We got back to the hotel and I tried to google the name of the church. Nothing came up. Then I tried to white pages it. Nothing. There was actually an accounting firm’s name also on the check. I decided to goggle that. My family went to get something to eat as I worked fervently to find out whose calendar I had found.

A young woman answered and I asked if she had a minute while I explained this long, weird story. She was clearly Asian, just listening to her sweet accent. I explained that I was at a Pastor’s convention as well. She did not offer any thing but said, “Let me call you back” and took down my phone number.

I was really beginning to feel concerned for the person who had lost all this. I began to pray that God would give them peace and that this calendar and envelope full of money would be quickly back in the hands that owned it.

Finally my cell phone rang. A woman, who spoke basically no English at all was speaking. I tried explaining to her what was going on, but she was unable to understand. She hung up and said someone else would call me.

Eventually someone who spoke more fluent English called me. And the story began to unfold.

Are you ready for this?

A pastor from a country that does not allow the gospel to be preached had come to our very own denomination’s convention. He is not a pastor in our denomination, but had been invited to come. He is a pastor in a country that is closed to the gospel, yet he pastors an underground church. And he oversees many, many underground churches. He was a very well respected and influential man in his country – having been imprisoned for his faith and work for the gospel of Jesus Christ.

I can hardly type about him without crying.

This great man of God, brave and courageous in his country, had come here to the United States. He was traveling and people had been giving to the work in his country. And that was the pile of money.

Well he had been taken to the Smithsonian to tour and see it. Remember how Dw had gone to that far away cab? He was one of the people who had just gotten out. And as he got out he had dropped his pocket calendar.

He did not discover immediately that it was missing. But when he did – he was frantic! He had absolutely no idea where he had lost it. But God knew!!

When he discovered it missing, he told the people he was with. They immediately joined together and started to pray, “God please will YOU protect this calendar and money and return it to him.” They said that in the natural it was a long-shot, BUT God!

Our miracle-working, mountain-moving, awe-inspiring, GASP-giving God had not allowed that envelope to rest in that street for anything more than probably 2 minutes….just long enough for us to get down to the street!

Okay, so are you ready for this?

When we were arranging the return of the calendar and money, it turns out that the man was not just staying at our same hotel – he was on the exact same floor as us!! He and I rode the elevator down together!!

He didn’t speak English and of course, I had no idea who I was looking for as I went down to the lobby.

Can you really imagine all the details that went into that being orchestrated by God?
My brain whirls when I think about it all!!

I had the privilege of hugging this Great Man of God. He was weeping. He was so grateful and kept crying and crying. I was crying too. Dw has a picture of me giving it to him on his computer and I am so thankful. I will post the picture when he sets up and emails it to me. And yes, I was so ashamed that I had been aggravated at Dw going to that far away cab….to think that God was directing Dw’s steps so that I could scoop up that calendar! 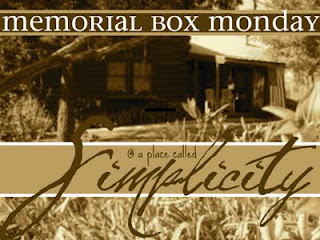 How God loves His children.

How He maneuvers events and circumstances to provide for His own!!

What about you? What need do you have? What concern overwhelms you? Do you know that He is all about it? He’s working on your behalf…..just like that day in DC….He was working behind the scenes….because He loves you THAT much!

Please link your permalink from your Memorial Box Monday story below. Encourage others with your own stories of God’s faithfulness!!