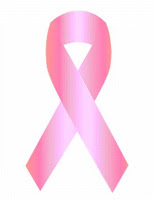 Yesterday I was supposed to give an announcement during both services regarding our upcoming Girlfriend’s Retreat (this coming week-end) and also about October being Breast Cancer Awareness month.
Several people had asked that we mention it being Breast Cancer Awareness month so that we could pray for those affected by it. Being the only female on staff it made sense that I mention it and pray. So first service I made my Girlfriend’s announcement and then mentioned Breast Cancer Awareness and then I prayed for healing for those with breast cancer and for their families as well as for the survivors and even those who had lost friends and family members.
Second service I went up on stage and mentioned the Girlfriend’s retreat. Some of our staff pastors had been making the other announcements and so when I went up I kind of goofed around with them. I was feeling rather light hearted and wasn’t paying full attention, after all, this was second service and I had already done it all once before.
So without being fully “engaged” I started to mention Breast Cancer Awareness month. Instead though of saying it was National Breast Cancer Awareness month I actually said, “I wanted to draw attention to the fact that October is National Breast Awareness Month…..” and I instantly started to hear people start to snicker and giggle….and then some started to really laugh and at about that time I heard my sweet, but ever-so-embarassed-senior-pastor-husband whisper rather loudly from the front row…., “It’s Breast CANCER!” At that moment I realized that I had left out ONE VERY important word………..(I am sweating thinking about it as I type it)….
By now, people were really laughing all over the auditorium. I mean, really, really laughing. I couldn’t help but start to laugh myself when I realized that I had said, “October is National Breast Awareness month…” All I could think was, “Oh my gracious – I did not just do that…..and by the way, where is the nearest hole to crawl into??”
Of course, about this time I also began to feel very self-conscious; wondering given my one word omission what exactly were people “aware of” while laughing ever so heartily.
Feeling very vulnerable and almost unclothed I decided to turn around and try to pull myself together….when I did I found the worship team also doubled over with laughter. Graham, who was on the drums, said he looked over at our lead guitarist. Phil, and saw him bent over due to laughing so hard. They all wear ear mics and Graham then heard Phil say thru the mics to the rest of the worship team, “I think we’re all pretty aware of them already.”
I turned back around to face the audience and found my sweet hubby was also bent over laughing so hard that his eyes were shut and his chair was shaking. You know how it is when you are a kid and you are not supposed to be laughing, because you are at a funeral or something, so you laugh all the more?!?! This whole thing lasted probably almost 2 minutes!
I just stood there laughing and laughing and according to my family I repeated over and over “I did not just do that!” Utterly humiliated I silently prayed that the Lord would help me to get it back and started to try to talk over top of the laughing until things had settled down. I was able eventually to get serious and pray for those who have been affected by breast cancer.
After I prayed I went to sit down and my Emma leaned over to me and said, “Mom, I love you! If laughter is good medicine then no one here is going to be sick for a very, very long time.”

I am 100% certain that I will never live it down. Lori was there with her family and she said she was so glad to have seen it live – they thought it was downright hysterical.

I then got this text from my sweet friend Carie: “As I take your advice I am aware that my breasts want to be free from their restraint. I will honor the girls wishes. xx ”

Leave a Reply to Just Me - The Champion Cancel reply