Skip to content
Facebook Twitter Instagram
Search
Close
Meet my friend Lisa. She and her family came and had lunch with us and spent the afternoon the other day. They live about an hour away. We met in the most Crazy – totally God – way!! 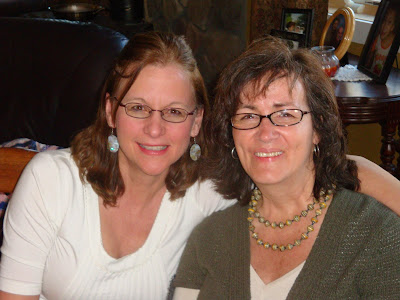 A couple of years ago, Dw & I had gone to celebrate our anniversary in a town about an hour away from our home. We were seated at a sweet restaurant for our anniversary dinner and we had told them as they seated us that it was our 30th anniversary. The waitress came and took one look at us and said, “It couldn’t possibly be your 30th.” {Probably bucking for a bigger tip – j/k!} I said, “YUP! August 12th, 1978 in Tonawanda, NY.” Her eyes grew wide as she said, “NO WAY! I grew up in Tonawanda, NY too!”

What are the odds?

As we three talked together we mentioned the story of our kids. The waitress said, “You have got to meet my sister, Lisa, cause she’s an adoptive mom and has a ministry to adoptive families.” The rest is history.

Of course Lisa was raised in Tonawanda. Anyway, the reason I have to tell you about Lisa, is not just cause she is one of the sweetest, most Christ-like women in the whole world that I have ever met, BUT because of a conversation we had the other day. Lisa and I were talking about her past and how she came to know Christ as her Lord and Savior.

As her crazy story goes: Lisa was a very broken young woman. Her body was wracked with disease….not just any disease, but a rare form of Muscular Dystrophy. At the age of 20, she ended up meeting a young doctor who was the admitting doctor at a Buffalo hospital. The young doc’s name was Peter. Over the course of the next months Peter and Lisa’s path would cross on several occasions…..and before long Peter had just accepted Christ and his wife had accepted Christ not long before he had also.

Unbeknownst to Lisa, after months of their paths crossing, Peter had gone home from their doc visit and said to his young wife, “We need to bring this young girl I met home to live with us. If we don’t she will die and she needs to meet Jesus.” Can you imagine? Come on, I mean, really. What doctor does that in our Western World? To the Western world in the 1980’s {and today too} – that is totally illogical. Docs don’t “mingle” with patients.
Okay, sweet friends….are you ready for this? Everytime this doctor would talk to Lisa he would talk about how she needed Jesus. His wife and him were praying for Lisa and before long a friend of Peter’s led Lisa to Christ. But the story doesn’t end there…because Peter and his wife, Debbie, knew that God had a special plan for Lisa and Lisa was very, very sick and suicidal.
So Peter and his wife knew what they needed to do…… now you have to understand…Peter’s wife had a heart condition that was life threatening. They also had two little children, but going against all “protocol” and “common sense” Peter and his wife graciously opened their home and Lisa came to live with them. Which was the beginning of hope for Lisa. She saw God’s love IN ACTION and before long this very broken young woman who had just asked Jesus to come into her heart started to change and grow, Lisa said, “Yeah, it was Crazy Love.” {she had read the post}
Yes, Peter and his wife actions were not “normal”. Infact the thought of it would make most very, very uncomfortable. It would be considered “inconveniencing” at a minimum. Downright ridiculous to your “average Joe”…..but Peter and his wife demonstrated God’s CRAZY LOVE.
Yes, that’s what we’re talking about – Crazy Love. God’s love in a tangible way, revealing to others just how much He loves them….
{A few of you have mentioned a book by the same title. No, we have not read it.}

But the Crazy Love story doesn’t end there. No, because Crazy Love perpetuates…..it’s like a snowflake that rolls and become a snowball that rolls and becomes a giant, unshakable force…..the Miracle-working, Mountain-moving, Awe-inspiring, Gasp-giving God that was working through Peter and his wife….was working on Lisa’s heart and after accepting Christ she eventually went to Bible College. In the years to follow she would meet her husband Mark. Now as a little expounding on the story….after Mark and Lisa and their kids left on Sunday my bigger kids were commenting about how they loved watching Mark care for Lisa…they were commenting on how tender-hearted he is and how “you just don’t see that very often Mom.” Mark is a tender, Godly example of Christ’s love in action as he ministers to his precious wife. Anyway, eventually Mark & Lisa adopted two African-American cherubs out of the system. But the Crazy Love that was demonstrated to a very broken 20 year old didn’t even stop there!! Lisa {along with some friends} started a ministry to help families adopt and to help care for the orphan. Their ministry is AWESOME, but that’s not all….Lisa and Mark and their kids are preparing…..cause they’re moving to Kenya to serve the orphans there. Lisa’s disease has been a hindrance, but it is not an obstacle. Yes, her body is sick, but her faith is huge and her love for the orphan is contagious….and they are refusing to live their lives as comfortable…..Lisa and Mark and their kids will serve Christ inspite of any disease or any inconveniences….they are passionate to do the Crazy Love thing. Infact we have been in ministry for most of our married lives {lay & full-time} and seldom have met a couple who are so passionate about Christ and His Crazy Love….we are humbled to call Mark & Lisa friends.

But do you see the ripple effect of some Crazy Love a young doctor and his wife had? Isn’t it just crazy??

I can’t help but think as I type this that there are bloggy friends reading this with big, Crazy Love, God-sized ideas and dreams. This would be your encouragement today…..You can do it! It doesn’t matter what the world thinks – it only matters what our Miracle-working, Mountain-moving, Awe-inspiring, Gasp-giving God thinks…and as far as I last checked His word for you would be:“I love you with an everlasting love, I am totally Crazy in Love with you and I will give you the grace and strength to demonstrate my Crazy Love to others…”

18 thoughts on “Meet My Friend Lisa”