I admit I can’t always leave replies on your comments, time just won’t permit me, but yesterday – well that was just plain fun.  Usually I can’t because some days my chores just don’t seem to end or they end abruptly with me sitting down for a minute and instantly falling sound asleep.

Some evenings the kids will actually wake me up and say, “Go to bed mom!”  And every once in a while I fall asleep during family Bible study {late morning or afternoon}.  My kids have been known to get up and get the camera and take awful photos of me with my mouth gaping {threatening to post them on the blog or Facebook}…I usually have woken up because they are laughing so hard…how mean is that?

Occasionally when the kids have found a movie that they really, really want me to watch {like Courageous – that movie was awesome just in case you haven’t seen it}…I stood and folded clothes to make sure I stayed awake.  I didn’t sit down at all, not even for a second, cause we all knew what would happen if I sat my weary bee-hind down for even a snippet.

So, like I was saying, it was really fun to be able to leave some return replies to you all.  I guess that’s a perk of the big guy being in Africa with the team.  Not so many evening responsibilities to tend to…

Today we’ve actually had kind of a ‘lazy day’, working on home schooling {some will do it through the summer months} and swimming in the pool.  So very thankful this rental has one.

Are all you home schoolers done for the summer?  Many of you do it year round?  We don’t normally do it year round, but this year has kind of necessitated it.   May even become a year rounder after this.  Who knows.

Some how it almost sounds fun to do it that way.  And by the way, next year will be my 25th year home schooling.  I’m thinking there ought to be some sort of honorary something for that.  Like at a company, don’t ya’ get a gold pin or something?  Although as I type that, I giggle.  A gold pin?  Big deal.  Keep the pin.  Let me maybe just have a day of a cleaning service. 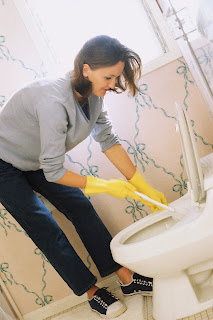 Now that sounds awesome {and actually probably cheaper than the gold pin}!

34 thoughts on “That Was Pretty Fun”