About a week ago I began a mini-series about a large
change in my life.  I wrote that post from my heart and
made myself quite vulnerable.

As always with posts that I share from my heart, if you
are joining in mid-stream and did not catch Part 1,
please be kind enough to go back and read Part 1, otherwise
the significance of Part 2 will not be understood.

I am grateful that many were encouraged…thank you for your
kind hearted comments, emails and messages.  Some of you struggle with chronic pain and others with multiple auto-immune disorders.

I continue to pray that in sharing my journey it will be used
to encourage others and maybe even help some feel a bit
better.

One thing I completely forgot to mention which given
what it is, borders on hysterical was that for many years I have commented to Dw that “I feel like I am living in fog.”

Truth be known, I’d often fantasize about taking a
garden hose and running it through my head to clear
my brain.

It was as though my thoughts were close, but I was
unable to ‘pull them into clarity’.  I couldn’t figure out why
I had this permanent fog but I hated it.   Day in and day out
I just couldn’t easily think through the fog. 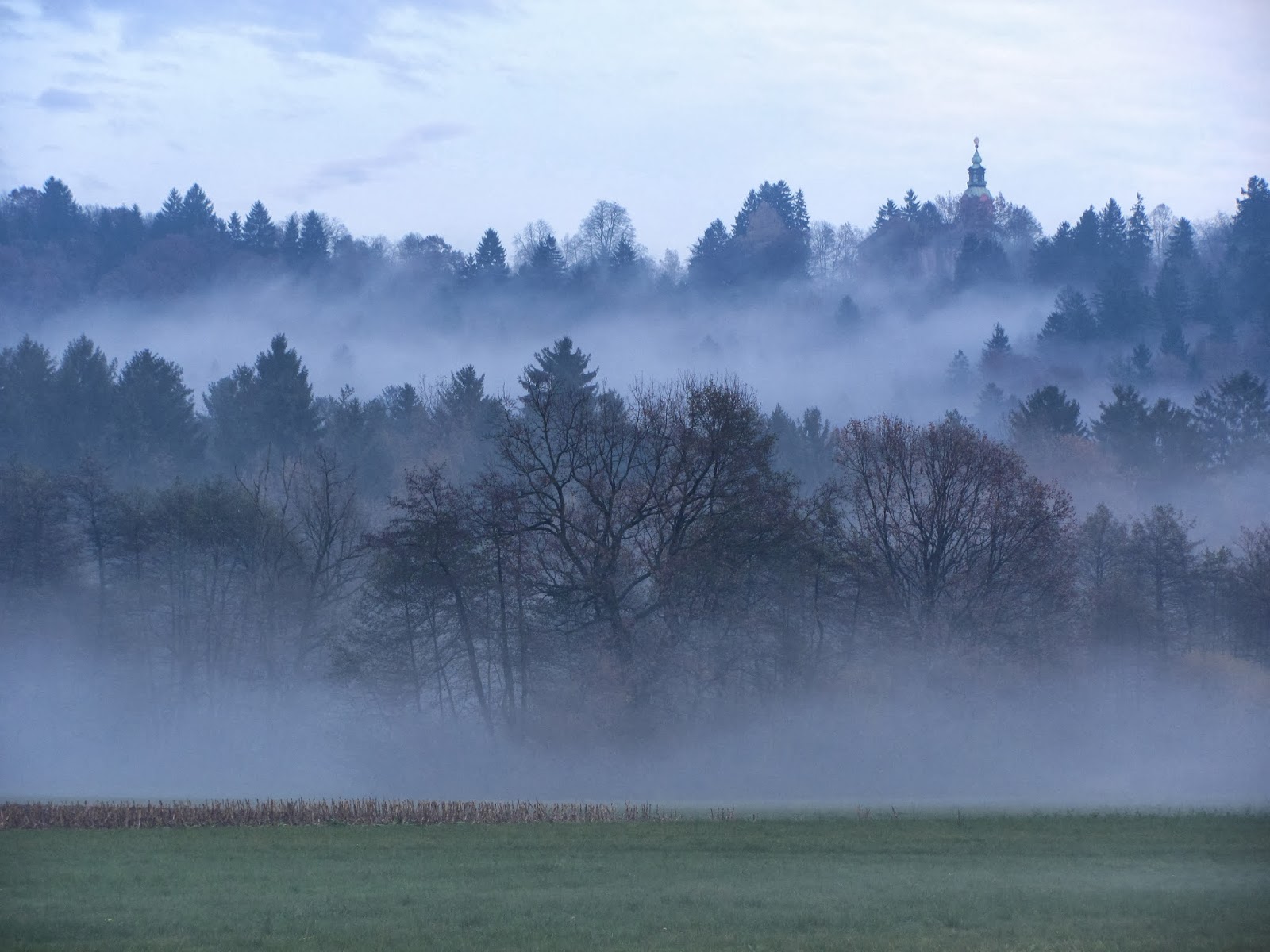 So anyway, back to where I was….

It was a Saturday and Abigail and I were chatting
on the phone.  I think we were talking about remembering something from the past.  I guess I mentioned how I
couldn’t exactly pull the memory out.

Quite out of the blue Abigail questioned,

“Mom, would you ever think of going gluten-free?
You don’t have to do it forever.   Just try it for a month
or so and see if you feel any different.”

Her words took me by surprise.

I knew a few friends who did try to adhere to a gluten-free
diet.  They said they just felt better that way.

I also knew Dw’s sister who had been diagnosed with
Celiac Disease a few years back and now ate completely
gluten-free.   But I knew nothing of Celiac Disease.


“I bet you would feel a lot better, and what’s the worst?
If you don’t feel better, you go back to eating gluten.“

I told her how I’d never really considered it, always
reasoning that if the Bible talks about ‘wheat’ it had
to be good for us.  I have since been doing research on
that idea and discovered some interesting facts.

Abigail’s idea and our conversation about eating
gluten-free was intriguing to me. 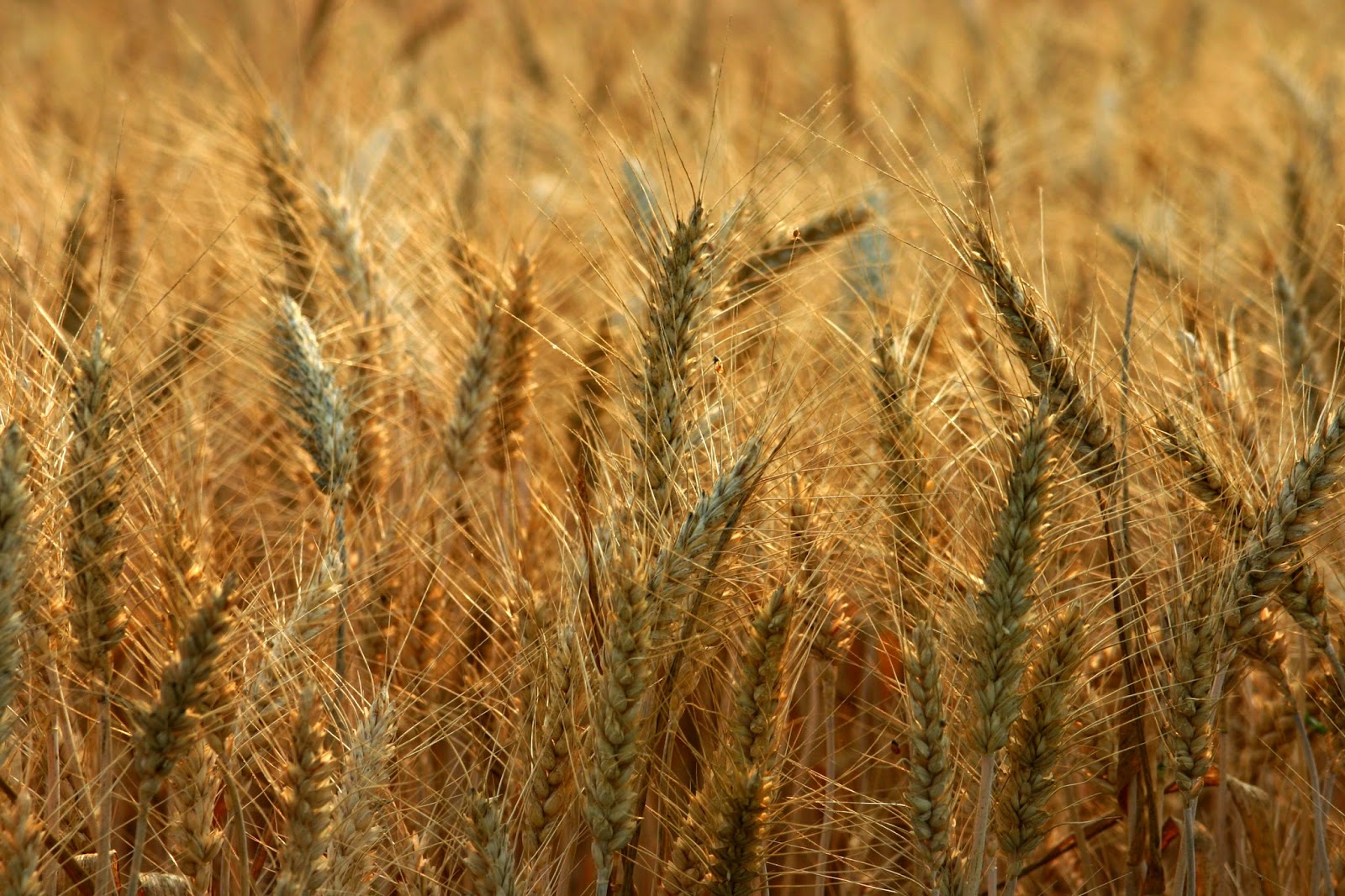 She was right.  A month to try something
is no time at all in the grand scheme of things.


I would think about it.


But I didn’t have to think long as that very evening
Dw and I were on a date.  Often our dates take us to
building supply stores to gather needs for our home.

This particular night we were in the back of our
local building supply store inquiring about something.
A gentleman was sitting at his desk answering a
couple of questions for Dw.

I moseyed around opening the little window samples
they had.  I coughed a bit.  It was not some big enormous
cough, just a wee little annoying cough, when totally
out of the blue the gentleman helping Dw stops talking
and turns his attention completely to me and asked,

I was taken back.  Who does that?  We’d never seen the
guy before.  And my cough was hardly some hacking,
grotesque kind of cough.

But yet he had asked,

I quietly answered, “I have recently flown across the world
after visiting our daughter in Africa.  I think I have the
cough from all the flights and the dryness in the air.”

I almost fell over with what he asked next:

“Have you ever thought of going gluten-free?”


That very morning Abi and I had had a lengthy
conversation about going gluten-free and now a complete stranger asked me the exact same question over a small,
incidental {albeit annoying} dry cough?


What in the world??


I was so stunned but somehow managed to mention
that our daughter in Cali had just asked me the
exact same question only about 12 hours before.


As we drove away from that store I turned to Dw still
trying to believe it all.  I mentioned that the Lord
must be speaking, cause really what are the odds?

After leaving the store Dw and I went to share a small
pizza at a cozy little local place we’ve come to love.
We tuck ourselves in and talk for hours.  Actually kind
of reminds me of when we were dating. 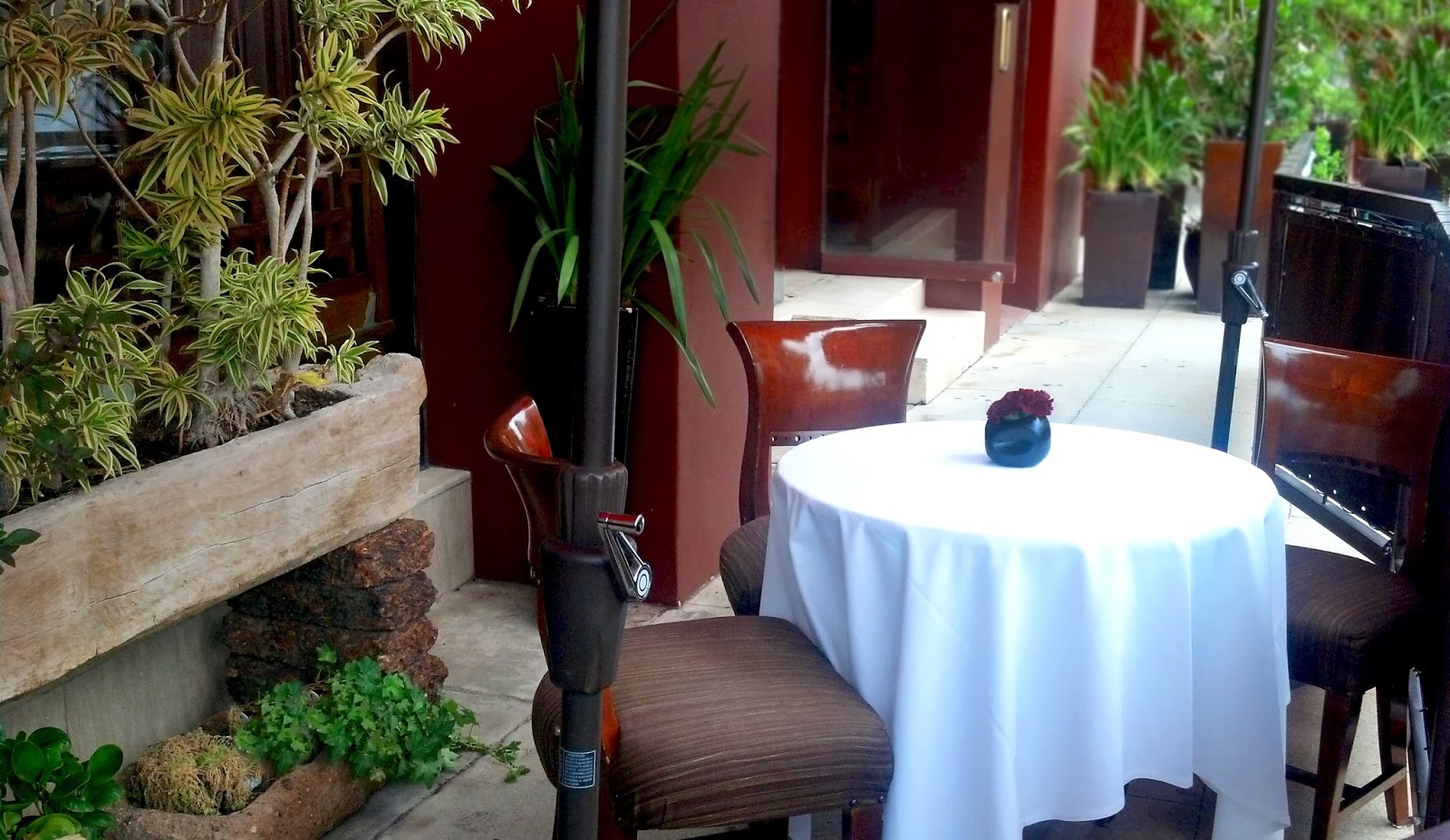 As we prepared to order, I commented, “Well the Lord
must be speaking Dw.  Would you mind if we ate a
gluten-free pizza tonight?”

We’d never tried one before.  It was over-the-top yummy!

Early the next morning, I drove Dw to the airport.  He was
heading to Africa for a few weeks to spend some time
with our Emma.  It would be a perfect time to try
gluten-free with him out of town.  {Bless his gluten-loving heart.}

Driving back home from the airport my mind was whirling
and I felt strongly that I needed to research Celiac Disease.

Minutes later my mouth was gaping as I read the list of
symptoms from the site I had found.  I couldn’t believe it!!
I had lived or was living with basically every one of the
symptoms with two exceptions.

Later that day I called Abi and told her what had happened with the man questioning me and I then told her about the long
symptom list that matched my life.  I was truly speechless.

Abigail told me that she thought I would feel better before
long and probably notice an almost immediate change, if I
stuck with it.

I could hardly wait!!

And so with the gluten-free date night pizza the evening
before I began a journey that I desperately wish I had
researched years before. 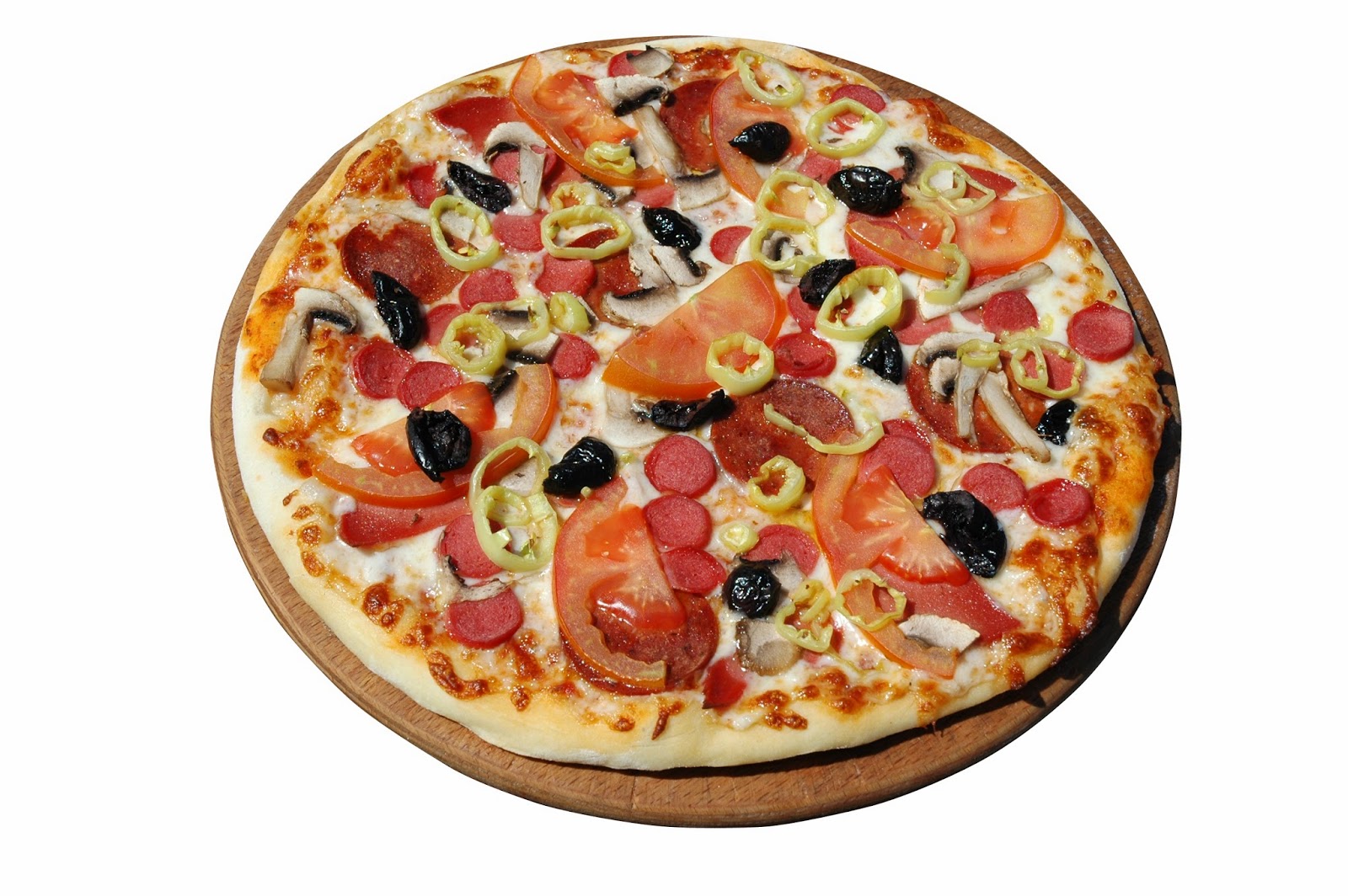 At breakfast I shared with the kids, explaining what Abi and
the random man had said and all the symptoms and how
I was no longer going to eat any gluten.

Immediately every single one of them said,


“I’ll eat gluten-free with you Mom!”

Their enthusiasm was encouraging!

Liberty’s comment was the most precious, “Mom,
when you found out I was allergic to MSG you
made sure we never had any MSG again.  You made
sure the kids joined me as well.  Of course I’m joining you!”

Her solidarity was so sweet.

Now the remarkable thing to me was that within two
{yes, two!} days my head felt different.  The fog was
lifting.  I called Abi to tell her.  She said she wasn’t
surprised.

The kids and I did not cheat at all.

We are a team and we were going to be a gluten-free team.

I was amazed as my head began to feel even better
with each passing day.

But just two weeks into being completely gluten-free
something totally unanticipated happened that
convinced me that I will never, ever eat even a drop
of gluten again, if I can help it.

In fact, being completely vulnerable, what happened
terrified me.