Skip to content
Facebook Twitter Instagram
Search
Close
You are not gonna’ believe it!!
And moms and dads you will want to share this story with
your children and grandchildren – it’s that good!
So let me back up just a bit in order to paint the picture of exactly
how many pieces of the puzzle were moved about in order for
Almighty God to accomplish His miraculous plan.
Seriously, I’m giddy!!
So listen to this….
About a year ago I met a young woman named Kim.
We have several things in common,
including we were both part of Hope Kids.
Pretty cool.
This past Spring this last Spring/Summer Hope Kids
had a luau.  Kim was there and introduced
me to her sister, Gina.  Gina is also a Hope Kids mom.
As many know, God had actually been stirring a
young woman’s heart, since she was just six years old.  He stirred
and stirred and stirred until that day, over 2 years ago,
she packed her belongings
and moved to the other side of the world.
God fine-tuned the dreams He had planted in her heart
to the point that she knew His whispers were to open a home
for Special Needs Gems.
Hence, The Gem Foundation was founded by her to care for the
most vulnerable of orphans.
And at the same time, a world-renowned ministry, with a
impeccable reputation [named Watoto] had been praying for years
for a special place to move their special needs treasures to.
Watoto heard about the young woman who had recently moved
to Uganda to open a home for special needs Gems
and they began to pursue her.
They wanted to hear for themselves
the dreams God had long-planted in her heart.
After having coffee with her, they contacted her several
times and eventually they questioned,
“We would like to partner with
you and gift our special needs little ones to your ministry.
Are you willing?”

They then told her,

“You are the person we have been
praying for for years!”
One of the precious ones who arrived from Watoto ministries
was a little guy named Elisha, with a smile that will instantly melt your heart.
Elisha is severely medically fragile.
A true little love-bug who being quite truthful,
completely stole
this silver-haired mama’s heart the second I laid my eyes on him.

I mean, seriously….
look at him and his dashing smile!
Such personality! 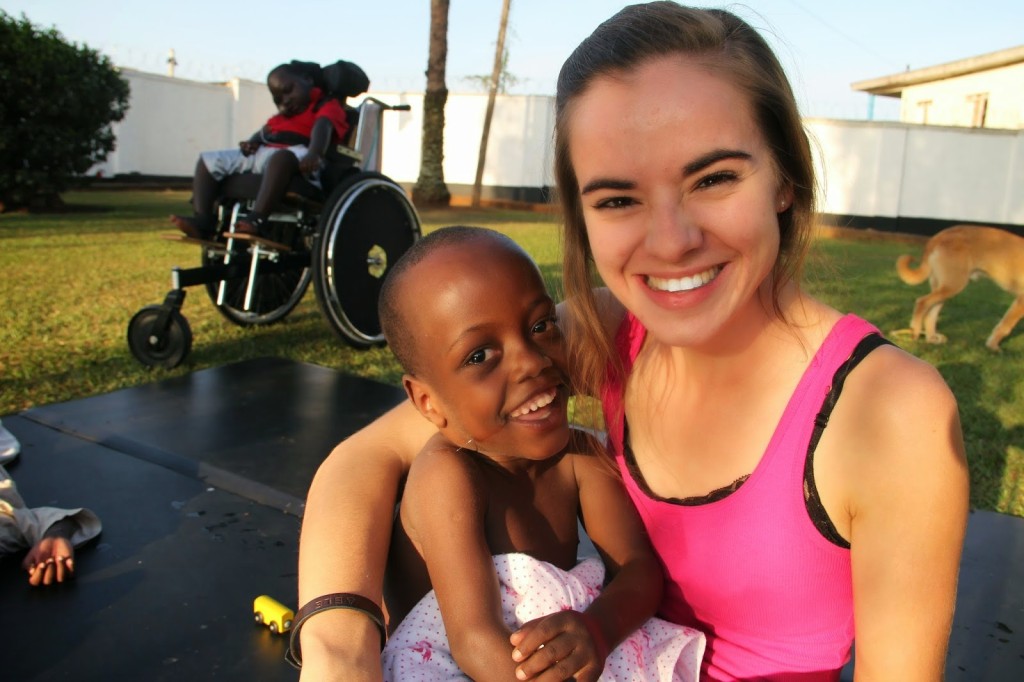 One of Elisha’s many needs is the feeding peg he has in his belly.
And believe it or not, Uganda has been unable to get the type of device he needs.
So Elisha has had to go to Kenya for surgery for it or
anytime there is a problem with it.

In fact, crazy as it may sound,
there have been times when Kenya doesn’t
even have one!!

Recently, Elisha’s feeding device came out and Emma had to call Kenya
to see if they had the device.  They did {which was miraculous}.
Emma then had to to hire a driver to take the nurse and Elisha to Nairobi.
They encountered a problem as they drove and were delayed on the
road even longer.  It was a very tiring few days and all of that
takes such a toll on Elisha’s fragile little being!
With the lack of being able at times to even get the proper device we had been
asking the Lord for break through with this situation and to please
make another way!!  Come on now – some thing had to give!!

is too dangerous {in so many ways} to not be able to have
his health remedied close to home!
And wouldn’t you know that the God who made
the entire universe
and created Elisha was up to something good??

Oh yes He was!


Something VERY good!
So a few days ago Gina, Kim’s sister, who I met at the luau almost a year
ago messaged me and asked if I would want to take a folding
wheelchair, an oxygen tank carrier and some medical supplies
to The Gem Foundation?  I told her I would love to and if we didn’t
get to take it all this trip, it eventually would get there.
Well Gina and I met up at a Hope Kids event and
she loaded us up with some ‘sweet treat medical supplies’
for The Gem.
The next day as I was loading my suitcases, I looked at some
medical supplies and thought, “Hmmm, not sure what that is,
but there’s room so we’ll throw it in too.”
I kinda’ figure that if God supplied it, it must be needed
or will be needed soon!
My three enormous bags and two carry-ons flew our way to Africa
{all by my lonesome again!!} and landed Thursday.
The long drive back to The Gem was
filled with such fun.


After all –
we’re about to have a #gemofawedding !!!
When we reached The Gem, I started dragging all the surprises
out that I know Emma misses….
Pumpkin pancake mix,
Pumpkin scone mix,
Hazelnut coffee creamer,
as well as a small jar of
Frank’s Hot Sauce to make Buffalo wings!
I was still pretty wound up and unzipping my huge duffel bag exclaimed,
“Oh, I have some medical supplies too!”  I reached in and opening
the box I showed Emmy.

She literally jumped up and ran to me, 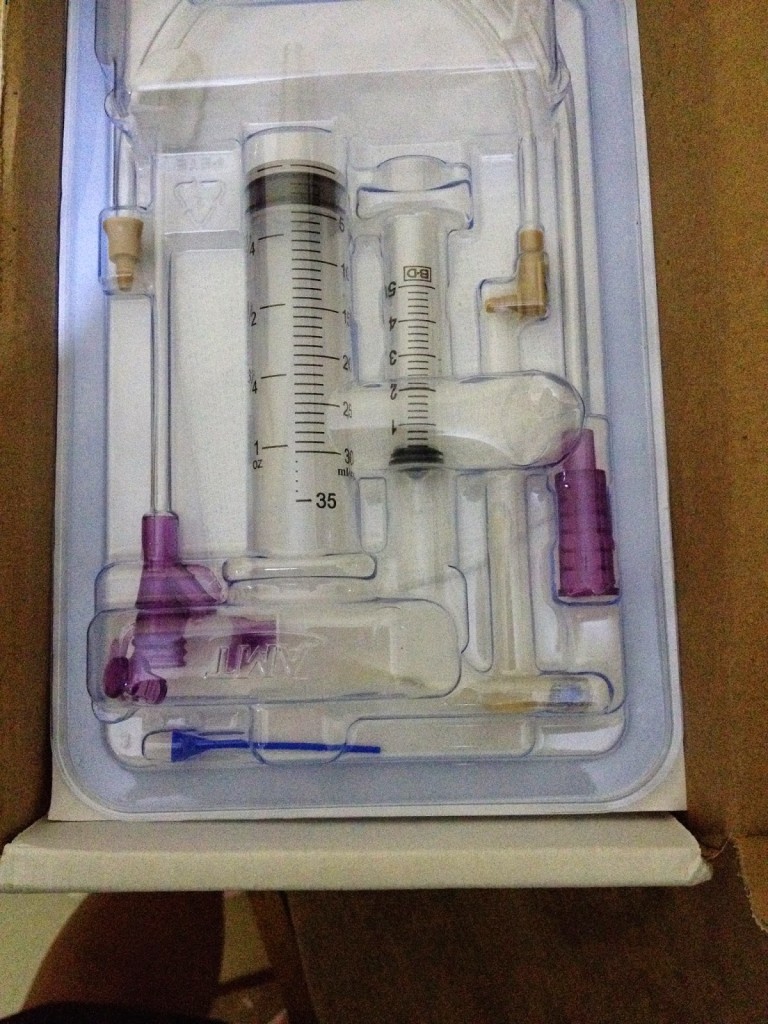 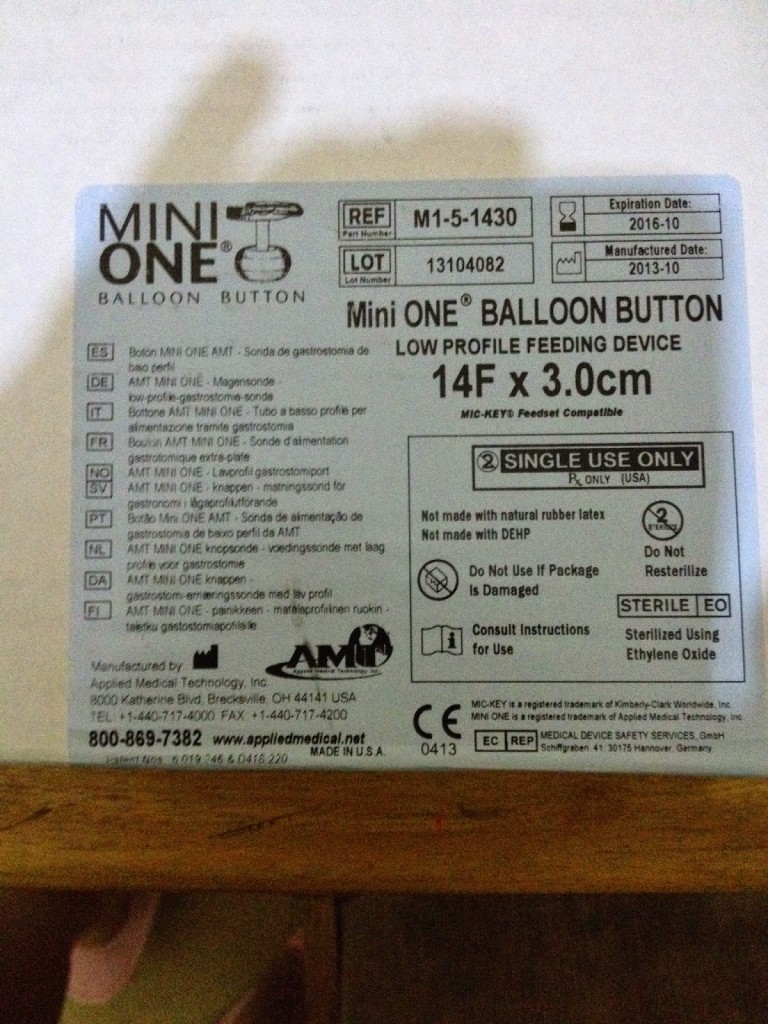 Emma continued to do a happy dance – squealing with joy!!
And you guessed it, B, the nurse arrived the next morning and
confirmed this is the EXACT DEVICE Elisha uses.
The exact one!

I mean, the exact one!

Not a hair difference.


THREE…
{Interestingly, three is the number in scripture which means ‘completion’}
And to think of all the circumstances the Lord arranged
over the years
to bring a very specific and much needed device to a
precious little orphan Gem named Elisha.
Our Gasp-giving God!
All praise and honor to the King of Kings!!
He is a.m.a.z.i.n.g.
and
let the world know –
God surely loves the orphan!!!