Today was a long, long day, but there were a few sweet baby steps which make us want to throw a party!!  Go ahead have that extra dish of ice cream on us – we’re celebrating Pearl Bonnie!!

Yesterday after getting Pearl, she just was not a fan.  So at supper I fed her.  It was pretty funny.  She would not turn toward me, yet she was hungry and opened her mouth with each bite…sitting perfectly still and stiff, facing straight ahead.  We giggled, she was not about to let on like she might like me.  No way.  No how.

Earning trust has to be intentional and sometimes it takes weeks and even months.  But adoption is so intricate and wewe have to be in it for the long haul…and sometimes it happens rather quickly, other times it’s one step forward, 3 back. 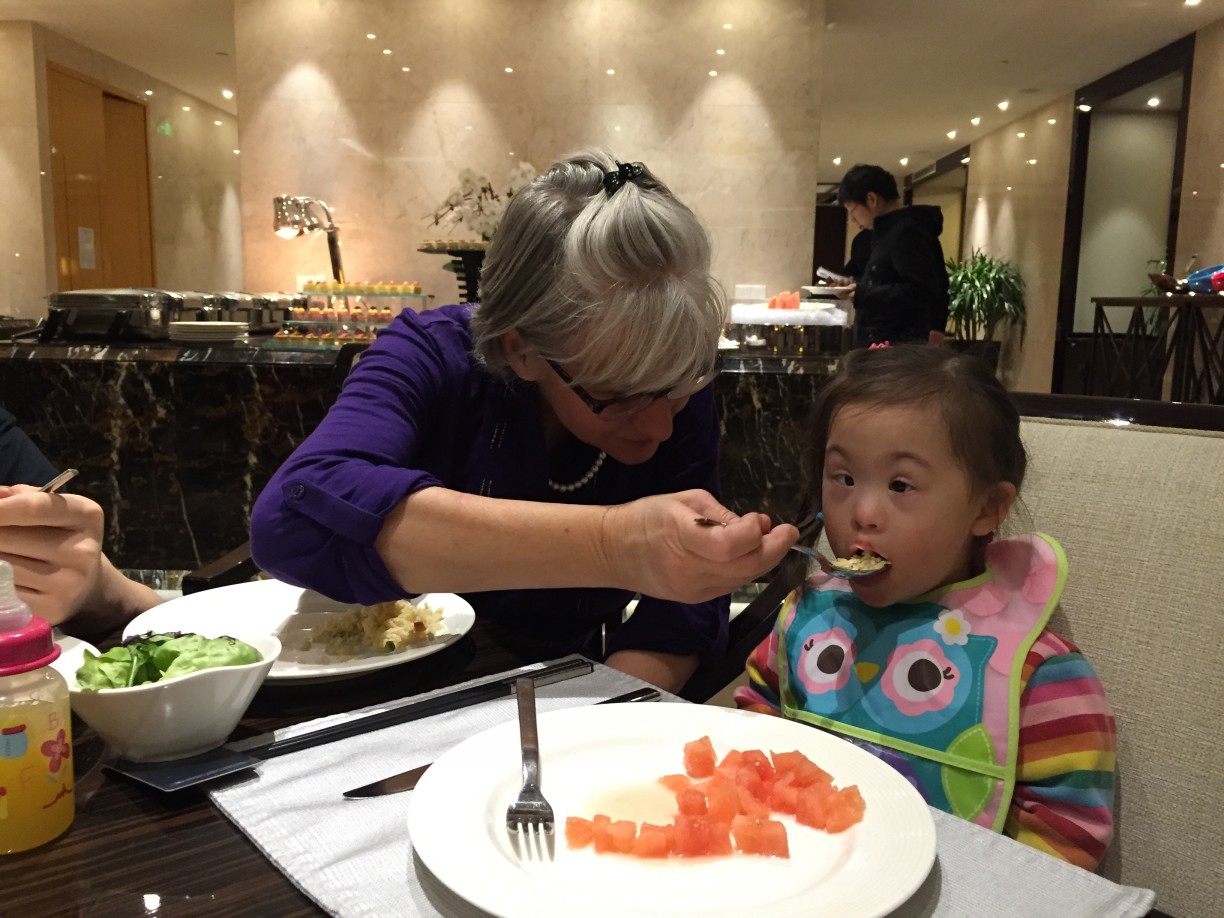 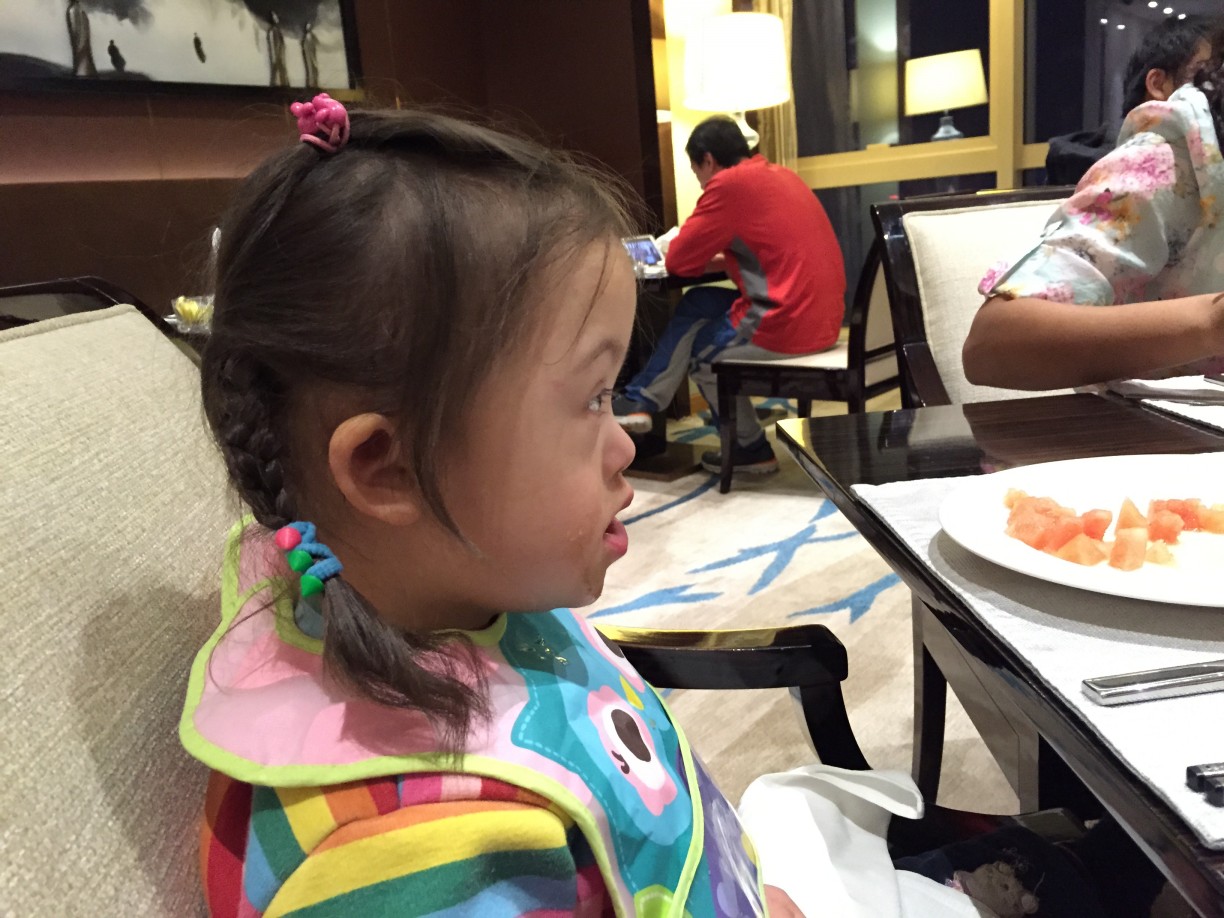 After dinner I bathed her and then she played for about 45 minutes on the bed with a little blanket…at one point a little smile appeared.  My heart leapt! 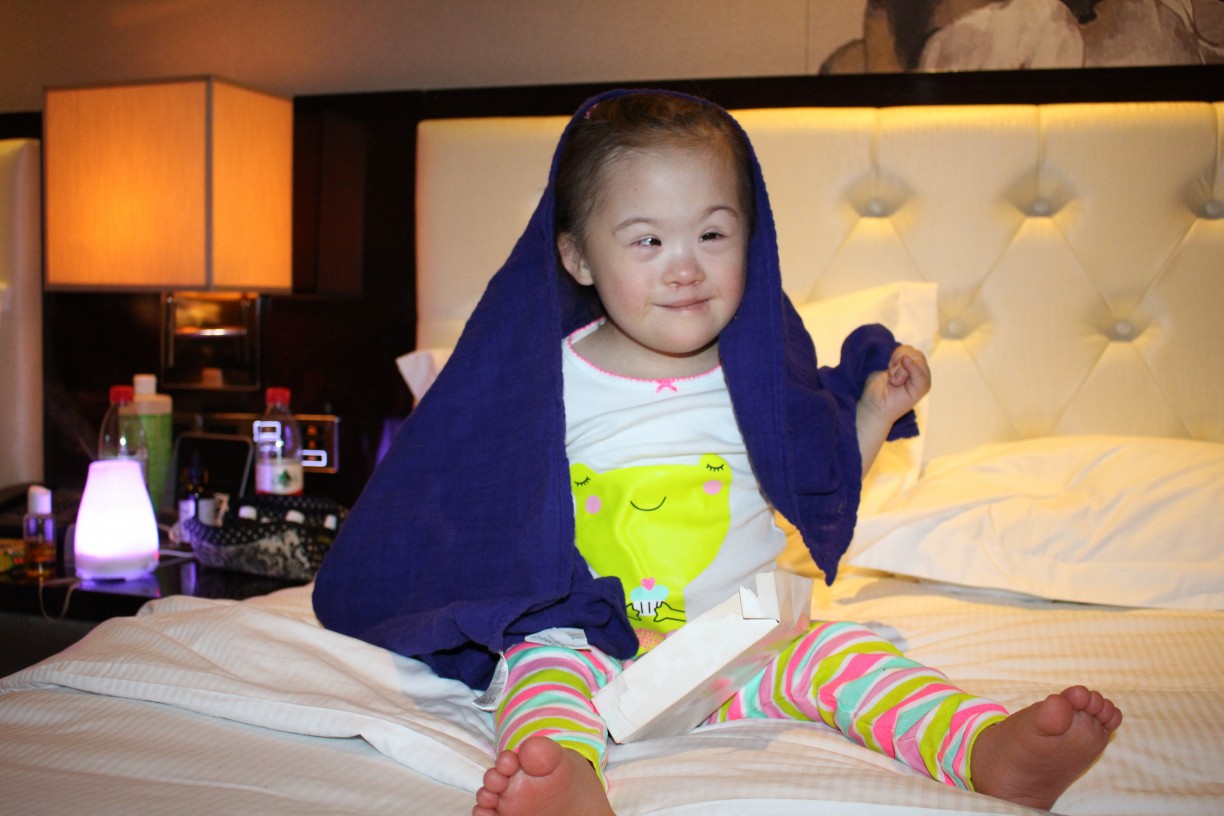 This morning I shifted gears a bit.

Pearly and I had to go to have her adoption finalized and to another office, which had 6 flights of stairs so we were advised not to take Vernon.  Liberty, of course, stayed with him.   I decided to double my efforts and took on my lap to eat.  She seemed to think that was okay, I mean, who wouldn’t?  Food was involved. 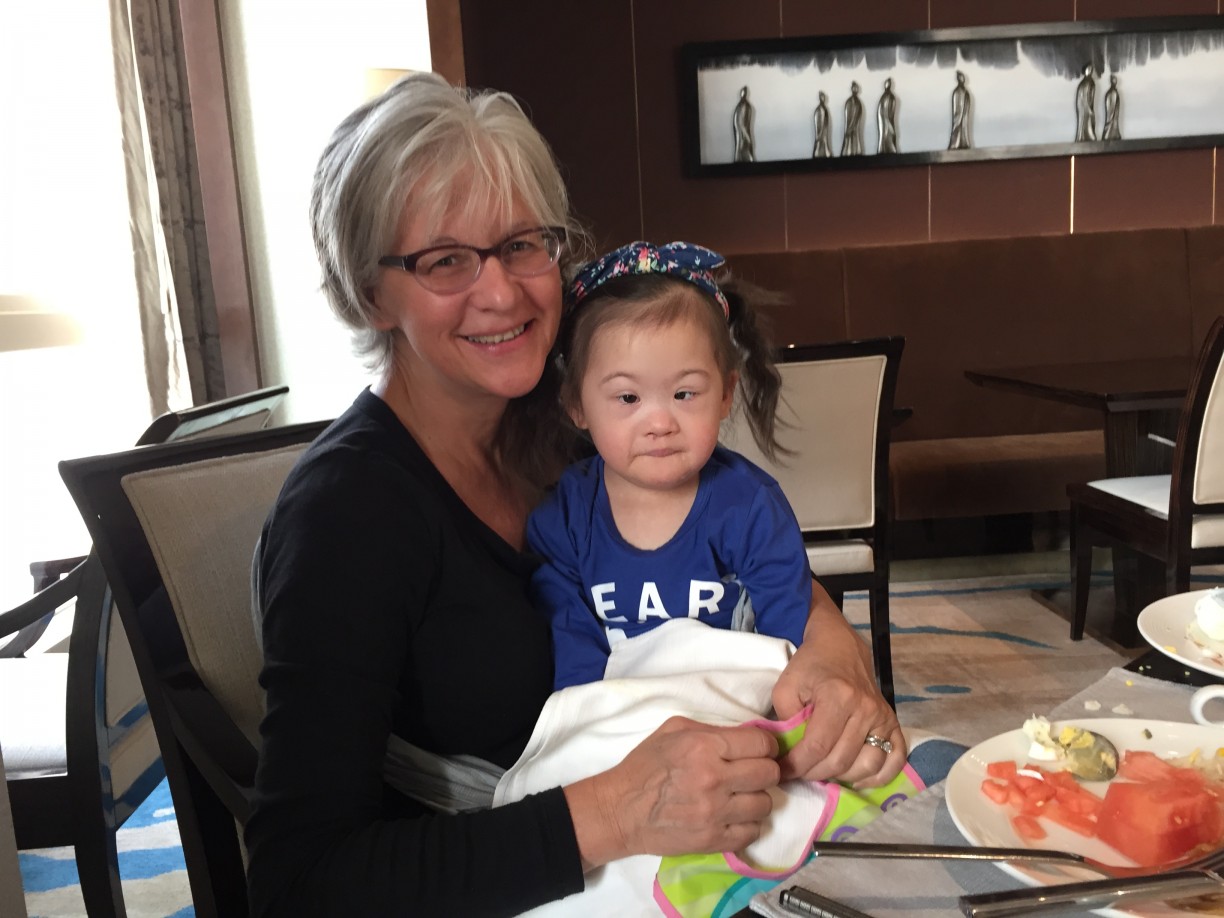 After a rush breakfast, it was time to go to finalize her adoption!

Other than that arching her back thing while crying loudly the second I left our room, to the elevator,  wailing as the elevator stopped at different floors and continuing her public announcement that she was not happy, as she and I walked up to the group…yeah, that thing…  She’s done amazing.

I’m really thinking Pearl’s wailing was all a cover-up for the joy she’s really feeling.  She’s probably one of those girls who’s reasoning, “I do not want my mommy to think that I’m excited to be out with her alone!”  Totally.

She actually played the entire time to and from the city {2.5 hours each way} that she was born in as we went for her passport appointment – Liberty had her giggling.  It was soooo precious. 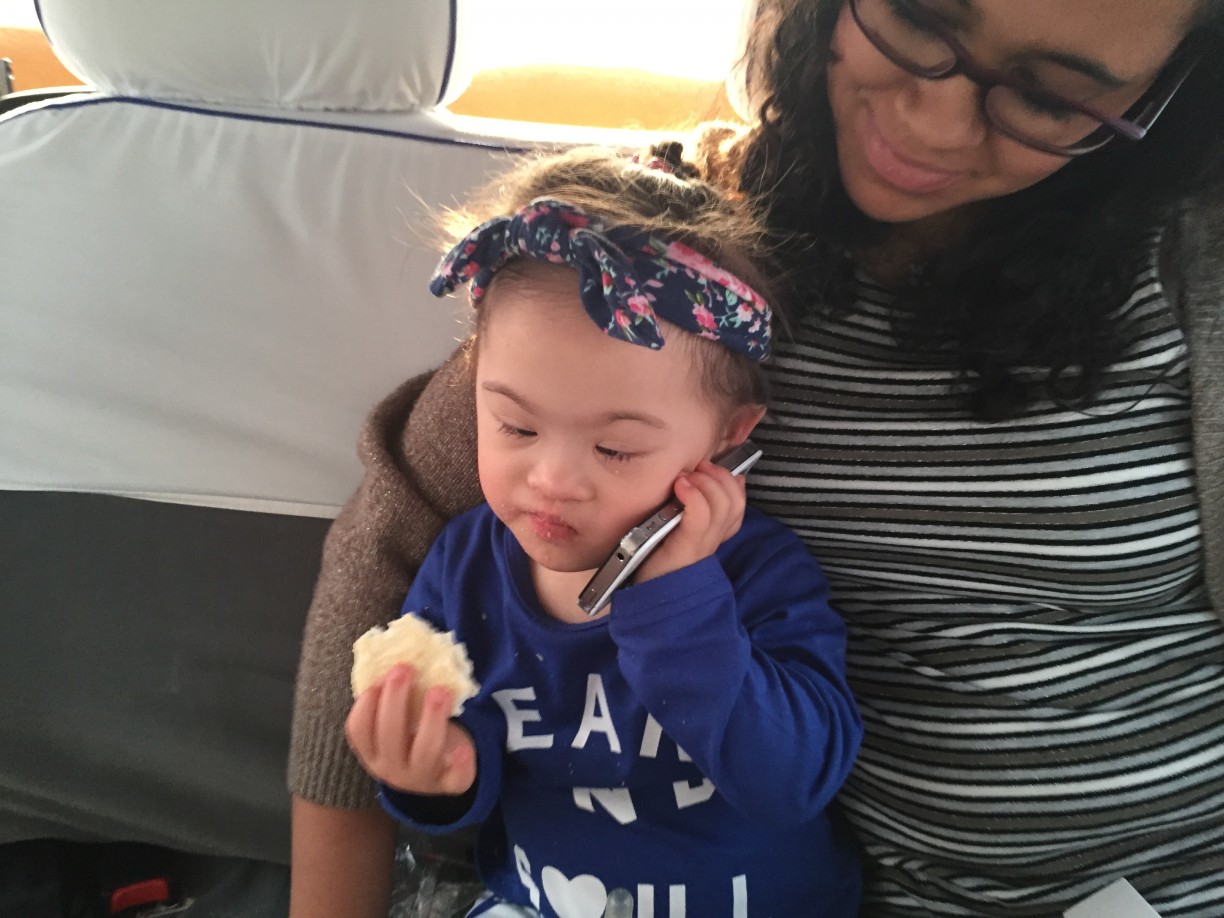 No doubt – she’s a perfect fit!

22 thoughts on “The Smiles”