Having never had a medically fragile little one, we had no idea what to expect when we brought our little Ruby home.  We just knew that God had orchestrated her adoption out of the blue, her life mattered and we were confidant that we needed her just as much as she needed us!

Getting her home was our goal.  If you’ve read the book I wrote, Rescuing Ruby, you will know that Ruby’s life was much more fragile then any of us had understood.  And while still in Africa I began to understand why the doctor’s had said that they thought she would never do anything.

Of course, since Ruby came home 5 years ago we have seen God do the miraculous in and through her life!  With each video text I send her neurosurgeon he responds with complete astonishment!

Well for the last five years we have not seen Ruby use her right hand or leg basically at all.  We have worked with her to, but have been largely unsuccessful.  Because of her significant brain trauma we all figured that it had greatly affected her right side.

Little did we know that Ruby had a secret she was keeping!

On election night we were invited to our friends Stan and Shelby’s home for dinner.  We had done election night four years earlier and were tickled to join them again!

Well little did we know that Ruby was about to reveal a little secret she had been keeping!  What a crazy-amazing surprise was about to be revealed!

We arrived and wheeled over to the kitchen and family room area.

Stan and Shelby’s home is largely open in the kitchen, dining and family room area.  Rolling Ruby into the room with all of us, without any warning, Ruby literally put both of her hands on her two wheels and took off with both hands wheeling her own chair!  She wheeled herself this way and wheeled herself  that way. 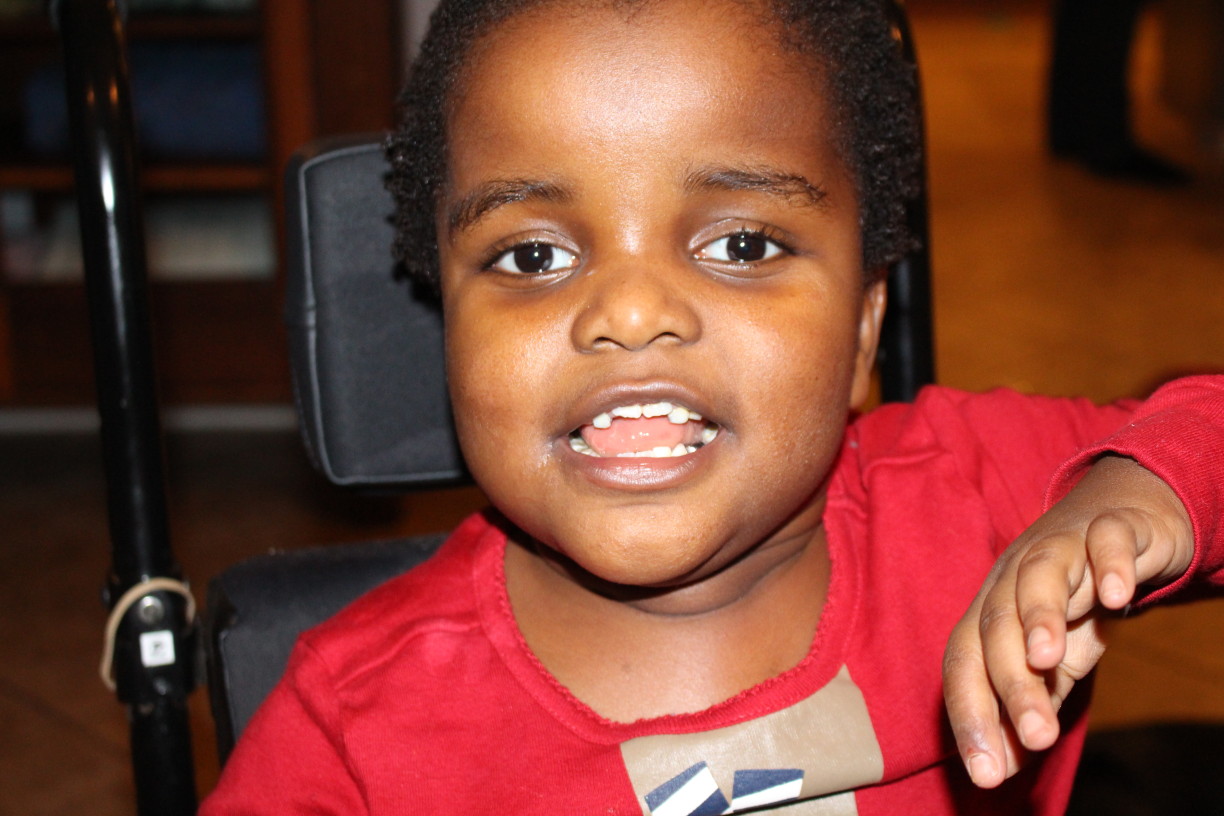 I was so dumbfounded that I failed to get a video of her doing it her first time!  I literally had my mouth gaping open!  We had no idea that she could use her right arm at all!!

We went home and the next day moved furniture to allow her space to GO, GO, GOOOO!

Anyway, I have worked at recording a video now for you all to see!  Literally, this chick is busy, busy, busy!  And she is so pleased!  Watch for yourself!  You really won’t believe it!  God’s healing continues!!

Ruby’s journey of healing reminds us that God is never finished with any of us.  He is the miraculous God who can move any mountain in your way, change the hearts of each government official needed, heal any broken body, rescue any person from anything, provide anything needed, orchestrate situations that were deemed impossible…He can do ANYTHING!

Our precious Ruby is proof-positive!