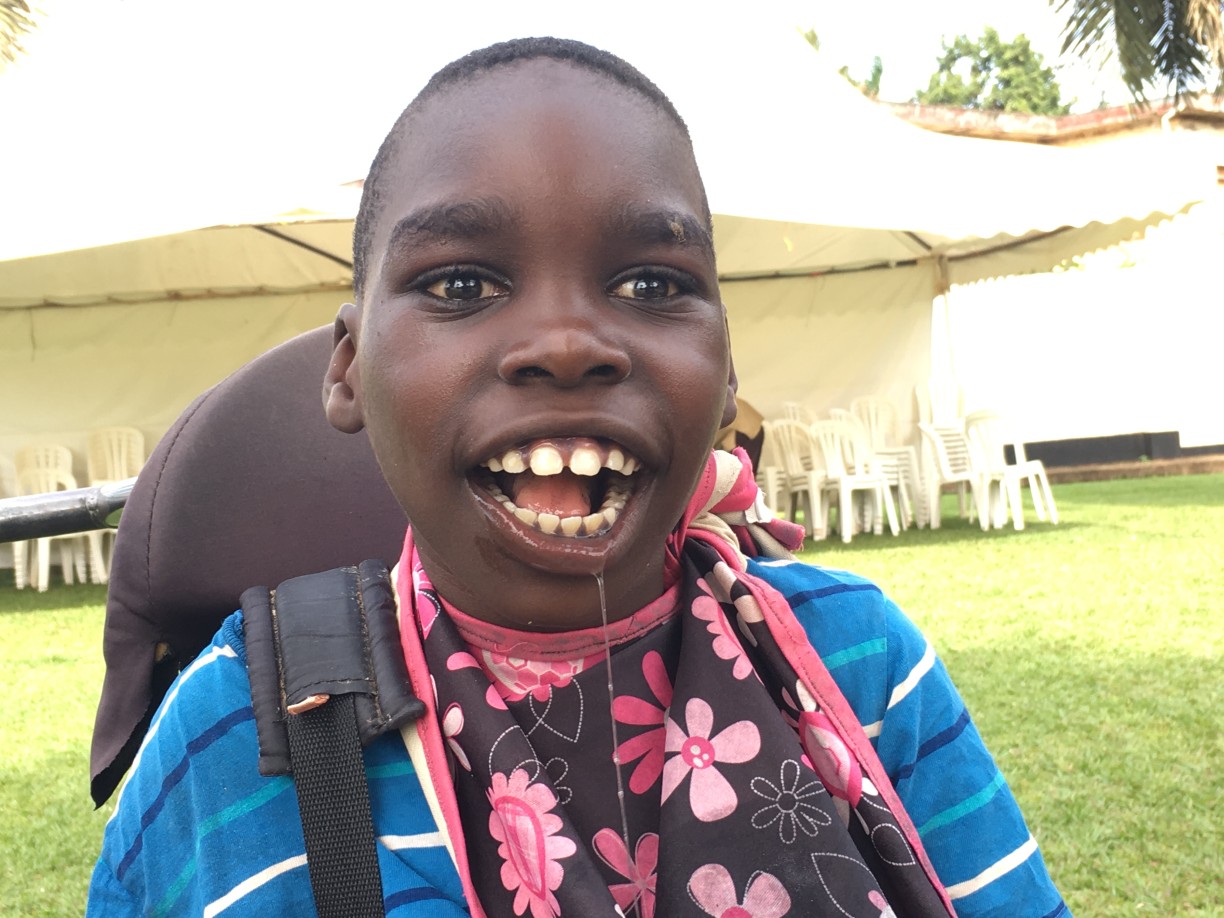 Make no mistake!!  This handsome Gem is just like all the other little boys (and girls) you and I know.  His body may be broken, he may be non-verbal and he may not be able to get about himself, but Collins loves everything nine-year-old boys love! Of course he does.

Over the years, I’ve had people (both young and old) tell me they don’t know what to do around special needs treasures.

Friends, if you happen to fall into that category, here’s a tip:  You do to them, just like you would do to any other non-special needs treasure: tell jokes, play a game, run with them, ask them questions, tell them about your life, help them color, talk to them just like you would anyone else.

Basically this is a simple rule of thumb:  Do to them, as you would want someone to do to you if you were in their situation!

Many, many, many are just trapped inside a very broken body!  Most love all the stuff you love, even if they can’t do any of it without help!   Put yourself in their wheels (or walker) and dive in with genuine love and you just can’t ever go wrong!

Really!!  From the bottom of my heart – as a mom to many broken treasures, there is nothing that thrills my heart more than having someone take the time to be kind, loving and tender toward my sweet pile!  Seriously, those who have taken the time to love on them become my favoritest people in the whole wide world! 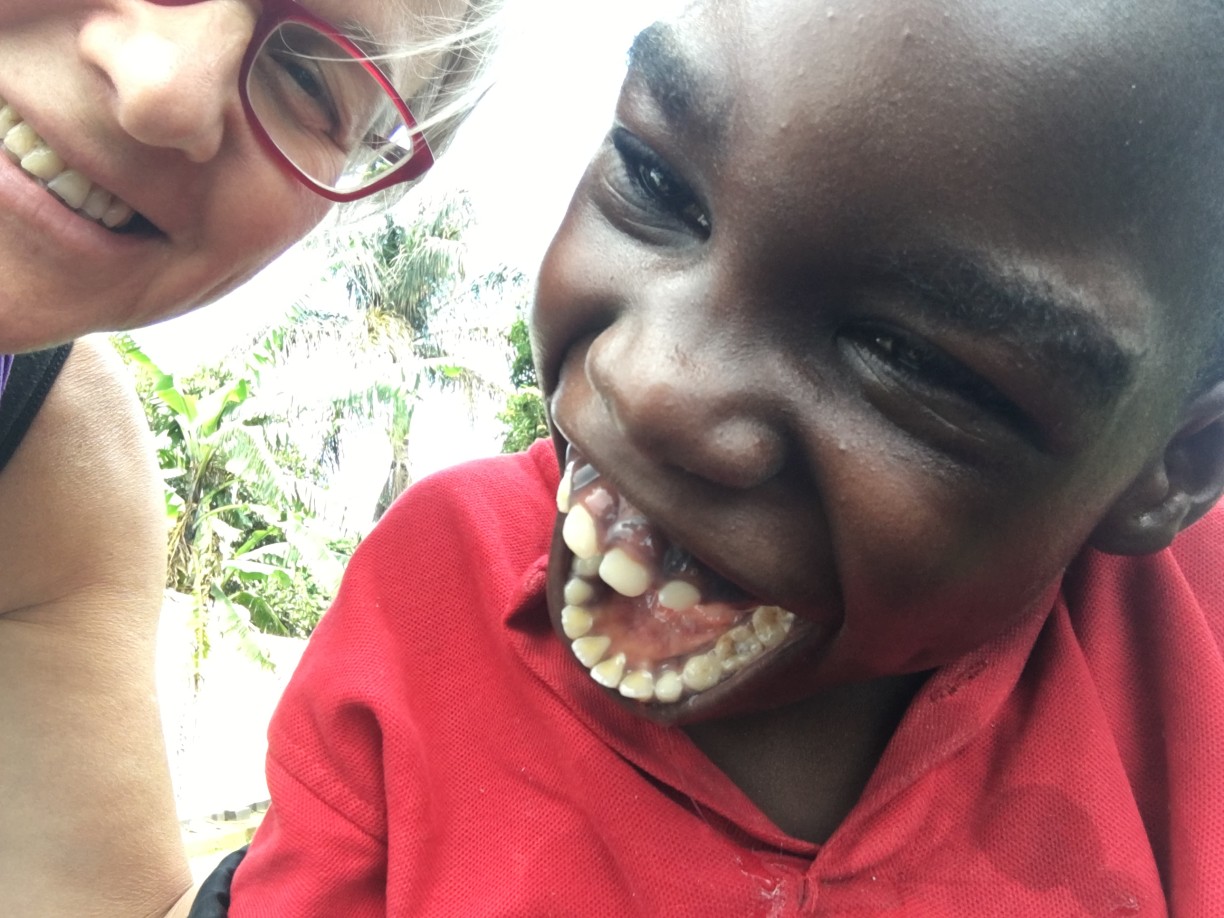 Yes! Even treasures with severe cognitive delays want to be talked to just like everyone else.  Why? Because everyone wants to know, deep in their hearts, that they have immeasurable value.  When we spend time talking, playing, engaging we are telling each person, “You matter to me! The world needs you! You are infinitely important and you definitely have great value!”  It doesn’t matter if someone’s body is twisted or they have trouble swallowing their saliva or they don’t form words easily (or at all).  They were made by our creator for a purpose!  They are no mistake!  As I’ve said many, many, many times before:  The world would be a better place if each family had a Ruby or a Birdie or a Jubilee!

Last fall, while at The Gem Foundation, we were all out on the lawn together.  Wheelchairs everywhere, some nannies were talking to their Gems, some singing, some playing with their Gems.   I had gravitated over toward Collins.  His smile stole my heart the first day I met him. His joy is undeniable! That smile of his is completely contagious.  Even typing this, I smile thinking of his smile.  He’s adorable. 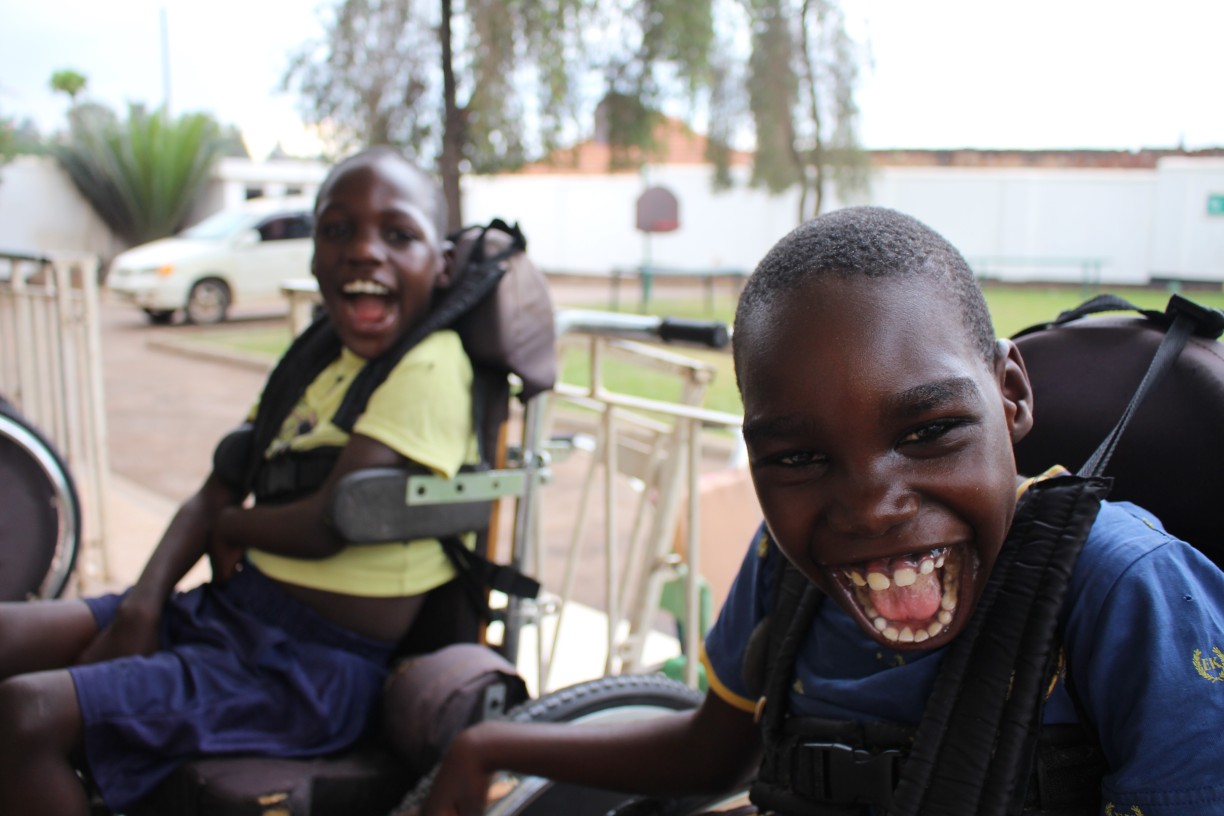 Suddenly I thought, “Collins is 8.  I bet he’d like to chase the chickens!”  So I unlocked his chair and shouted to him as I took off in a run, “Collins! Let’s chase the chickens!”   He squealed and giggled and as fast as my silver-haired body could go we ran all over the back of the compound.   The chickens did scurry in different directions, which made us both giggle loudly!  It was such a blast! It was definitely one of my most favorite memories ever!!

When I arrived back in Uganda a couple of weeks ago the second I saw Collins I asked him if he was going to chase chickens with me.  He beamed and squealed!

As it turns out, one of the days the Gems were outside the piglets had broke out of their pen…which meant it was a piglet-chasing-kind-of day!  Squeals ensued!  See for yourself!

After we chased pigs for awhile, Susan, one of the nannies was walking another the Gem and so Collins and I ran up alongside Susan and Caleb and I shouted, “Race ya!” and Collins and I took off with a slight head start!  It was a complete blast!

Nine-year-old boys – chasing chickens or piglets or racing each other – because that’s what nine-year-olds do!!

PS.  Wanna’ love on the Gems?  There are two spaces still for the May GO Team that Dw is leading.  And there is still space for the October GO Team with me. For more information:  Office@InternationalVoiceOfTheOrphan.com