Recently Ruby, John and I sat at the table as he enjoyed some French apple pie and I fed Ruby pumpkin pie.

Our Johnny is a great conversationalist.  He thinks deeply, engages well and has opened up about much of his life.  His English is rockin’ as he’s been home now for 2 years and 8 months.   Adopting an aging-out son was not something we had done before.  The oldest ones we had brought home were Jubilee who was 8 and Nehemiah who was 9 so this was kinda’ unchartered waters adopting an almost 14-year-old son.

Since Johnny came home I’ve told him he’s the bravest teenager I know.  He literally faced who-knows-what as he took the train to the Civil Affairs office that day to meet Liberty and I.  His future was completely uncertain, I mean, at least in Ch*na he knew what he had.  All the unknowns had to be the scariest thing ever.  Everything in his world was about to change! At the end of the train ride his life would forever be different.  He’d live in a family, have siblings, new food, a new country, a new language, a different bed, even different weather and a very different future.  Oh the courage he had!

His early years in orphanage care Johnny had lived with much heartache.  Caregivers over the years had caused him intentional pain. To complicate matters no one had ever even explained cerebral palsy to him.  He just knew his body was broken but no understanding as to why – he wondered if he had done something to cause it!!  Can you imagine???

The unbearable thing is that there are treasures just like our Johnny in orphanages all over the world enduring unimaginable things while longing desperately for a family yet completely unable to do a dang thing about it.  I can’t imagine the heartbreaking hours day after day silently waiting, wondering and just barely surviving….

But the amazing thing is that his story didn’t end there but completely changed that day in Nanning, China.  By God’s grace you, too, can change the end of someone’s story.  Even if you are thinking, “But we’re old!”.  All I can say is “Old-Schmold!  Ask any orphan if they would rather have old parents or no parents and they will definitely pick the old ones hands down every day of the year!”  They don’t care! All they want is to know is that they are loved, wanted and have a family forever.  That’s it.  They want to know they are safe, protected and cherished unconditionally.

As we were talking, he and Ruby eating pie, Johnny posed this question to:  “Mom, what’s the greatest gift you’ve ever been given besides Jesus and all of us kids?”  (I love that he knew these were my greatest gifts! This kid pays attention.)  We talked for a bit and then I asked him, “Johnny, what’s the greatest gift you’ve ever been given?”   His answer took me back as I really had no clue what he would say.  Boys this age might say, ‘The Wii game I got for Christmas – who knows!  But without hesitation he spoke enthusiastically, “YOU mom!  You are God’s best gift to me.  You love me!”   A lump formed in my throat as my eyes welled with tears.

Our Johnny doesn’t care one speck that I am 60-years-old, that I have silver hair and that I don’t know how to make gourmet Chinese dishes…. He just longed to be loved. That’s it.  Just loved.

On behalf of all the Johnnys, Nehemiahs, Birdies, Rubys, Isaiahs, Autumns, Tylers, Elijahs, Libertys, Elizabeths, and Jubilees longing for a family… 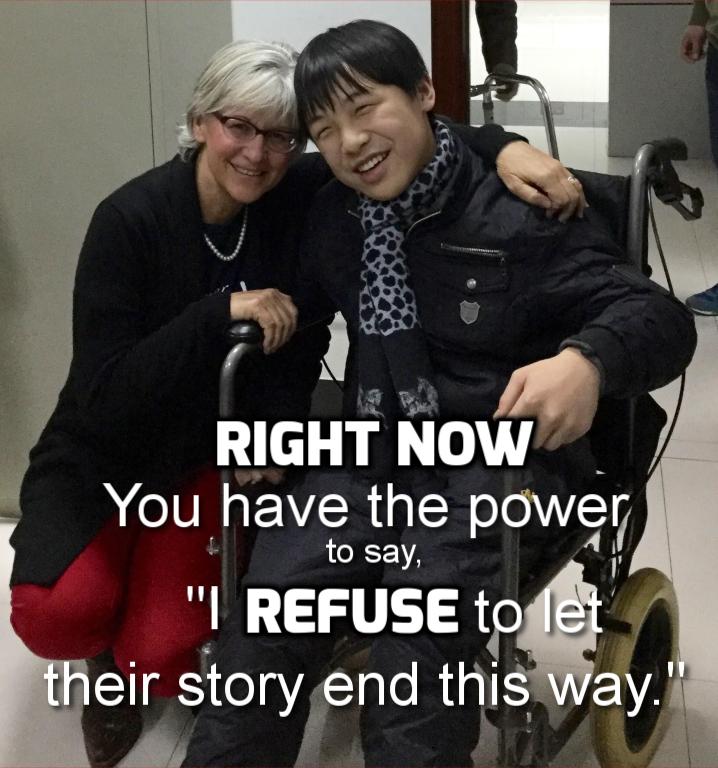 4 thoughts on “The End of His Story”