Skip to content
Facebook Twitter Instagram
Search
Close
A few years back a friend texted me to tell me that Ch*na had changed their adoption laws and Dw and I were not too old to adopt and, of course, I was giddy!  Then she texted me the face of a young boy waiting.  He was about to turn 13 and we know what that means!  In Ch*na, when a child turns 14 they are no longer eligible for adoption.  Later we heard through the grapevine that this same young boy had been praying for a family – specifically a pastor’s family because he wanted his dad to be a pastor.
At 13 he had watched most of his close friends leave with their families. Yet he waited and prayed.  Along the way a few cruel nannies had enjoyed him watching his friend’s leave and would taunt him, “Look at your body!  You are so much work!  No one would ever want you!!  You will never have anything!  You are too hard to take care of!”
But our faithful, loving and all-powerful God was listening to his simple, faith-filled prayers and unbeknownst to him, our God was moving some mighty big mountains that stood between him and his family!  Think about it – the laws were such that Dw and I were “too old” to adopt…yet God even changed the laws (for us and so many others)!
Then there was the financial end – our family income was one quarter of what Ch*na would require for a family of our size.  Our agency questioned, “Can you figure a way to raise your income?  If you can then we will try and see what they will say.” We kept praying and in the meantime on the other side of the world a broken-bodied orphan (totally unaware that we were trying to bring him home) continued to pray, believe and hope.  And over in Arizona we were praying and believing that God was going to do something miraculous to allow us to bring him home.
In a few months we were able to raise our income a speck and we reminded our agency that we own our home free and clear with zero mortgage debt and they agreed to try.  They told us, “Ch*na may say a flat-out ‘no’, they may want more information, they may take a long time or they may just say ‘yes’.”  We submitted our Letter of Intent and waited.  Just three days later our agency called – Ch*na had said, “YES!”  We laughed and cried and praised our astoundingly faithful God!  The odds were near nil and yet God moved!  He is so incredibly good! 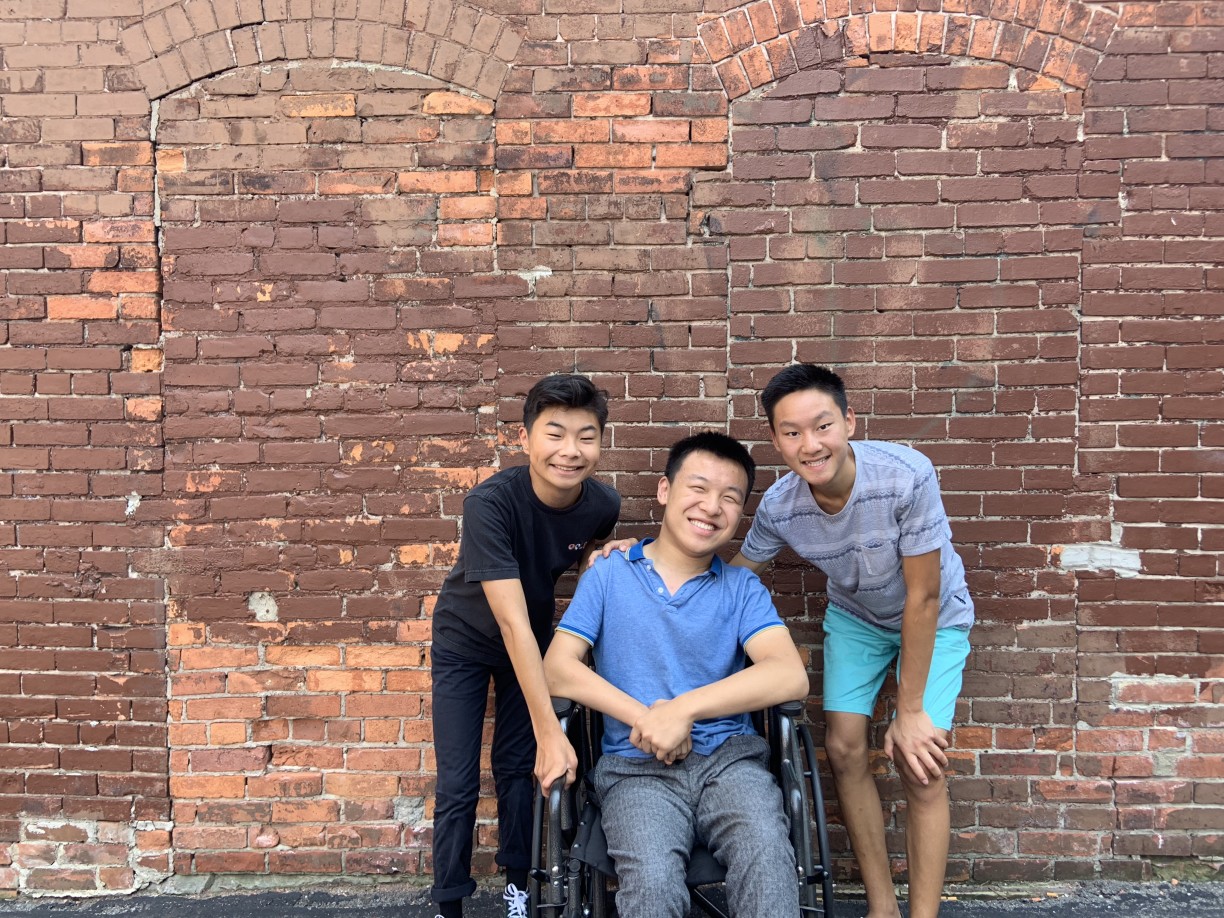 And to be honest, knowing now that some people were so cruel to our son and many times told him such hateful things, there is some sweet satisfaction to this mama’s soul knowing that they were stinkin’ dead wrong!  Yes, we know Johnny’s body is broken, but his diagnosis, limitations or needs definitely do not define him.  I wish everyone could meet him – he is such a treasure and boy-oh-boy can that kid of ours pray! We’ve said it forever – the only true special need any child has is for a family!
I questioned our agency after Johnny came home, “What happens to kids when they age out?”  Their response?
Frankly, older child adoption has grabbed my heart as well as special needs adoption.  So very many treasures near the end of their chance to be adopted…and so few people willing to step up to the plate.  I just have a hard time reconciling the “it’s not my problem” attitude with the Bible verse, “Do to others as you would want them to do to you.”  I wish everyone (and I really mean everyone) who even gave a fleeting thought to adoption would come spend a few days with us.  Sure, our family is far from perfect, we have dealt with all kinds of struggles but good gracious do we ever have a precious pile of treasures lovingly gathered from all over the world.  Oh how I long for every.single.child. to be in a family – forever!  I can’t even begin to comprehend what God thinks about it.
And on that note…here’s another young man actually named John…waiting…his story is below the pictures… 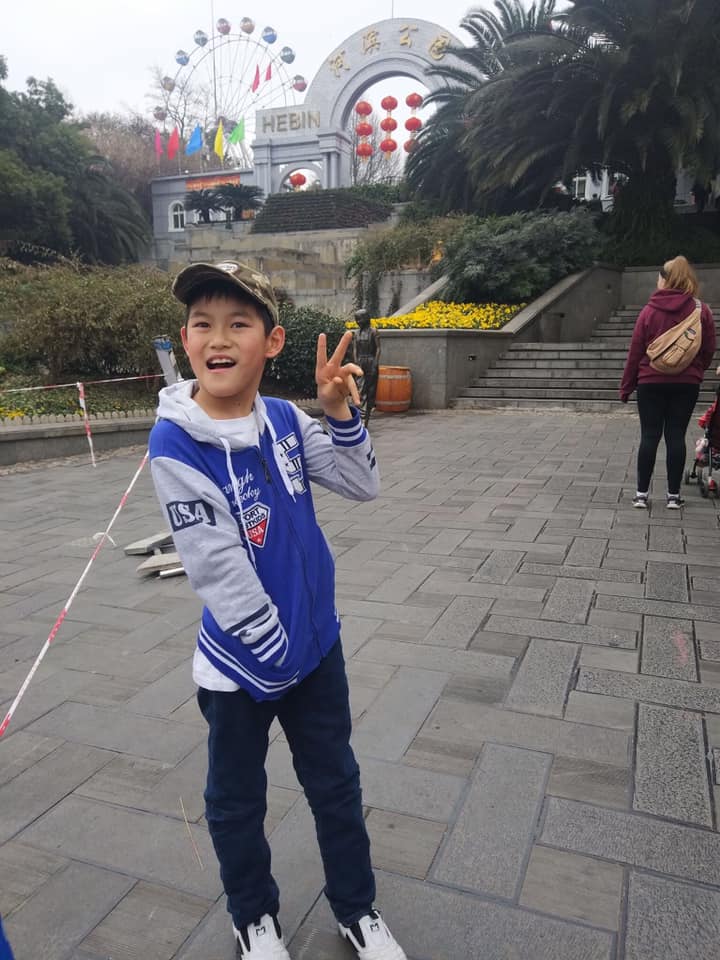 A Little About John from Joyful Life Waiting Children:

The clock is ticking. The race to John must begin SOON in order to have him home by his 14th birthday in November. Please look at this picture of John from a little over a year ago… he was so happy to be at his favorite amusement park.I will never in a million years forget this day. His laughter was contagious. He ran from ride to ride, pointing and grabbing each of our hands – wanting us to squeeze in a seat next to him. He posed for every picture. He couldn’t stop telling us his favorite part of each ride. Yet, as happy as he was that day, nothing could compare to the joy in his eyes when his foster dad took him on a walk – just the two of them – to go buy snacks and a special treat. He stood up tall, turned his hat around backwards like a cool kid, and walked proudly next to his biggest role model.Fast forward one year.Everyday I think about him. He no longer lives with his loving foster family. He is in an institution. John has known what family-love is, and he misses it. My heart breaks into a million pieces when I think about him asking everyday when his family will come for him.But…“We could never adopt an older boy”
Really, though? Have you met John? Don’t you know, he only wants to be loved and cherished as a son or brother?“We could never adopt a child with cerebral palsy.”
Is a child not so much more than a diagnosis? Take a leap of faith. Do what God has commanded. Love the least of these. Please, love John. He’s one phenomenal kid. 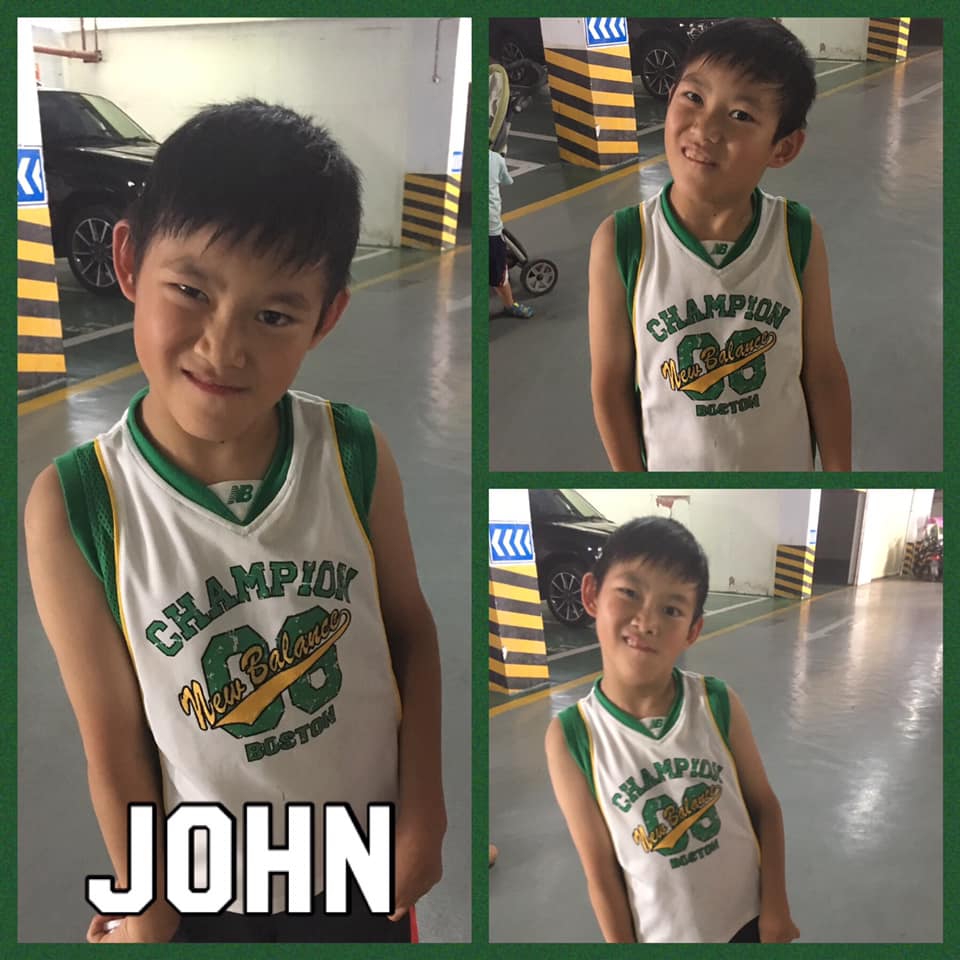 Pray hard dear friend. Start praying now, we’re praying with you. We’re praying for hesitant family members to have God get ahold of their hearts. We’re praying for miraculous financial provisions. Now more than ever, we know that God cares for the orphan AND the family pursuing them.Won’t you pursue John? He’s waited long enough.

AND here’s another young man waiting… 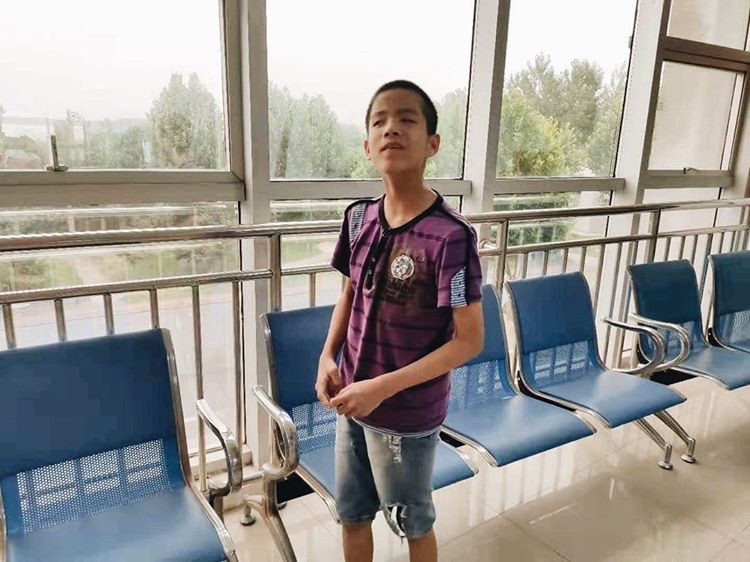 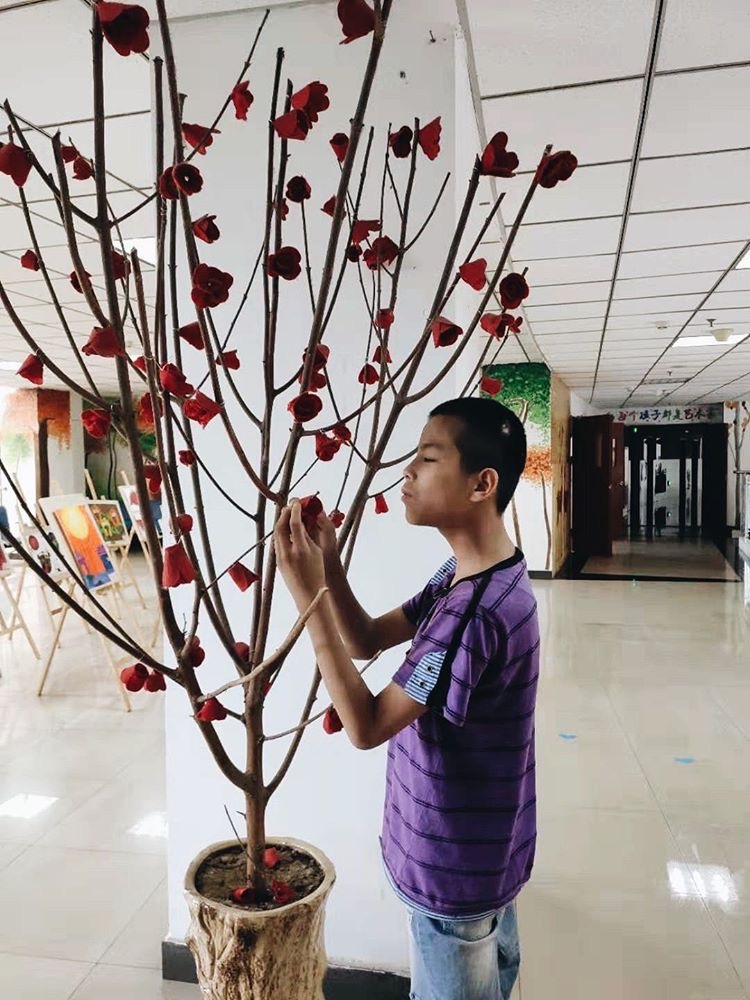 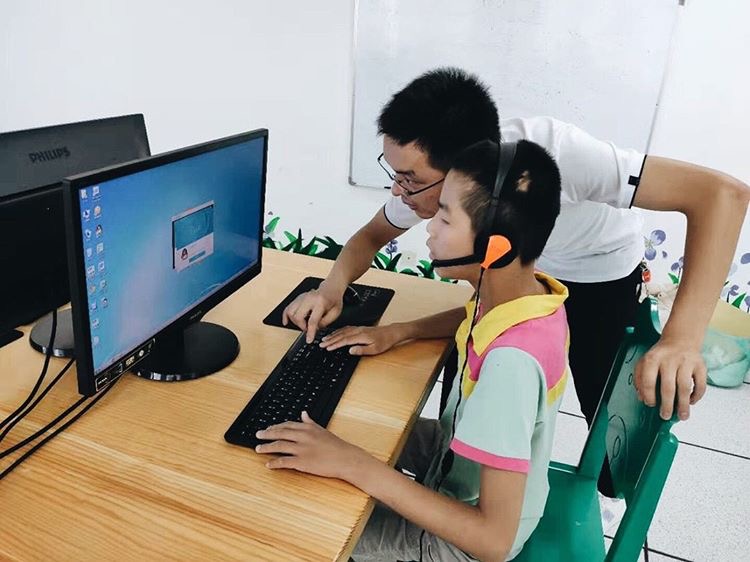 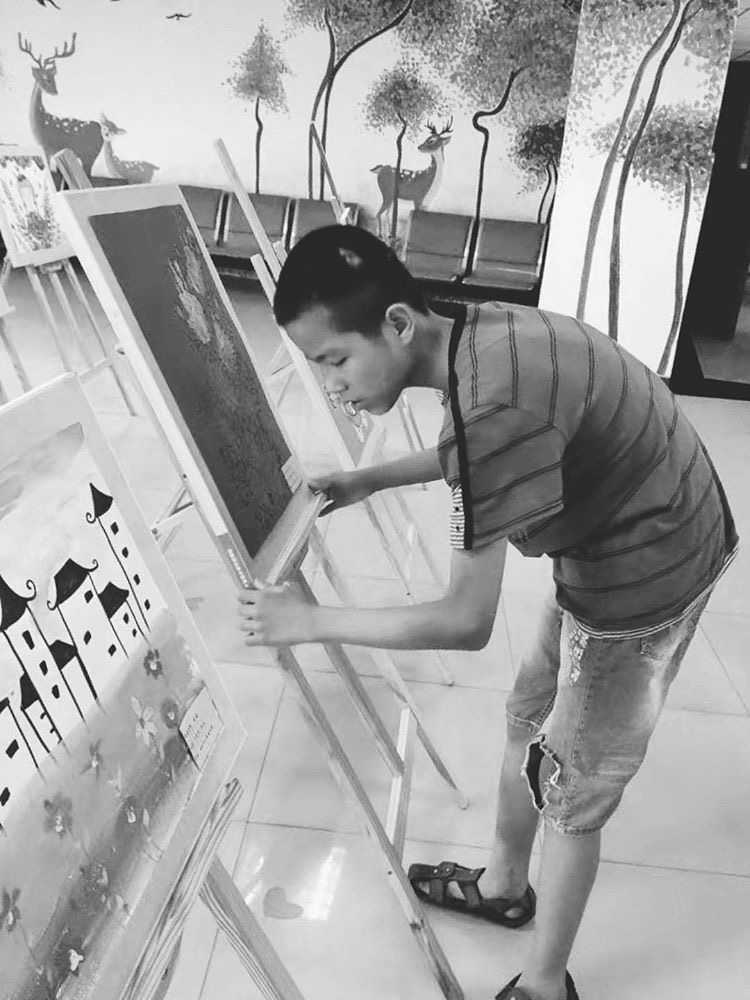 More from The Archibald Project:

Adoption is hard.  We know that this decision is heavy and it should be.  Please, if you are seriously considering adoption Langston, talk and pray with your community, your family, and your friends.  We would love to put you in contact with other families who have adopted visually impaired teenagers from Bethel.

Langston is an incredibly talented 13 year old boy who used to be a student in a Bethel teacher’s classroom.   Langston is described as talkative, fairly extroverted, and active.  He enjoys listening to music, singing, and playing the piano.  Most days he can be found practicing his piano before and after school and he has even performed piano on TV.

Langston gets along well with his peers and likes to play games. He can skip, jump, and go up and down stairs unassisted.  Langston’s file indicates that he attends school for the blind and can read braille.  He is a hard worker and recently received an award for “Outstanding Progress.”  Langston also has a minor hearing impairment, but clearly that doesn’t get in his way!

Due to the time sensitivities around Langston’s case, in order for you to consider adopting him, you would need to travel to China and adopt him before the end of September.  A family could start the process from scratch, but they would need to expedite every part of the process and work with an experienced agency.  So ideally a family would already be in the home study process.  They must also qualify for Chinese adoption as China is no longer accepting waivers at this time.

Pray that Langston would find a family!  Pray that God would bring people into Langston’s life throughout his life that would love him.

“Do to others whatever you would like them to do to you.”

3 thoughts on “Our Son Johnny”