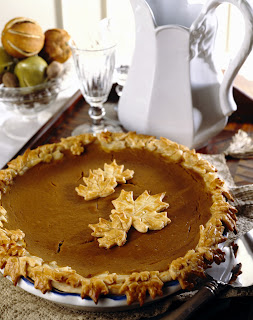 I have seen on many blogs some special days (like Wordless Wednesdays and Not-Me Mondays) ….and so I decided I wanted to make for myself Thankful Thursdays. Who knows, maybe one day it will even catch and other bloggers will begin to do Thankful Thursday?

Face it, we as a nation, and we as a people, are not usually born thankful. I know in our house it seems that it far easier to complain then be thankful. Many, many years ago the Lord gave me an idea for a little game. One day we were driving in the car, and my now grown kids were little tots riding along and the complaining was starting up. “I’m hot”, “He’s looking at my book”, “She keeps repeating everything I say”, “When are we going to be there?”, “I’m hungry”, “She keeps staring at me”…..blah, blah, blah.

On a sidenote….We all know people who seem to spend their lives complaining. I can think of one particular woman we know. Even my kids have noticed it about her (all on their own). She makes it so not fun to be around and she is well into her 40’s. She complains about everything and anything. (Life really is all about her! Ooops! Did I say that?)

So that particular day years ago the Lord gave me an idea and I said, “Let’s play a little game, let’s start with you Autumn, tell us ten things you’re thankful for.” So Autumn started naming ten things…then I moved to Abigail and then on to Tyler….then it was my turn and then it was Dw’s. Before long the entire attitude of the car had changed and we were laughing and talking and enjoying our ride.

Over the years we have played the game thousands and thousands of times. We have heard some of the most random, non-assuming things that our kids have come up with to be thankful for. A couple of years ago when Abigail was first married we were talking on the phone. She said, “Ryan was being grumpy mom, so I made him play the Thankful Game.” I confess, I was kind of tickled. The tradition is being carried on to my grown kids and their families.

So from here on out, this blogger chick is going to play Thankful Thursdays….and if you’re not too chicken, sometime post a comment about what you’re thankful for – the skies the limit, everything and anything!

6. I’m thankful I live in a country that allows orphan children around the world to come home.

What are you thankful for this Thankful Thursday??

9 thoughts on “How About Thankful Thursdays???”