Skip to content
Facebook Twitter Instagram
Search
Close
A couple of months ago I mentioned that
for a long season I had been in a funk and
how the Lord had shown me something that needed
to be changed and I finally felt like I was getting
my game back.
When I lightheartedly mentioned doing something
different to get my game back, I had no intention of sharing
any of this.  I didn’t.  Not at all.
My health has been a very personal issue
and not something I have talked all that much
about.  However, many of you responded wondering
what exactly “it” was because you could relate.
Hmmm.
I needed to pray about it and chat with the Lord about
it…because I already share a lot of our lives.  And I really
am a very private person {the Lord undoubtedly enjoys
that aspect of how He wired me since He blessed me
with this kinda’ public ministry}
and it was then that the Lord reminded me that
this Place Called Simplicity was His and that if He wanted
me to share it, I better share it.
Why exactly did I not want to share this?
A few reasons, but one being that I am not a
complainer nor am I a whiner.
Ever.
In no way do would I ever want the sharing of my
story to be seen as complaining,
whining, moaning or groaning.

And why would the Lord want me to share it?
Because actually there may be some one
else out there who has struggled even a speck
and this will change their life.
Truly, I wish I had read someone else’s story
that was like this many years ago,
it would have dramatically changed my life.
Now a couple of more months have passed
and “it” has become our new normal and this mama
is indeed forever grateful for His prodding about “it”.
On that note, I now willingly share my journey
and I joyfully invite you along
for the ride.
Please be nice.
It’s my journey and
even though there have been many twists,
turns, bumps, flops, ker-plunks,
times of soaring high and occasional thuds,
I really do thoroughly love my life.

I will tell my journey in parts as this is a long story
{and it’s so much easier for me to think in parts}
and Lord willing, in the next few days I will post part 2.
So on that note here’s my very personal journey
shared from my heart…..
Since I was a little girl I struggled with my health.
I was hospitalized for extended periods in elementary
school.  I had some very, very serious stuff
going on but all the medical professionals with
great expertise at the
Children’s Hospital just couldn’t figure out.
The symptoms were visible and real. Yet, test after test
after test and no one had any explanation.
I missed many, many, many days of school over the years.
On top of the health stuff, I couldn’t gain weight for anything.
As a junior in high school I weighed 87 pounds and I was
so stinkin’ embarrassed at how thin I was.   {Yes, yes, I know
many of you wish you had had that problem, but no,
really, you don’t.  It was awful.}  I desperately tried to
gain weight every single day
and the health struggle continued to torment
me with no answers.
I was actually a health “nut” – long before it was ‘vogue’.
My friends thought I was a weirdo that I ate unending
salads and most everything in it’s raw
form as much as possible, au natural you might say.
I was also an avid exerciser. 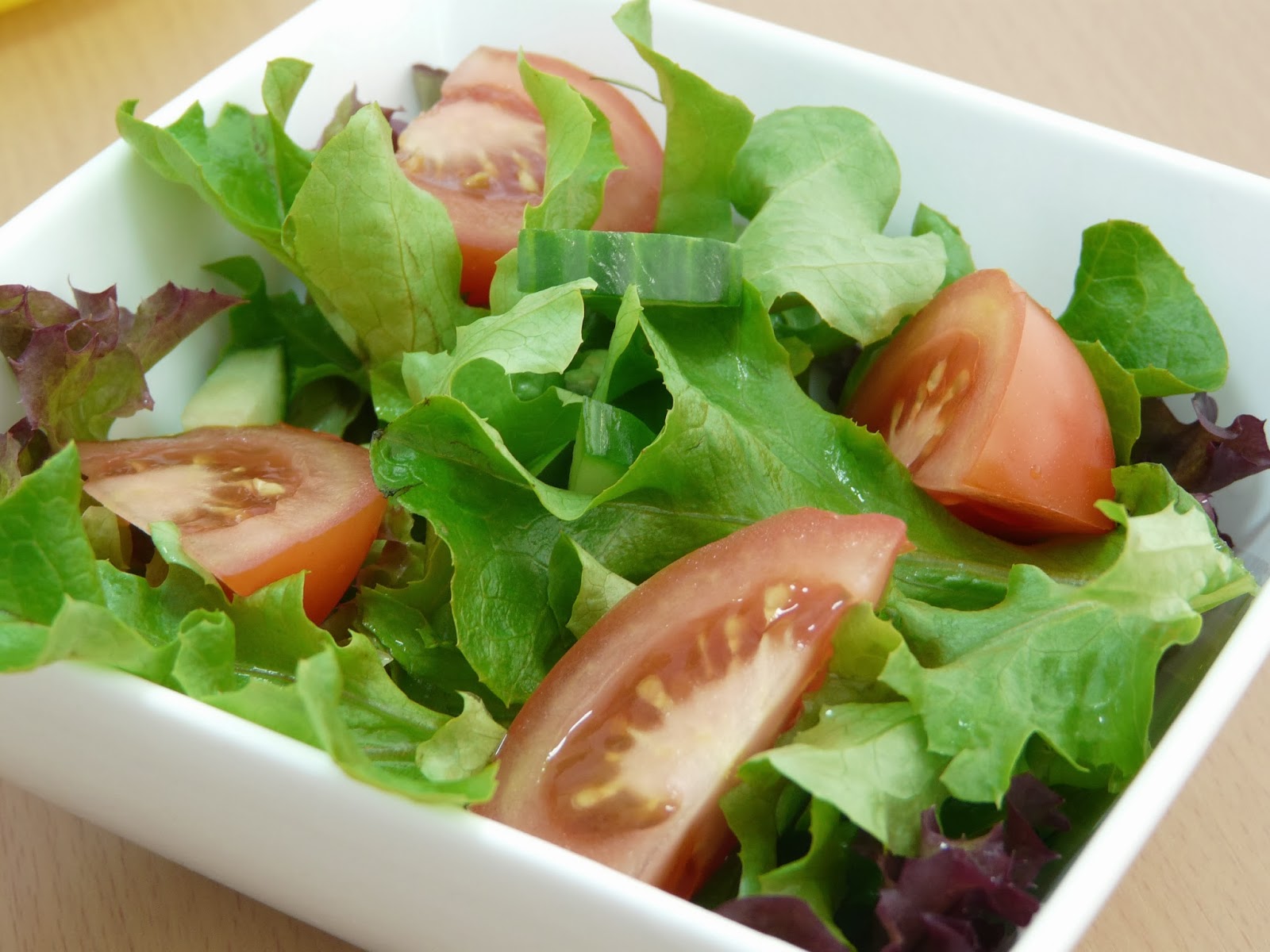 I had my first yukky symptoms of Multiple Sclerosis in 1988.
{As you know, the Lord has now graciously healed a large part of the MS}.
But at the time, those closest to me said,
“If you have MS,
there is surely no hope for us.  You have taken
such good care of yourself.”
Their words actually taunted me.

I flew to Florida for a second opinion from a
world-renowned MS specialist at the University of
Miami.  Together we counted the 17 lesions in my brain
and he remarked, “If you hadn’t taken such good care of
yourself, you wouldn’t be doing as well as you are.”
His words did make me feel a bit better –
I guess all the health food and exercise
did pay off!
A few years later I would be diagnosed with yet another
auto-immune disorder: Sjogren’s Syndrome.
I’d never heard of it and it had already
wreaked some serious havoc.
We were doing foster care at the time and our 14 year
old foster daughter was with me at the appointment.
As she and I drove toward home we passed a
darling little bakery in a quaint part of Richmond
which I had eyed many times, 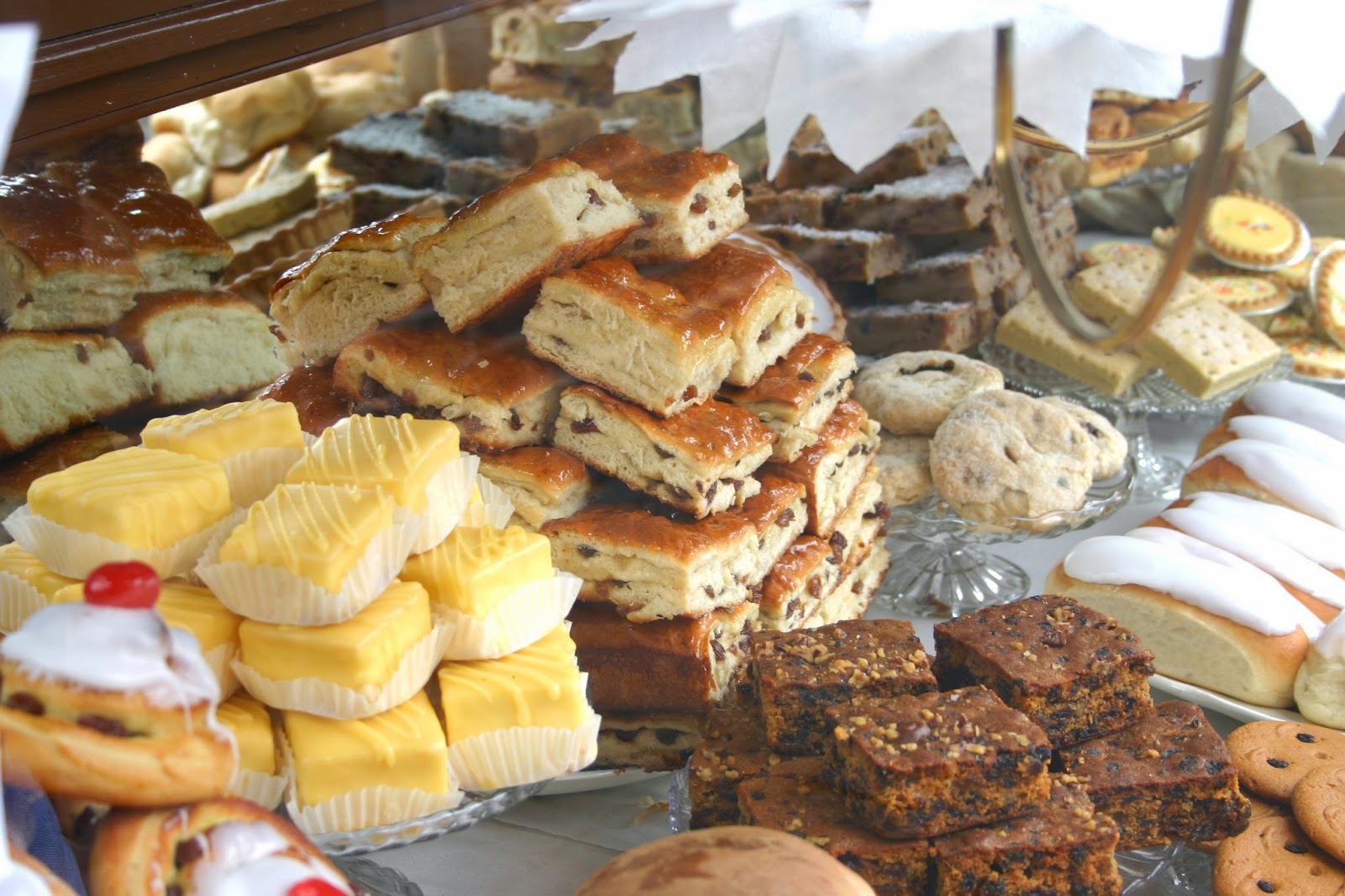 but never stopped at.  Turning to her I said, “Well I have ‘towed’
the line with health food and so far, we can see what
that’s done.  Time to live a little.”
We drove home with two boxes of sugary
surprises for the treasures waiting.
I remember telling Dw, “Life is short.  I’m tired of
eating healthy with little results…let’s party.”
And party we did with our sugary treats. 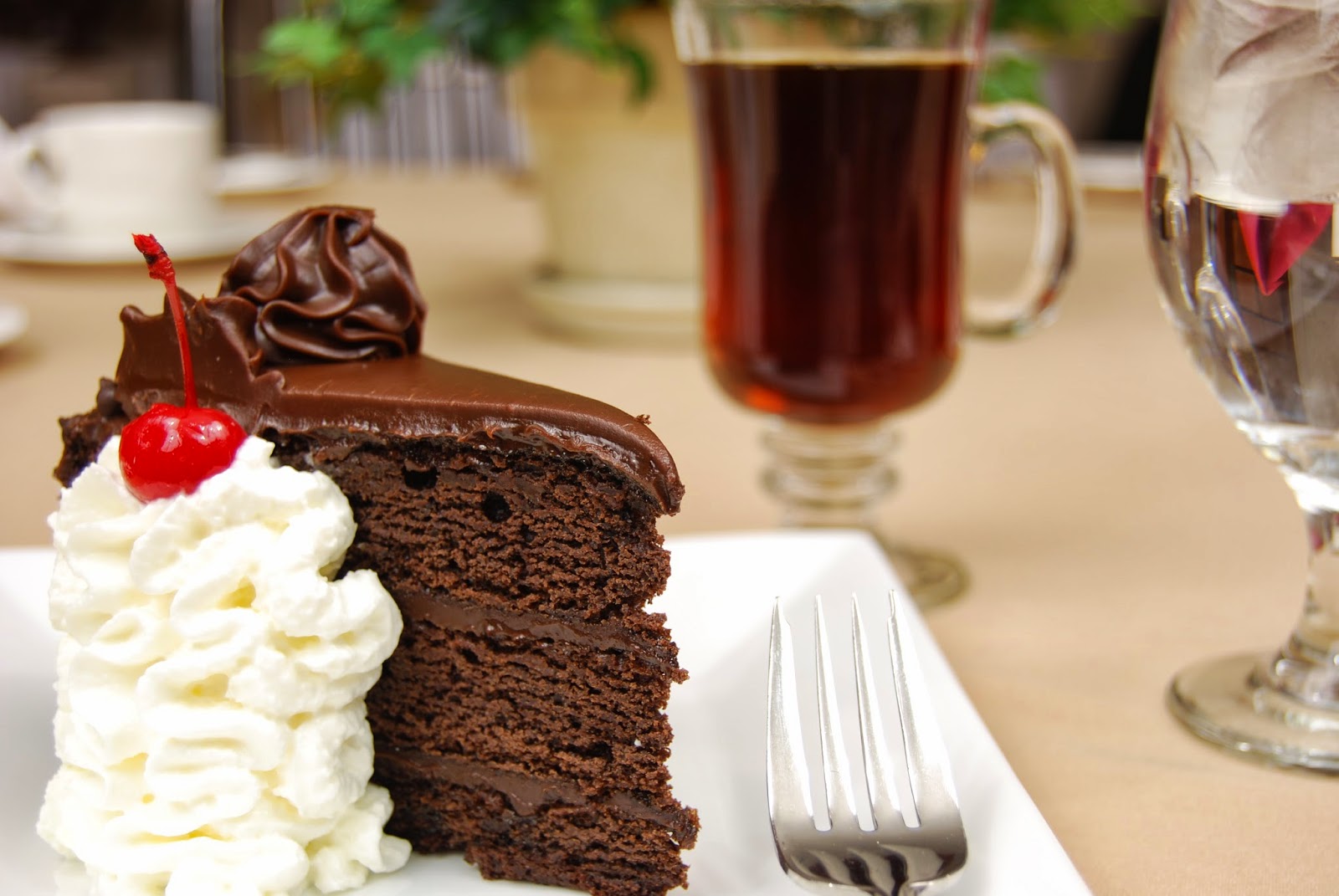 The party ended and I was immediately back to my
healthy ways but wondering,
“Why is my body my enemy?”
Soon things were getting even more aggressive with the
auto-immune stuff and two years later the same
Rheumatologist diagnosed me with two more
aggressive auto-immune disorders.
He was such a nice man. Sometimes I wonder how it
is to be the ‘bearer of bad news’
on a daily basis?   It can’t be fun.
The news he delivered was not-so-good to hear.  I
don’t talk about what he said that day basically at all.
I talked to Dw and not sure I really told anyone else.
Long ago I had chosen not to focus on my health or how
I was feeling as the Apostle Paul’s words about “the thorn in
his flesh” ministered to my soul.
I felt that although the
auto-immune stuff is there, if I chose to focus
on me I would have a very small life.
Instead my life is very large.
I have the sweetest
pile of treasures gathered from all over the world.
The Lord has blessed me with a beautiful ministry
that I can do from the comfort of my own home.
So in our home I rarely, rarely talk about how I feel.
It doesn’t matter.
I am alive and I am grateful for everyday
that I have breath.  Yet, the truth is, I am in constant pain.
There is not a part of my body
that doesn’t hurt, ever.  But it is not a topic of discussion.
Every now and then Dw will say, “You feel awful
don’t you?  I can see it in your face.”  Yes, there are
some days where it is impossible to hide it.
On a side note, I have always wanted my kids
to remember, “We had the funnest, craziest and downright
wildest mom growing up.”
Recently someone {who barely knew me} happened to be the
‘recipient’ of something giggly-crazy I had done.
I wasn’t around when she ran into Dw and Graham.
Laughing she told them,  “I had no idea your wife
was such a character.”  Graham responded,
“Ohhhhh, you have no idea.”
When Dw relayed Graham’s words to me, my eyes welled
with tears.  Simply spoken, but one of the highest compliments
{to to this mama’s heart} that one of my kids could give me.
Sweet joy:
Although living silently with constant, tremendous pain
he thinks I’m crazy-fun.
Mission accomplished.
Anyway, back to the story….
A few years later we moved to Colorado to pastor
and something was terribly wrong on a new front which
were impossible to ignore.  More tests, lots of tests and
then came yet another auto-immune diagnosis…
something that hadn’t been caught before because
I’d never mentioned it.
I am either really good at denial or ignoring.
The jury is still out on which, but this new auto-immune had wreaked
so much havoc on yet another organ.
This time, having never heard of this auto-immune disorder,
and knowing nothing about this disease I told the Doctor,
“I’m really not into medication.”
I’ll never forget his response.
He looked me straight in the eye and quietly spoke,
“That’s fine.
You don’t have to take medication.
You will die, but that’s your option.
Your body cannot live without this.”
“Well since you put it that way…”
I had read that auto-immune disorders piggy-back on
one another, but this was getting a bit over-the-top… 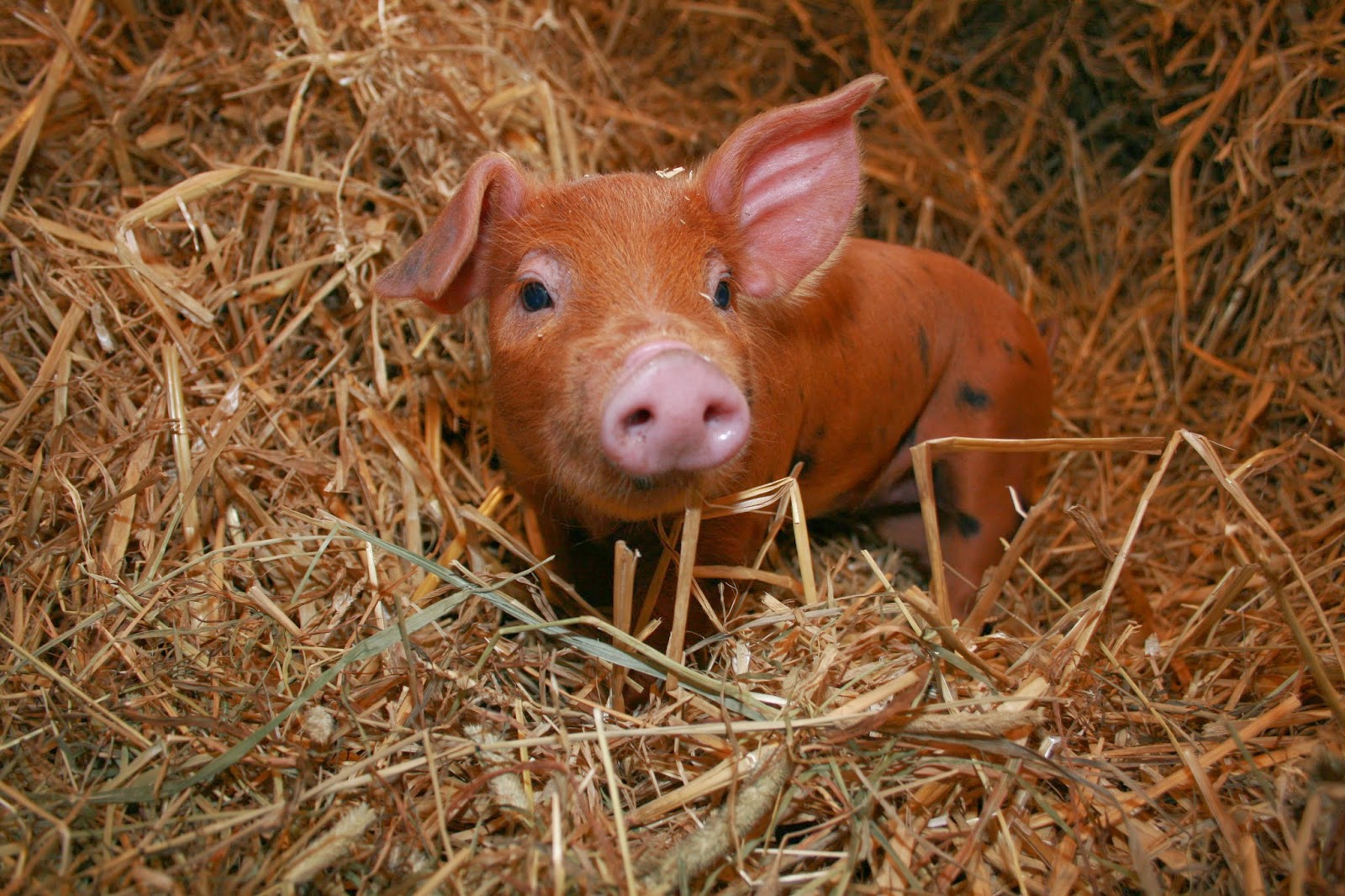 Exactly how many
piggies could get on my back? 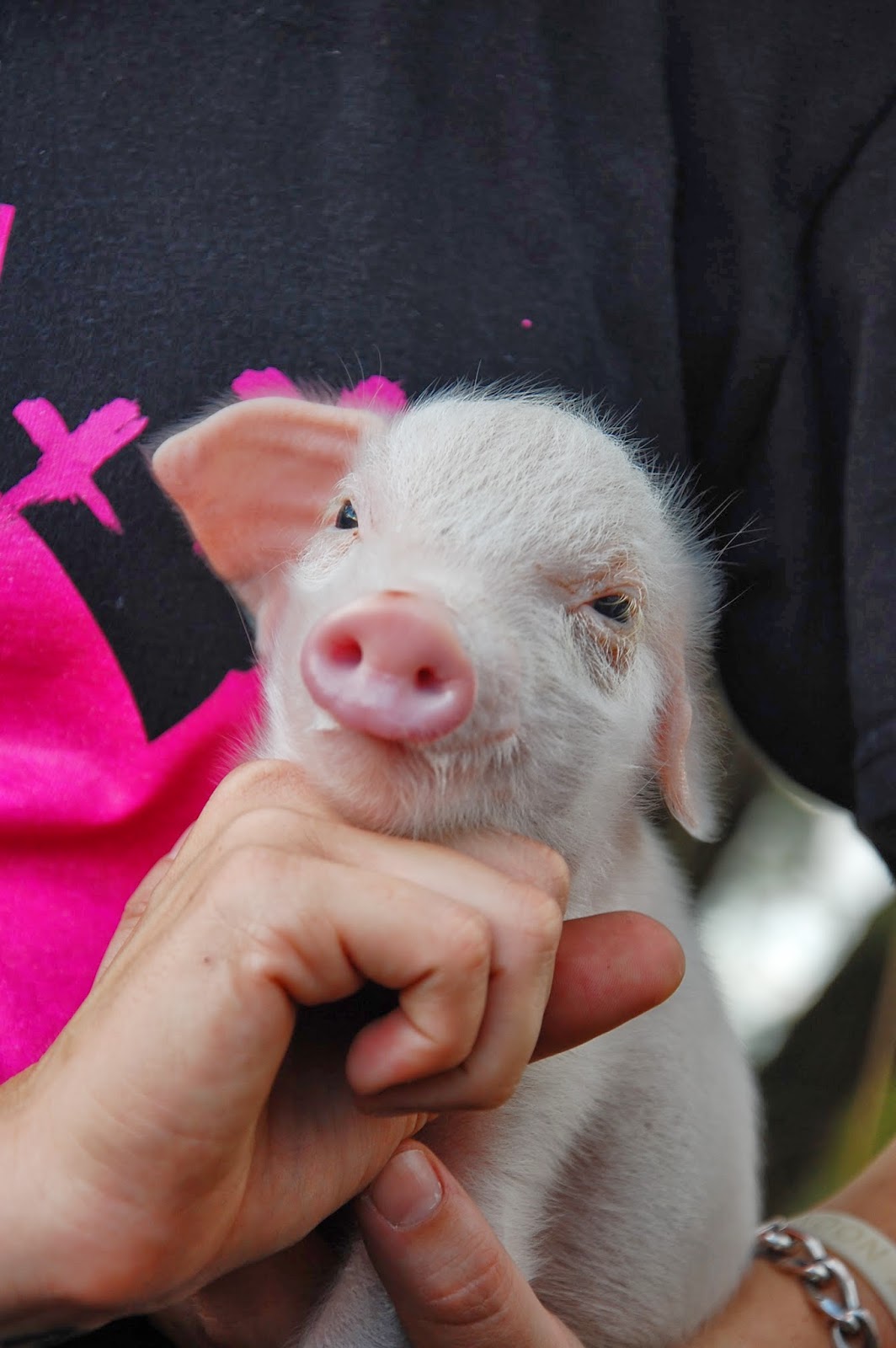 Anyway, the days had become harder and harder
to navigate as my body waged war against me.
Then in October of this past year I
was on the phone with our oldest treasure,
Abigail,
and quite out of the blue she asked me a question.
{We were not talking about how I was feeling.}
I have absolutely no doubt that her words were straight
from the heart of Almighty God.
She said, “Hey Mom, would you….
Part 2
{soon}