Skip to content
Facebook Twitter Instagram
Search
Close
Last week I wrote about our need to remember.
That I have to.
My family has to.
And that you must too.
A few days after writing that post something happened that hit close to home, literally.   There was a shooting not far from where we live.   We were coming home from an appointment and moved over as police cars raced to the scene.  We saw the helicopter circling right nearby.  And although we did not know the people involved, we were left feeling rather vulnerable. 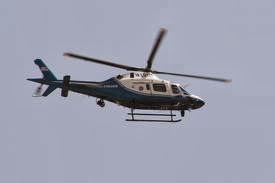 Yes, the times we are living in are less certain than ever before.

Circumstances can easily leave us fearful, timid, anxious and concerned.

And although I’ve said it many, many, many times, that is exactly why we have to remember.  We have to go back to the stories of His faithfulness.  We have to tell them to our families, our children, our friends.  We have to meditate on His steadfast love.  His unshakable protection.  His profound provision.
When we look in our family’s Memorial Box we are well aware of the times life has thrown us a curve ball and yet, each time, His faithfulness has been ever steadfast.   Even as our home was burning down, we acknowledge that we felt His powerful hand of mercy, His tender provision and His unending love through it all.
Not surprisingly, the neighborhood shooting and several other not-so-fun situations were on my mind as I was preparing to leave for Africa.  Just before I was leaving Dw and I snuck out for a little time alone as I had some last minute things to pick up.
Our conversation was rather serious as we walked about between shops.  So many concerning situations.
And suddenly as I was getting out of the car, I looked down at ground and there it was.
A simple hair rubber band.  Instantly the Lord whispered, “Remember the hair rubber band?  I cared about that simple little request.  I have this too.”
Friends, do you remember the story?  If we were sitting having coffee, I would excitedly remind you of that old Memorial Box story of ours… I wrote about it not long after our Jubilee came home.
Remember?
I was headed with the kids into town to run an errand and I had completely forgotten to brush Jubilee’s hair.  And trust me in this, it desperately needed a hairbrush or even just a hair rubber band to put her hair up.
I asked the girls if they had one.  They didn’t.
And then I lifted the simple request to the Lord.  He knows and He cares.  His word tells us that if it is a concern to us, then it’s a concern to Him.  Yes, even a simple hair rubber band.  When I parked I scrounged around the console.  Nothing.  I was confident He was going to provide, I just wasn’t sure where it would be.
When I opened my door, there lay a perfectly beautiful, sparkling clean hair rubber band.   I giggled at His simple provision on the ground.
Well seriously friends, if God would place a hair band for Jubilee, how much more does He care about all the big stuff?
And that night, just before leaving for Uganda and while out on our date, I stepped out of the car and there on the ground was a hair rubber band.
And believe it or not, then another.
Two rubber bands.
Two separate places.
And each time He whispered, “You can trust me.”
Chronicle your stories.  Read them over and over.  Tell them to your family, friends, Bible study, neighbors.  We all need to hear what God has done!

5 thoughts on “Near Our Home”