Thank you all for praying for Isaiah.

At every turn we saw God’s favor and it was quite
evident that the Lord had prepared the way.  I could
totally tell you guys were praying with us!!

Such a comfort to this mama!!!

The surgery was longer than expected, but
our Isaiah did so well!!

They allowed me to go in to recovery immediately
and he was so funny.  He would open his eyes, raise
his head,  look about with the most puzzled look, lay his head
back down and doze some more.

He didn’t say anything.

That puzzled look, with furrowed brow was making
me giggle.  Literally.  I should have gotten a picture.
He was pretty hysterical.

At one point he turned to me and gave me the,
“And who might YOU be?” look.
Maybe cause I was giggling.

They said he was doing so well he could go home
and we ran for the door.

The surgeon said we will know the outcome in two
weeks when he unwraps it in his office.  We are
praying with hopeful expectancy!! 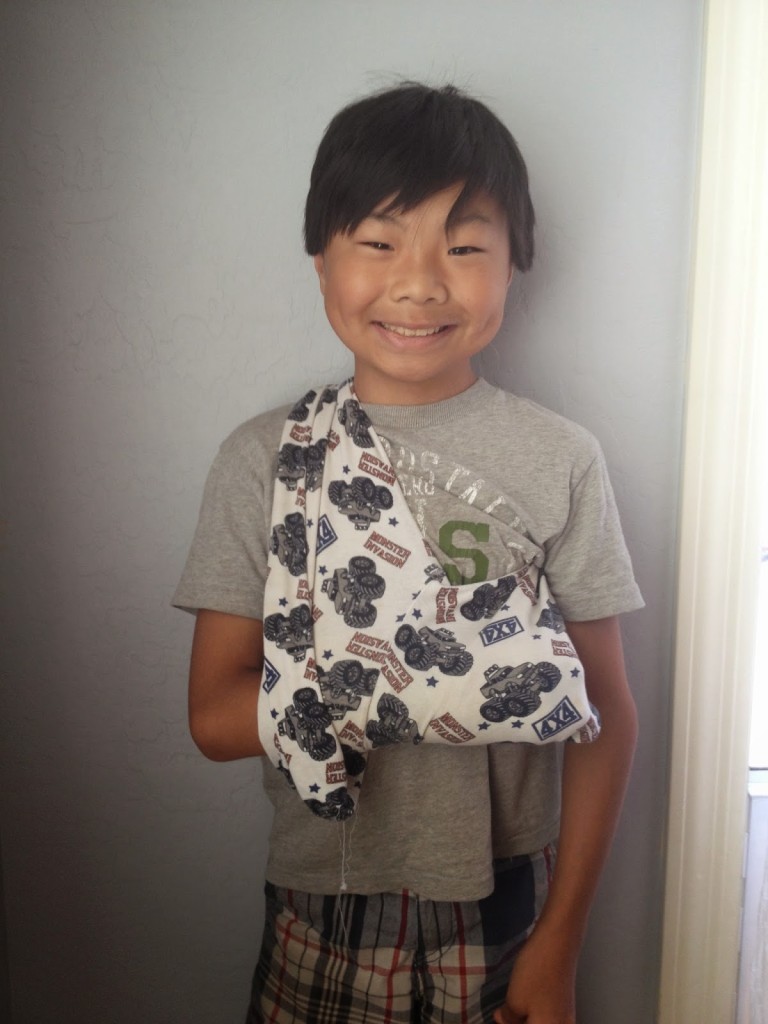 And yes, that’s a pair of pajama bottoms as a make-shift
sling on our Mr. Dimples.    My boys are pretty darn clever in my book.

Multi-purposing at its best.