Many have asked us what kind of car we are now driving…so here’s to the celebration of the above-and-beyond-providing-ability of our miraculous God and just what He did for our large family!!

When we were in process of bringing Vern home, we knew we would have to do something as there was not enough seats in our Chevy Express van.  It was a 12 passenger van but we had removed most of the back seat to accommodate Ruby’s wheelchair. With the addition of Vern we would need room for his wheelchair which meant that it would no longer work.

So we began to pray, not long after we began the process “that God would provide above and beyond all we could think or ask.”

Of course in there we added Birdie and now there was even more reason to believe that God would have to do something really cool. Which He did – wait till you hear!!  In fact, it’s sooooo good, it’s a two-parter!  So hang on and listen up…

To help make ends meet, awhile back, my sweet hubby had decided he would drive for Uber. Uber is kind of a taxi of sorts, except you use your own car and your own gas. So Dw would drive Uber on the week-end nights.  If the kids outgrew their shoes he would say, “I’ll drive for shoes this Friday night.”  My hubby works so very hard.

Before he would leave to drive we often would gather to pray over him and ask the Lord to direct his driving, to place people in his car who he could minister to and that the Lord would keep him safe!!

As he drives he, of course, talks to the people who are in the car.  He’s a total people person, so this really was great for him!!

We’ve noticed we can’t ever take the “pastor” out of us and so we ‘pastor’ anywhere we are.  And this handsome-hubby-pastor-turned-orphan-ministry-founder/director while driving Uber loves to tell his customers about our family, the plight of the orphan, our ministry (International Voice of the Orphan and how it feeds 16,000 orphans and vulnerable children each month) and always God’s faithfulness!  I mean – he does kinda’ have a captive audience!!

So one day he drove a young woman and in the course of the conversation she said she works for a corporate sponsor for the Fiesta Bowl.  She loved our story and she loved what he told her of our ministry.  Nearing their destination, this young woman said, “You need to meet my friend!”  She asked for our email and within a day she had written with the contact information for her friend.

Dw made contact with her friend and he asked Dw to come meet with him as he wanted to hear about our ministry and our family. In the course of meeting with him he asked what our family needed.  Dw was taken back.  But the only real need he could think of was for a new van that would accommodate all of us and the 2 wheelchairs.  The reality is that that didn’t seem signficant as he talked to this young man.  Yet it was a wonderful meeting and they had lots of fun talking.

Unbeknownst to Dw, after the meeting, the young man went back to the girl who had done the referring and said, “They need a van, don’t you know someone who could help?”

And she did.  By God’s crazy orchestration she knew up close the owner of a huge car dealership – SanTan Ford in Phoenix.

Seriously, this story is so crazy-amazing.

Again, we had no idea, but she then contacted the owner of SanTan Ford and together they said, “We are going to make this happen.”

And to think we still didn’t know anything was going on!! 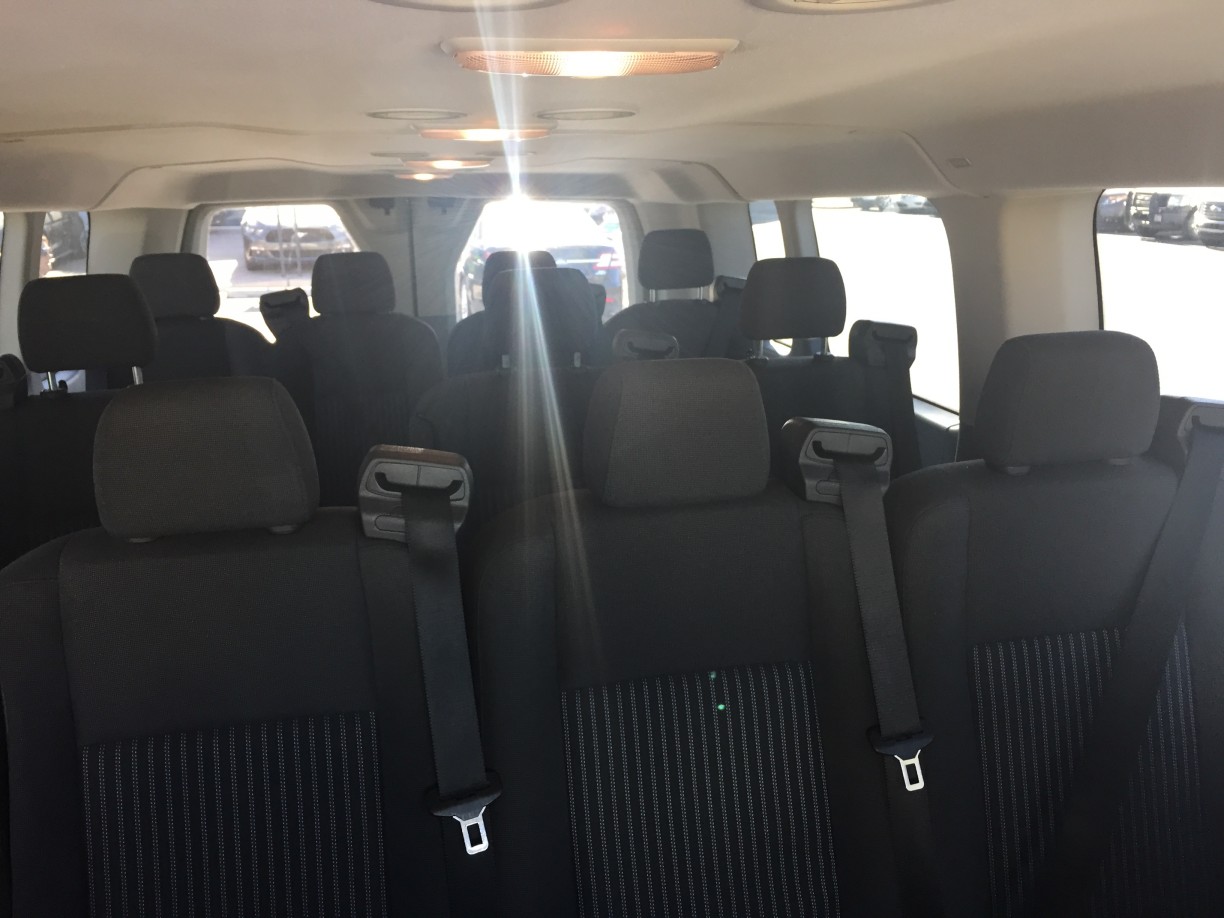 One day Dw received a phone call from the top selling salesman from SanTan.  He said that because of so-n-so they were looking for a car for us – a 2015 Ford Transit van.  Which the wild thing is that when Dw had been doing research he had decided that the optimal van for our family would be a 15 passenger Transit van…with the back seat out so we could store the 2 wheelchairs.

Not too long after, to make a long story short, this young salesman called to say they had found one at an auction.

We went to look at it and it was amazing.  They would give us top dollar as a trade-in for our big white Chevy Express (which in itself was crazy!)…and they would sell us the car for just $35 OVER the auction price!!!  $35 over?? Seriously? 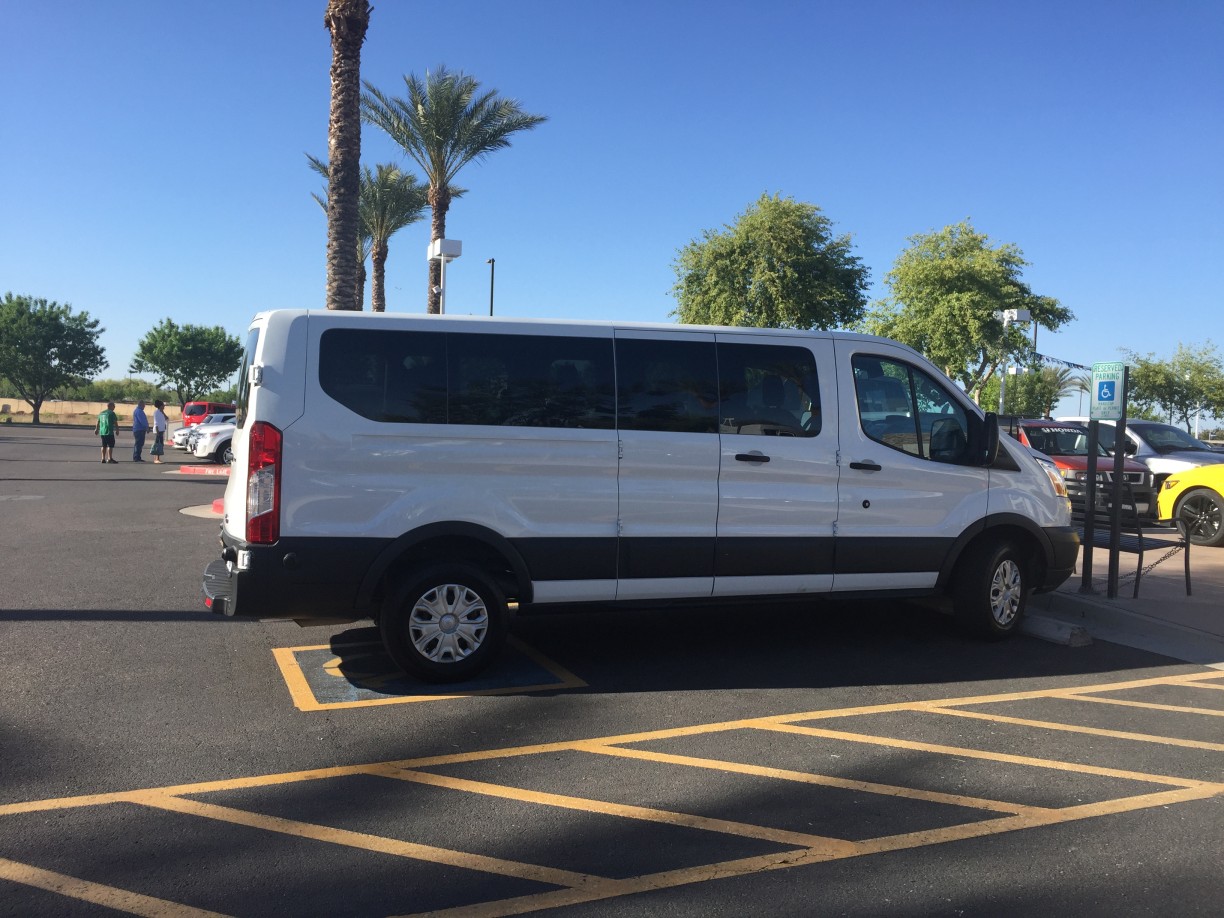 As we waited that week-end praying over the next step, little did we know God was working….