Most mornings Ruby and I head out a little after sunrise to take a long walk.  We have a city park close by that we are able to walk around and around and around. This farmer-girl-at-heart likes to pretend it’s our farm…and Ruby goes right along with it (she’s so accommodating like that!).  We check on the “crops” and how the pastures look…and then a few miles later we head back home.  And of course Ruby’s made quite a few friends around the park…several call her by name and she grins from ear to ear! 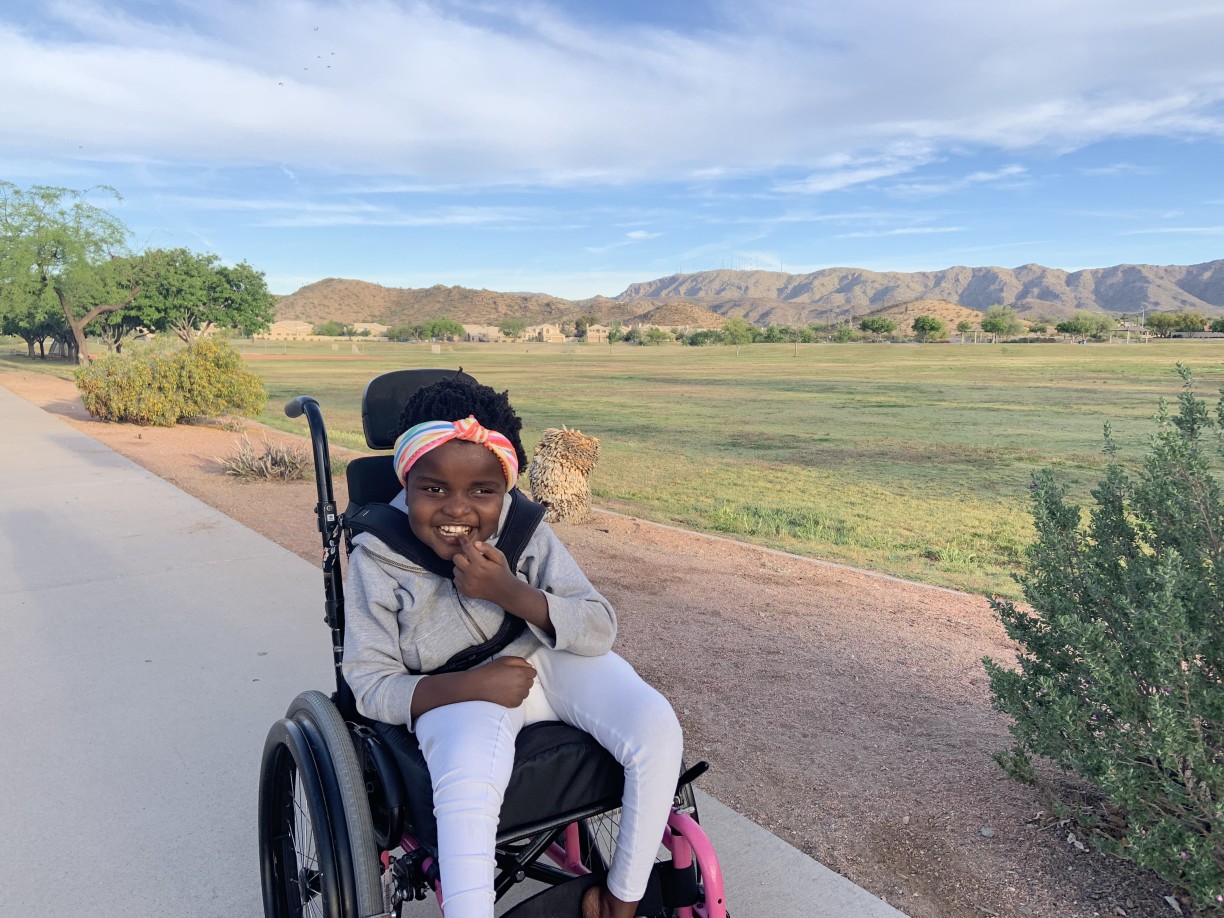 For those who haven’t been to Phoenix the desert sounds rather blah, but it’s seriously beautiful!!  There are flowers in bloom all year round and the entire city is surrounded by mountains that actually make a spectacular backdrop.  Friends who have visited have to admit that although the landscape is not the lush green grass of other parts of the country, the desert has a beauty all it’s own! And it is quite lovely! 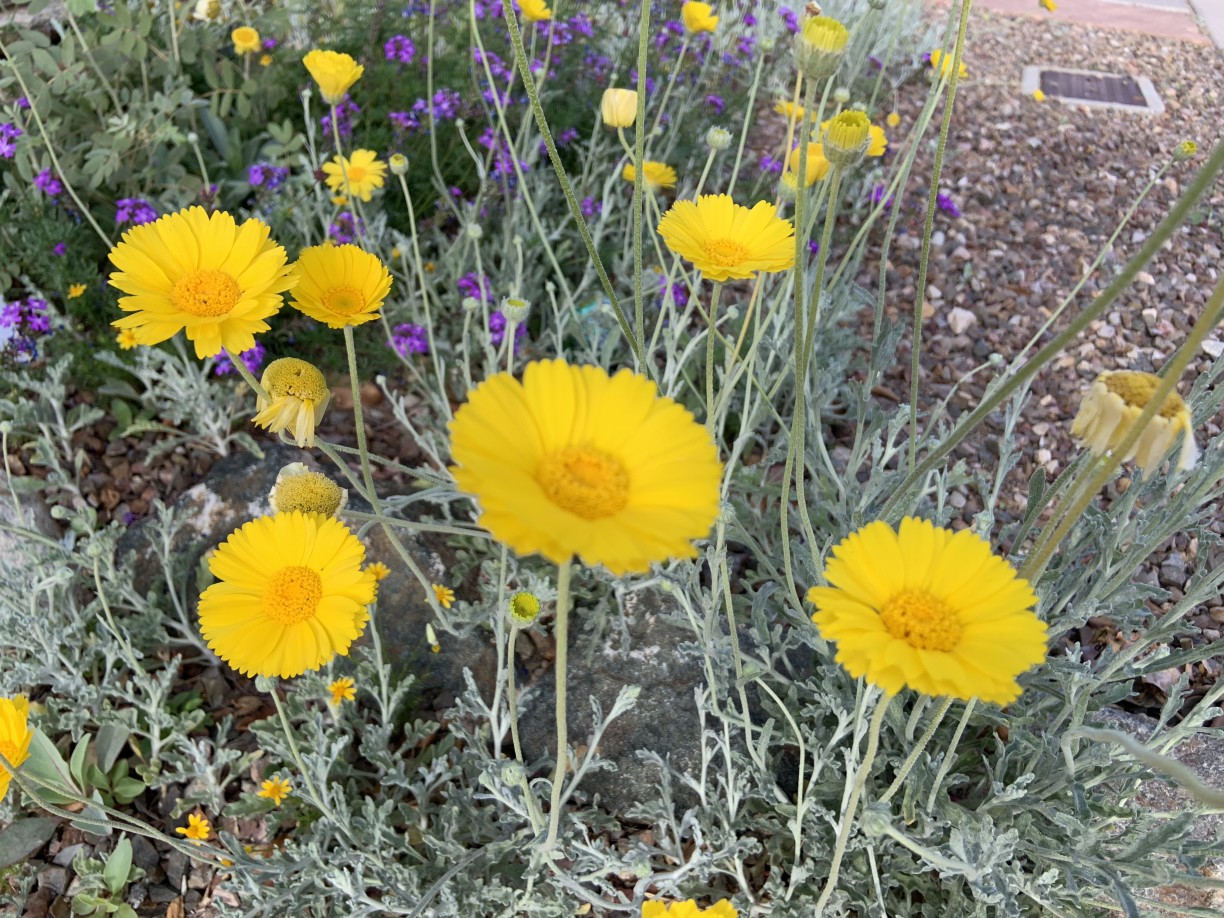 Anyway, you know how I love Memorial Box stories…..well a few mornings ago we were reminded, yet again, of God’s incredible timing, His divine protection and His great hand of mercy as Ruby and I ventured off on our morning walk.

Why tell Memorial Box stories?  To encourage each other and to remind everyone that God is always, always, always at work around us.  There are no coincidences with Him – not a chance!!  He has our back and may even be “speeding up or slowing down” life just to protect us!  He gets all the credit every single time!

The city of Phoenix has the mountains I mentioned surrounding it and many subdivisions have lower hills or the sides of the mountains rambling throughout the neighborhoods. Our neighborhood here in the city happens to have desert areas with little hills behind many of the homes.  Each day as Ruby and I walk we pass the desert areas and the hills they lead to.  The walk and the park itself are both really peaceful, even in the midst of the sixth largest city in the United States. 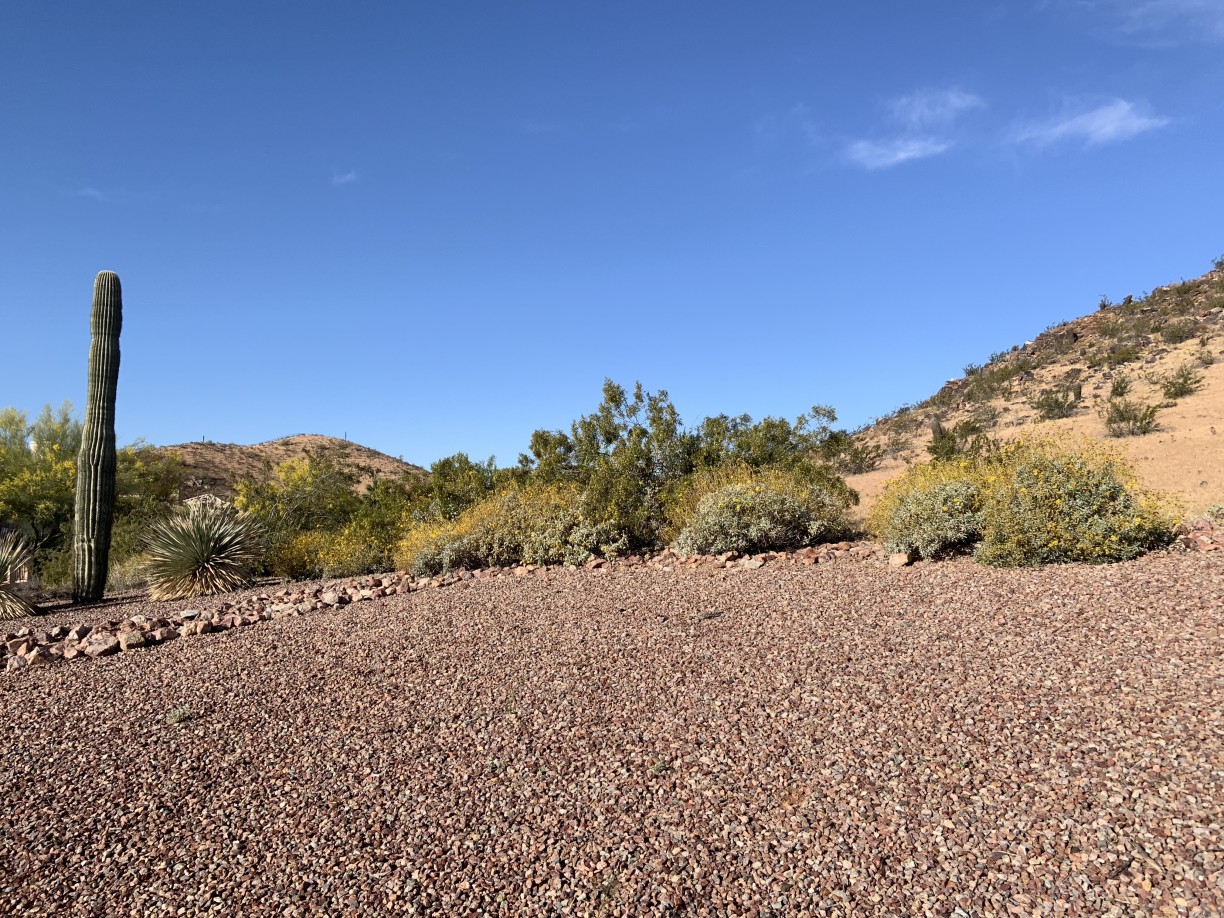 This particular morning it was just after 6am as Ruby and I started heading to the park.  The sun was just up and the air was quiet and still when suddenly, about a block from our home, out of nowhere I heard a loud commotion.   Of course I didn’t have any clue what it was, but it sure stopped us immediately!  And the second I stopped, out from the desert brush came two coyotes…one chasing the other – baring his teeth while growling and trying to bite the one he was chasing…both running at top speed!  They crossed right in front of us! I even saw the shiny teeth of the second one…they were going so fast that as the one in front tried to turn to head down the street we were on, he actually hit with full-force the sidewall of a neighbor’s home!  The second one, not realizing the first had turned enough to hit the sidewall actually spun on the gravel of the desert as he turned to keep up…it was wild!  My mouth was gaping…it happened in a flash!  They were both pretty mangy and the noises they were making were pretty creepy. 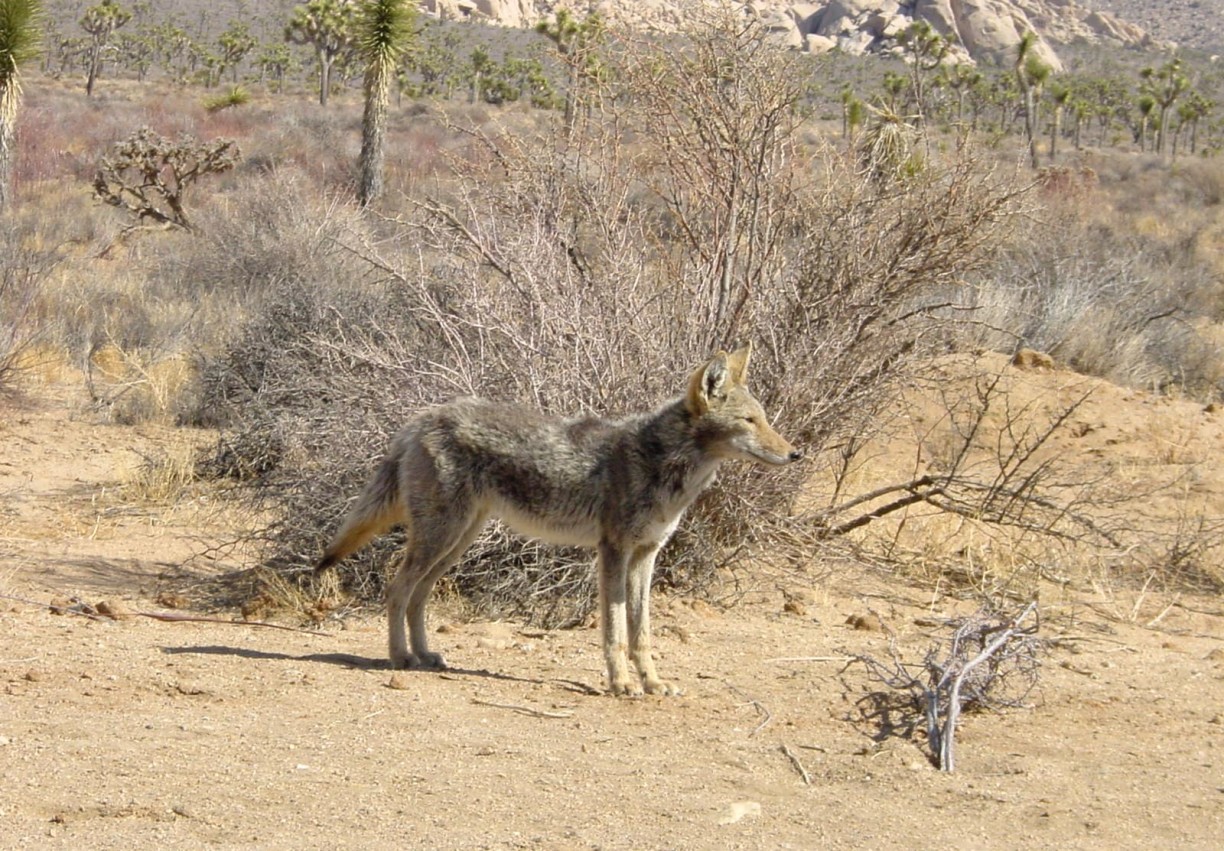 We watched as they ran down the opposite side of the street.  Immediately Ruby and I began to rejoice, thanking the Lord that day He had protected us from any harm.  The truth is that the two coyotes actually could have hit us!  They wouldn’t have seen us at all as they came barreling out of the brush!

After Ruby and I, okay mostly just me, caught our breath and my heart stopped racing, we timed where we were and where they came down the little hill and out from the desert brush and we realized they were about eight seconds away from where we were walking. Which means, if we had been eight seconds faster in our walk, they would have come speeding out and hit us!  I am dumbfounded how close it was and how it could have turned out very differently.

First the speed of the animals alone (a quick search finds that they can run up to 40mph) would have surely injured us, not to mention if they felt threatened as they collided with us…who knows what they would have done!  I know coyotes aren’t supposed to be a concern, but if they crashed into us they clearly aren’t capable of thinking, “friendly silver-haired lady and beautiful little girl in wheelchair” but probably more like, “They are attacking us!” …and what would have happened next?  The second coyote was already in a moment of aggression!

No doubt, we were safe and protected by the mighty arm of God…who had slowed us by eight seconds or sped up the coyotes by eight seconds – whichever way anyone wants to look at it!!  But either way, God’s loving fingerprints were all over the situation and our lives!  We cannot thank the Lord enough! And yes, soon there will be two small coyotes in our Memorial Box to remind us of God’s hand of mercy, once again, on our lives.

If you haven’t read The Memorial Box…now would be a great time!  It’s filled with stories of encouragement that remind us just how astoundingly faithful our God is! 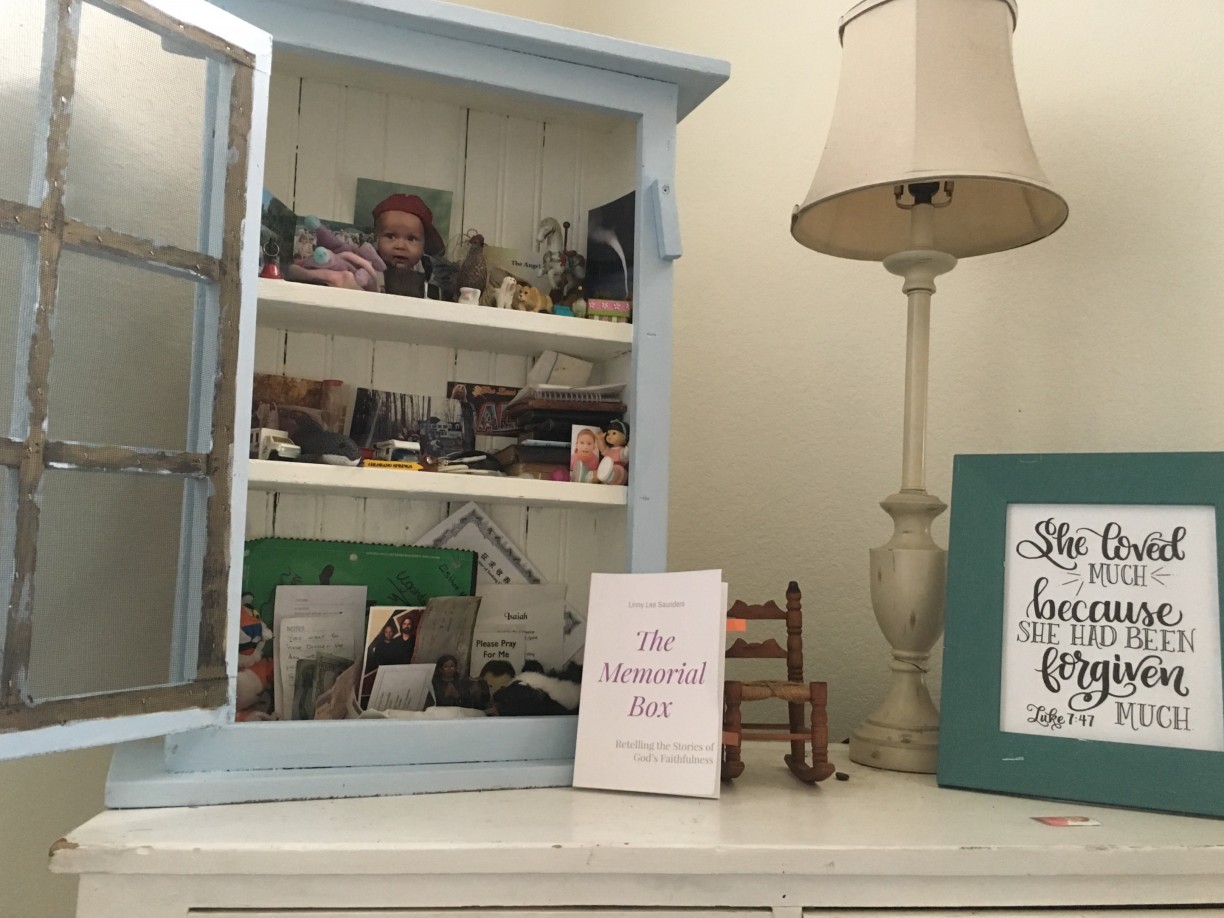