Many might think that those deemed nonverbal aren’t thinking, processing or aware …but how wrong they are!  Miss Ruby literally talks all day long and because we are listening we hear what she’s saying.  She also has an opinion about everything.  If I’m telling her a story of something one of her siblings did that was exasperating, she puts her hand on her forehead and sighs dramatically, “Ugh.”  It causes me to laugh heartily.  She’s truly hysterical – oh the joy she brings every single day to our lives!

Anyway, the other day we went to see Ruby’s friend, Dr. Shafron.   He has now been her neurosurgeon for 7-1/2 years.  He met her a couple of months after this picture was taken, when we landed in Phoenix and went to Phoenix Children’s (13 months old and just 6 pounds). 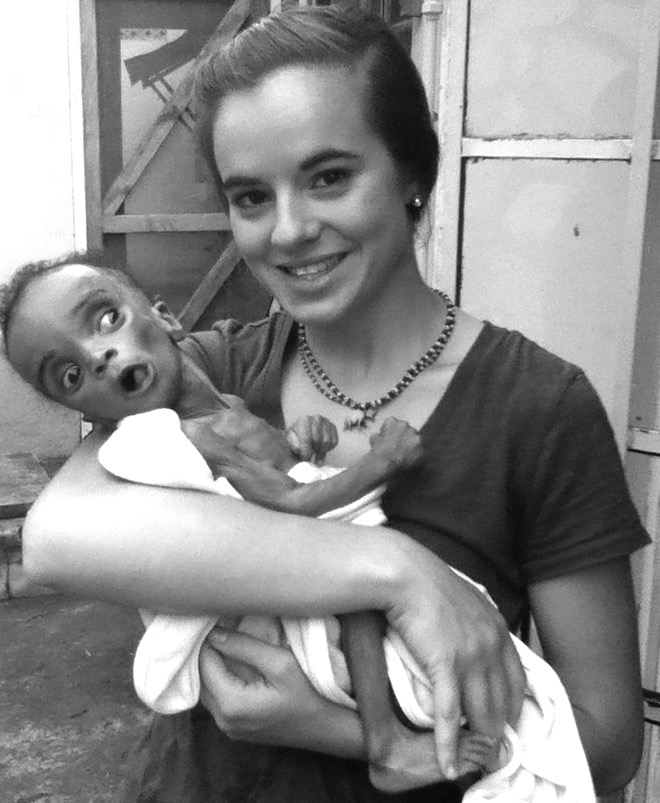 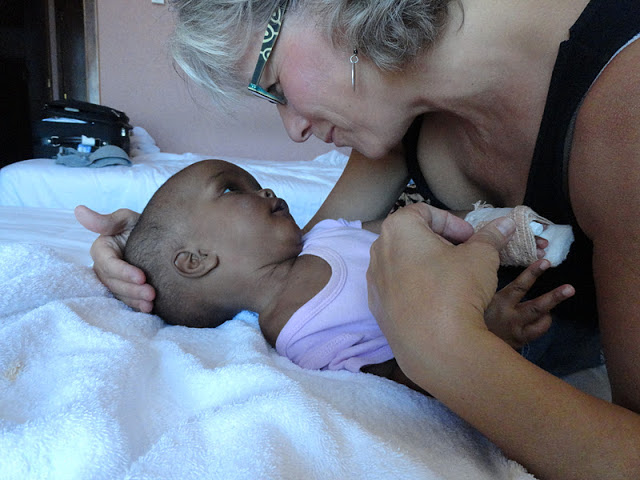 Just before flying home to the States. 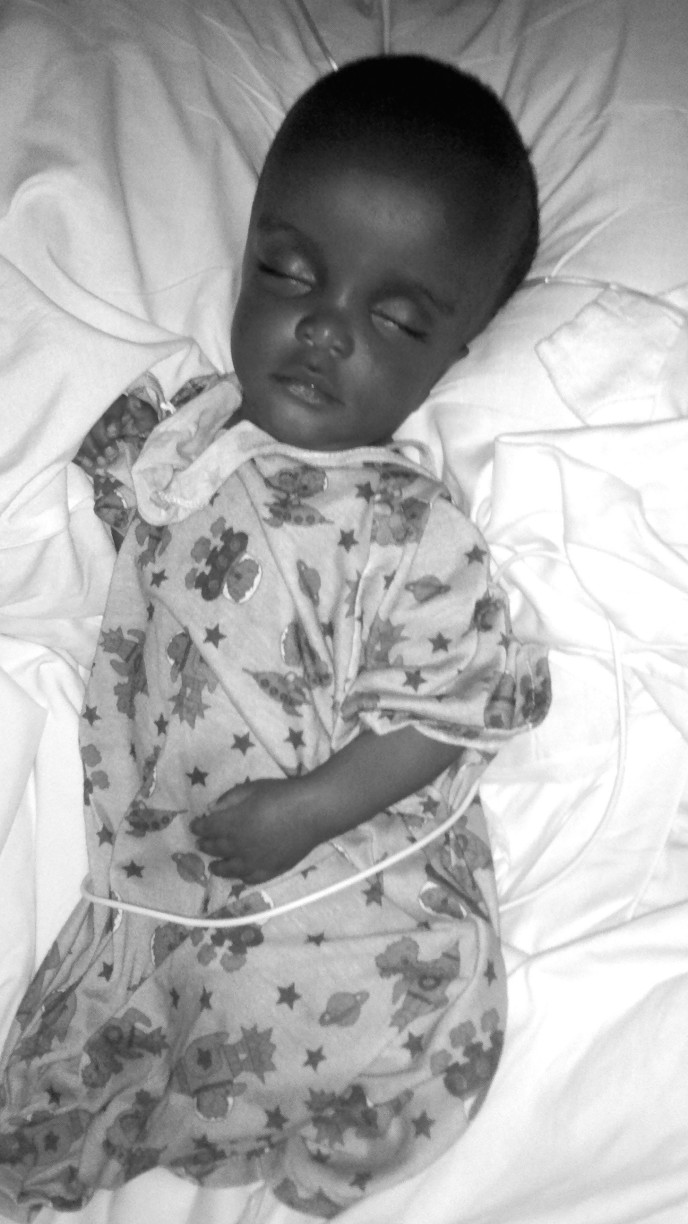 Ruby at PCH shortly after landing in Phoenix (above) and soon Dr. Shafron would do her next three brain surgeries (she had her first brain surgery done at the missionary hospital while we were still in Uganda).  Dr. Shafron would then need to do a fourth a couple of months later when she had complications from her multiloculated hydrocephalus. 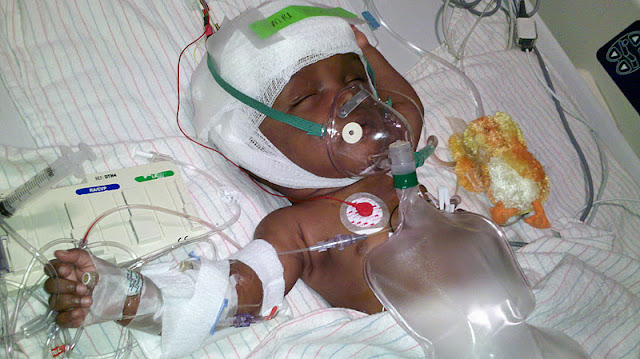 Dr. Shafron later told me that when he had first looked at her MRI images when we had landed he needed some time to think because her situation was so complicated – he wasn’t even sure what to do.  What a humble neurosurgeon who would readily admit that he didn’t know initially what to do.   Seriously we cannot thank God enough for this kindhearted, joyful, amazing, expertly skilled neurosurgeon!

At our appointment last week Ruby’s friend, Dr. Shafron, told us that surgery was definitely not needed at this time. (Thank you Lord!) He said her situation is stable and the small change in the cyst in the third ventricle that some thought they saw was not significant to him at all.  He showed me the MRI images from a couple of years ago comparing them against the ones she just had in the hospital a few weeks ago.  I had to agree with his expertise!

He is so personable and we talked about what a miracle Ruby is and I asked if I could take a few pictures. He started clowning around with her.  Ruby was being shy but there is a little smirk peeking out – do you see it? 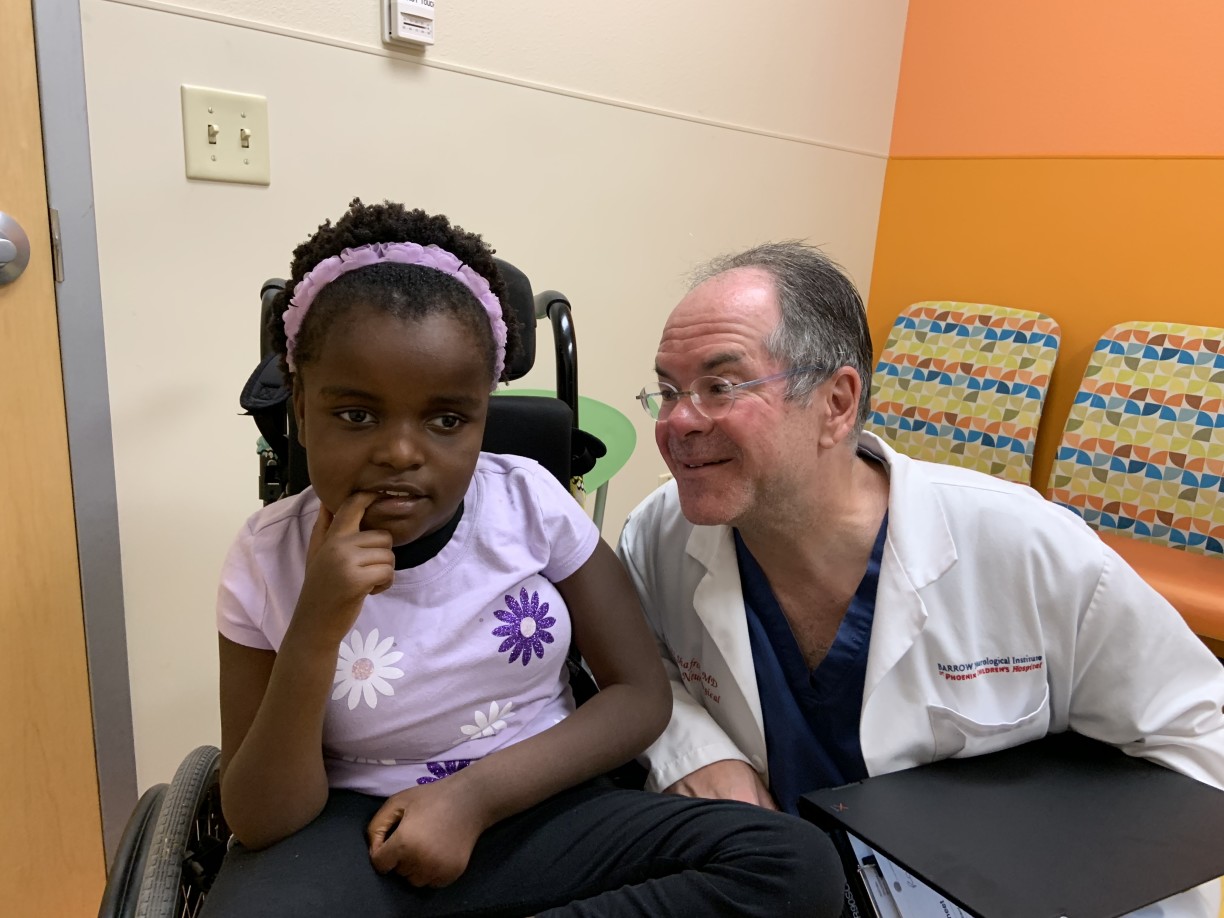 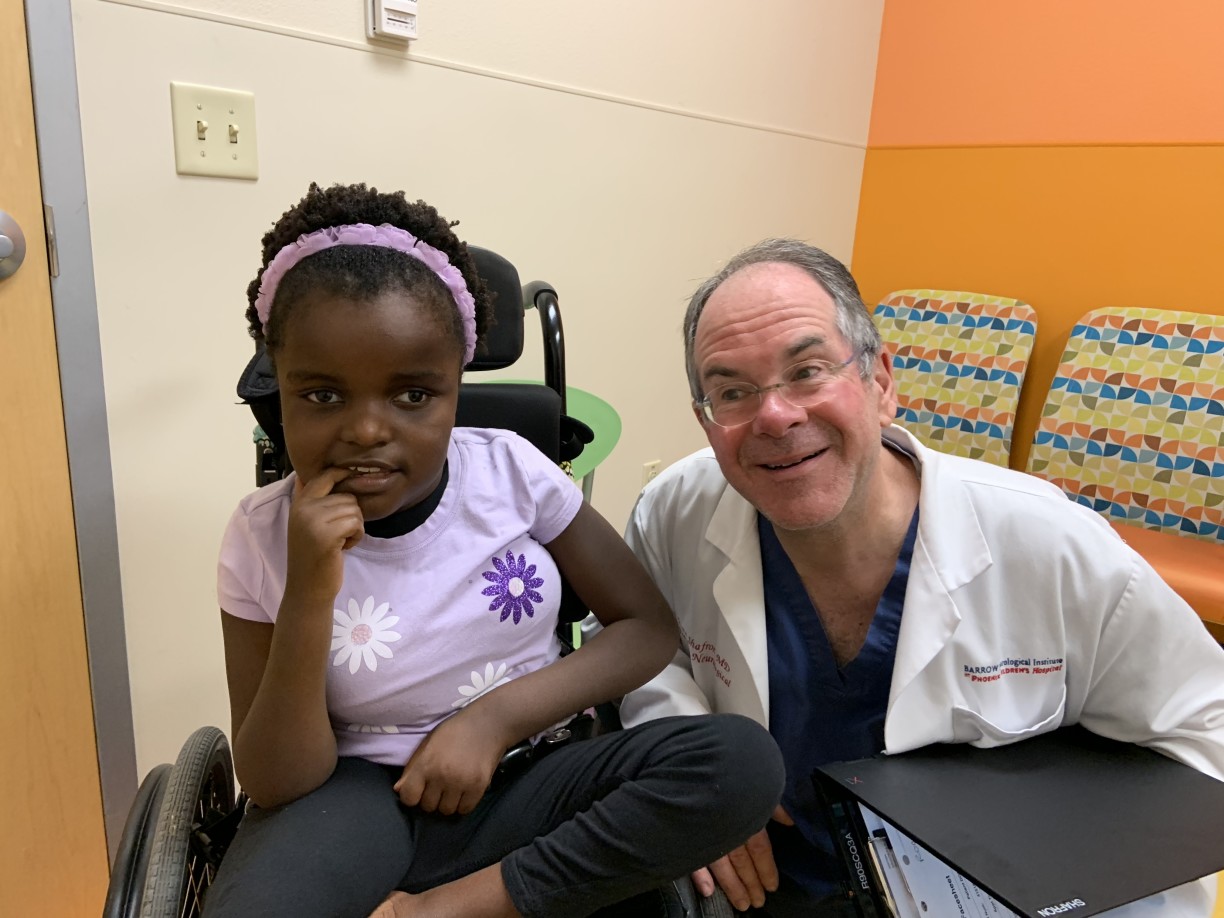 Dr. Shafron asked me if I would text him the pics (he had given me his cell many, many years ago and from time to time I send him videos of the wild things she accomplishes).

After sending him the pictures he texted me this:  “I was actually reading through your blog last night. Is it OK if I post something on my page about her?  She and you are beyond inspiring. She loves life and is happier more than anyone I’ve ever known.”

Do you see that friends?  “She loves life and is happier more than anyone I’ve ever known.”

Bringing home means her life has has profoundly influenced the world around her – we cannot thank the Lord enough for the privilege of having her.  Ruby brings joy to all who know her and we hold fast to the conviction that all people were created in the image of our powerful God and no matter their special need – each person is a gift to be celebrated!  How wonderful that Ruby’s friend loves Ruby so very much!