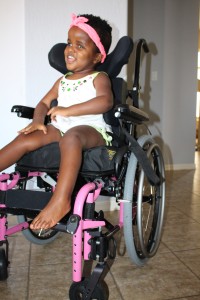 Ruby had outgrown her wheelchair and was fitted for a new one.  Anyone dealing with medical equipment understands that it is quite a process!  A prescription for a new chair, then the wait for the appointment {which is usually weeks or months down the road}.  Finally the appointment and deciding which chair would work best!

Ruby was giddy as we found the perfect chair!!

Check out her smile!! 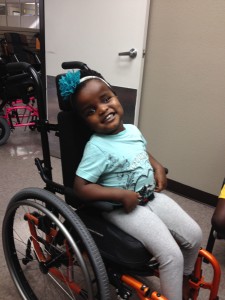 At the appointment she was allowed to pick which color she would like her new chair to be.  I found the pinks and held them up. She immediately pushed away for fluorescent pink and touched the softer pink version. In fact as she pushed it away, she kind of made a “pmfff”.  I’m pretty sure she was saying, “Florescent? Are you kidding?  I don’t want to stick out that much!”  This sweet chica definitely has an opinion!

I know how long it takes to get a new chair – usually about 3 months and since the appointment was May 3rd, the reality is that it would be ready around August 3rd.

So Ruby, the kids and I have been praying since May 3rd that God would move and bring it early.

You can just imagine what happened next!

Mid-June the Wheelchair Clinic called to tell us that her new chair was ready and we could set up an appointment {which also usually also takes weeks.}

I was giddy as I ran to the kids to tell them that, indeed, the Lord had answered our prayers and she would be able to get her chair fitted and picked up before we left on our road trip!!  Not August 4th – but she would have her chair in June!!  Faithful God!! 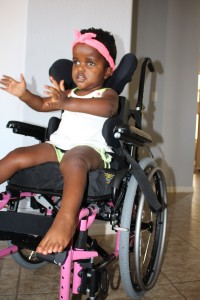 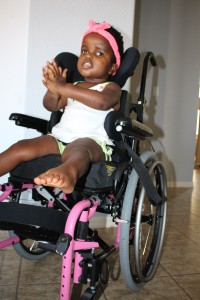 I’d say she’s lookin’ mighty Princessy on her new rolling throne to meet her sweet friends around the country!! 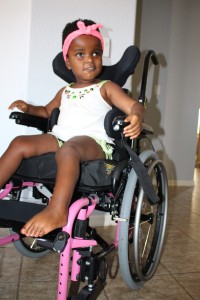