It’s been over a year since our biggest guy came home with his family for a visit.  And, of course, in the last year we’ve added two and so this time they were able to meet Vern and Birdie.

Since their arrival the time has been very sweet…

A couple of stories…Last night while eating dinner Birdie was having a bit of a rough time.  If she gets too hungry she is inconsolable.  Anyway, he just went over to her chair and scooped her up and snuggled her while resting her on his lap.  It made this momma smile as he ministered to his littlest sissy.

Earlier in the day Ty had asked the boys if they wanted to clean out he and Sarah’s car (for money) after the long road trip here. The boys excitedly ran out to help and he instantly turned to Vern, “Do you want to help too?”  Vern’s face lit up – he LOVES to help! So Vern was the designated “runner” or in this case, “wheeler”.

It was perfect!!  The boys would hand Vern things that needed to go into the house and he would turn his chair around and wheel whatever it was inside.  All four were paid generously by their oldest brother!  Sarah would like them to do it every week.  If only.

Interesting, rather mind-boggling fact:  I had two really laid-back, extra mellow kids growing up.  Ty and Emma.  Crazy, but true.  And both live probably the most “unlaid-back, unmellow”  lives of anyone I know.  What is the deal with that?? Seriously?? I have shook my head more than once pondering it all.

And here’s from my heart:

Over the years I’ve had quite a few people ask what our grown kids think of us adding more to the family.

Want the truth?  We actually haven’t asked them!!

Dwight and I pray and add.  Our decision is not ever based on anyone (including our grown kids) approval.  Because friends, we answer to only one – the King of Kings and Lord of Lords.  That’s it.  It’s not open to discussion.  And (maybe surprisingly for some) every time anyone has come home, all have accepted each one.

At the risk of offending some of you:

But deciding to adopt or not adopt (or any other major family decision) should never be based on what kids think.  Parents should parent and make decisions based on scripture and what they believe the Lord is telling them (which will never contradict scripture!).  We’ve seen way too many homes be kid-run homes and that is ridiculous!!

What child has all the reasoning abilities, life experience and understanding of an adult? Not one. They’re called our children for a reason and we are to raise them under God’s direction.  Period.

I remember many, many, many years ago meeting someone who was about to make an enormous decision that would impact their entire family.  Do you know what the mom told me?  “We are letting our oldest son make the decision.”

WHAT??  The kid she was referring to was a 10 year old boy.  Really?? A 10 year old would make the decision determining the direction of an entire family?  Wow, wow, wow.  Just wow!

Friends, it’s not what God intended.  Sometimes parenting can get very convoluted with all the world’s input and some might consider it “old fashion” but God’s word boils down to this:

Love God.  Love others as much as you love yourself.

And He says parents that your job is to lead the way!!

If we keep it that simple, the decisions we parents make will also be that simple as well.

No wonder the Lord gave us directions on how to parent…it just works best that way!!

Life will get so much easier, happier, and joyful for all! 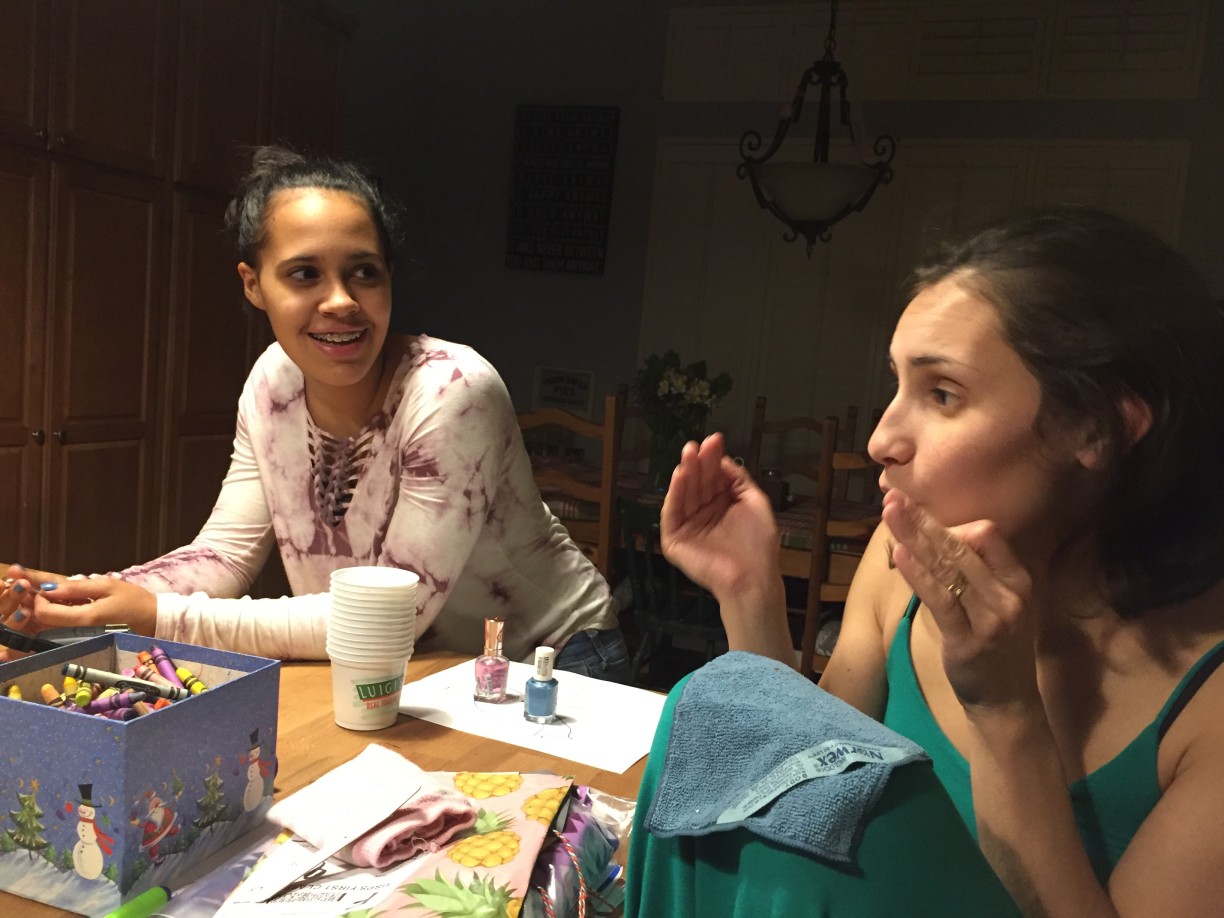 Lastly, nothing beats sitting around the island late at night telling old stories from when the bigs were little.