Today is my ‘crash’ after Ruby’s seizure Friday.  I just can’t stop crying.  The type of seizures Ruby has are called “status epilepticus”…in case you want to read about them.  Her seizures last between 20 and 30 minutes usually and watching someone you so desperately love seize is about the most horrible thing ever. I confess I’m a wimp. I also admit that I hate, hate, hate seizures!

Friday I was doing a “dry-run” in our bedroom because I was speaking at our church’s women’s ministry “Friendsgiving” that evening.  Ruby was my audience.  I was already concerned because I didn’t like how she was looking….and then she fell asleep and it was only 9:30 in the morning – which added to my concern.  I kept watching her as I spoke and suddenly in her sleep her seizure started.  She was posturing at first and I was unable to unbuckle her out of her wheelchair.  So I reached for the bedroom door to call to the kids (who were doing their schoolwork at the kitchen table) alerting them that she was having a seizure.

The kids love Ruby with all their hearts and they were in the room literally within seconds.  Each one just helping without even being asked because all I was doing was praying over her and trying to get her out of the wheelchair.  On her own Elizabeth found my cell phone and dialed 9-11, Isaiah grabbed the rescue meds kit, Nehemiah was helping me get her now seizing body out of the chair and onto our little area rug….he was also grabbing the Frankincense so she could have the little bottle to the side of her nose to breath in the healing fumes as she seized.

The boys left the room so I could administer the rescue meds in her sweet little bum and then I called them back.  Nehemiah then called Dw to tell him and by God’s grace, although Dw had intended to go downtown to work, he was working at a local coffee shop and was able to reach home not long after the EMS had arrived.  Graham came from downtown.  Savannah later told me that he was choking back tears as he called her to tell her where she was working. We all love Ruby so very much and no, we couldn’t ever begin to imagine our lives without her.

It is such a blessing to live in the city of Phoenix blocks from a fire station and EMS.  Some of the first responders/firemen/women have been to our home before. In fact after we were released to come home on Friday we were two miles from home and found a car accident in the intersection with a firetruck at an angle keeping traffic away from the accident.

We eventually were allowed around the accident and as we made our way toward home the firetruck that had been in the intersection now was pulled up next to us.  The driver turned to us and asked if Ruby was okay?  Can you imagine?  In a city of 1.6 million people some of the firemen were reaching out to us at a traffic light to check on our little African Princess!  We were so very, very, very touched by their tenderness, kindness and concern.  We are pretty sure that Ruby’s little life is even making an impact on the EMS.  We have been so over-the-top incredibly blessed living here in the city.

Anyway, all that pre-story to say that between Ruby’s seizure with Dw on October 31st, Jubilee’s fall a week later on November 7th (that has her completely immobile and may require surgery), Savannah’s (while carrying our 14th grand baby in the womb) very serious car accident two days later on November 9th and then six days later on November 15th another life-threatening seizure for Ruby has left this mama sobbing and weak-in-the-knees.

So as it was, on Friday night after speaking at the ladies ministry I was getting ready for bed and Dw and I were talking.  I commented to him, “I don’t know babe, I feel like I need all the kids wrapped in bubble wrap and someone to promise me that they will take care of everyone so that nothing would happen to any of them, someone I could completely trust…” 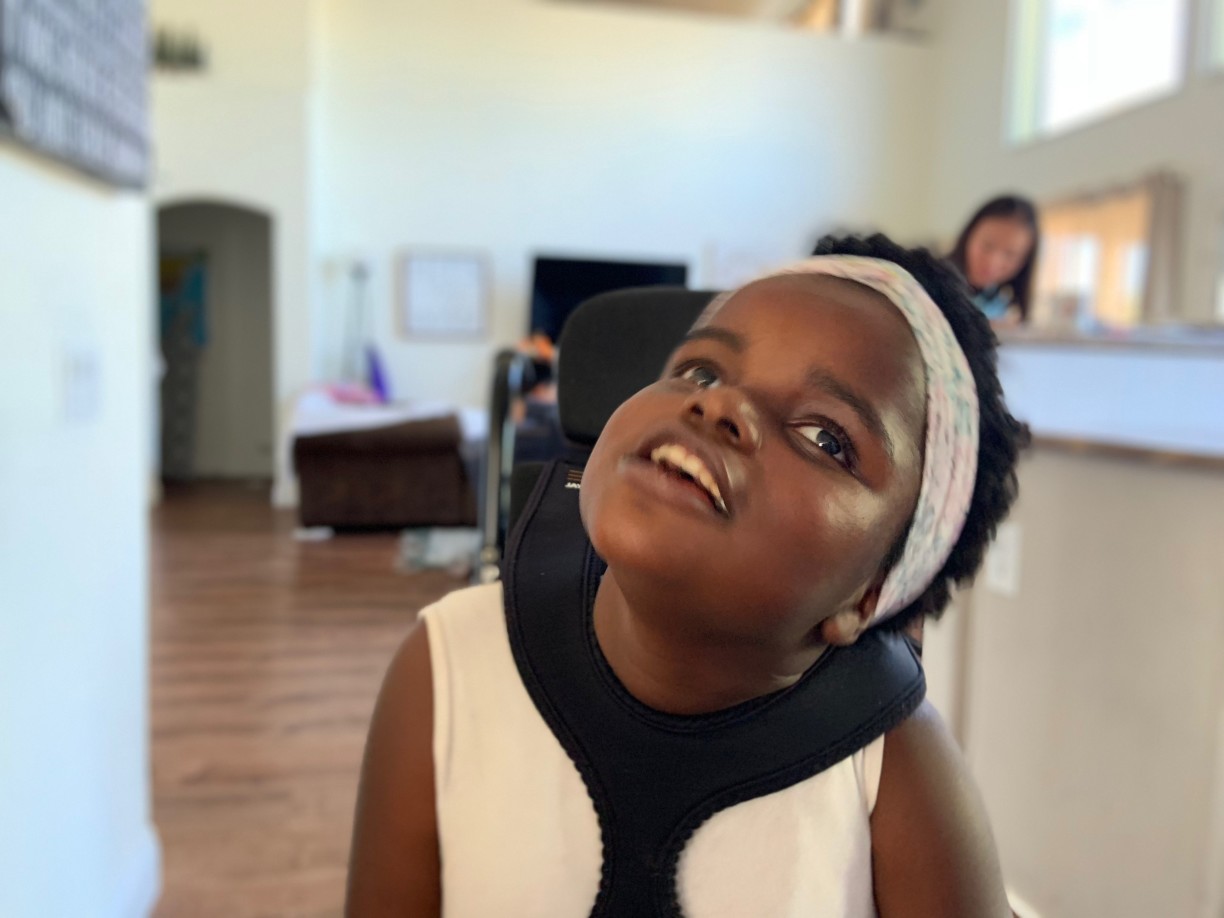 And since then I have been meditating on His whispers and this morning I, once again, through racking sobs gave each of my kids to the Lord.  Of course I’ve done it before, but He reminded me that He alone numbers our days and that my trust has to remain firmly in Him.  He comforts us in our weakness because He loves us each so much.  He has Ruby in the palm of His very capable hand and my responsibility is to love her, enjoy her, maximize each moment and trust Him completely.  There is nothing I can really do to add one moment to any of my kids lives.  And of course we will continue to pray that she never has another seizure again!  (And yes, I am researching every possible tool that will help against status epilepticus seizures – and if you have a loved one with this type of seizure and have any insight please email me: APlaceCalledSimplicity@yahoo.com) 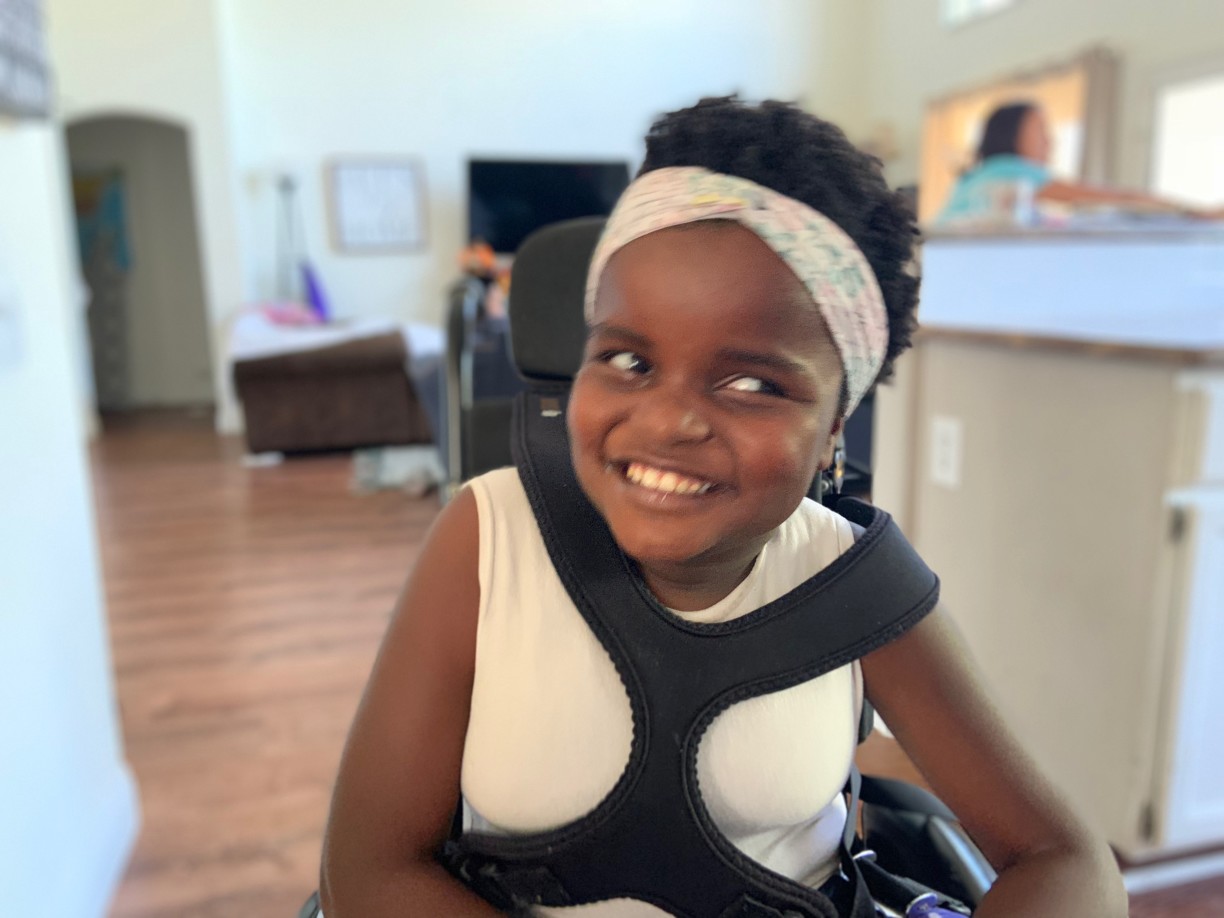 PS The pictures were taken a couple of weeks ago.  I long for each of you to spend a day with our spunky girl.  Her personality lights up the room – she is just so much fun!  As she began to wake up from the aftermath of the seizure on Friday she was entertaining the hospital staff.  They were actually laughing out loud at her antics!

Then yesterday was my birthday and she was laughing and laughing as we ate breakfast in bed – all the kids, Savannah, Winston (Graham was home sick) and Dw and I.  She loved the coconut whipped cream (Savannah whipped up from scratch – she’s truly amazing) on top of the fresh blackberries and raspberries (my birthday request) and kept grabbing a finger full and laughing hysterically!   She’s currently squealing with delight because we are about to head to church and worship.  Oh the joy our daughter Ruby has brought us – we definitely have never done anything “good” enough to deserve the privilege of being her mom and dad.