Throughout life the Lord in His kindness brings such precious people across our paths.  Not long after we moved to Phoenix we visited a church here in the valley.  Ruby was tiny and needing to feed her I was led to a nursing mother’s room.  It actually was like a party in the room!  There was a large gathering of women and babies and they warmly welcomed Ruby and I in to join them.

One of the moms, Kim, was in the room with her twins.  As it turns out one twin’s name was Mayzie.  Mayzie was so beautiful although her life was medically fragile and complicated.  Having Ruby we had more in common than most in the room that day and we became casual friends.  Some time later I met Kim’s sister, Gina.  Gina is a single mom with two sons, both of whom have complicated medical needs.

Our family moved to the opposite side of the valley but over the years I was able to keep in touch with Gina and Kim through both Facebook and Hope Kids (a ministry for kids with life-threatening illnesses).  Then this spring the Amazing Mayzie went to live with Jesus and everyone who knew her had broken hearts.  For us moms with treasures with complicated medical needs this is always hard to bear because we are reminded that this could be us.  Our hearts grieve with them in the loss of Mayzie.  Mayzie was a beautiful girl whose life echoes across the world.

As the Lord would have it Mayzie’s aunt Gina and grandma Lynne were able to come on the GO Team with me in October this year.  In the midst of their enormous grief Mayzie’s family graciously gifted her wheelchair to be given to one of the Gems.  Gina had also found several other wheelchairs to take to the Gem as well.  It was amazing to have some beautiful wheelchairs flying with us across the world for the Gems.

As we traveled to Uganda I was wondering who would be the recipient of Mayzie’s chair?  Josh and Emma look at the chairs and the needs and what one suits which Gem best.  Secretly I hoped it would work for Patience.  Patience stole my heart when I first met her.  Do you remember her? 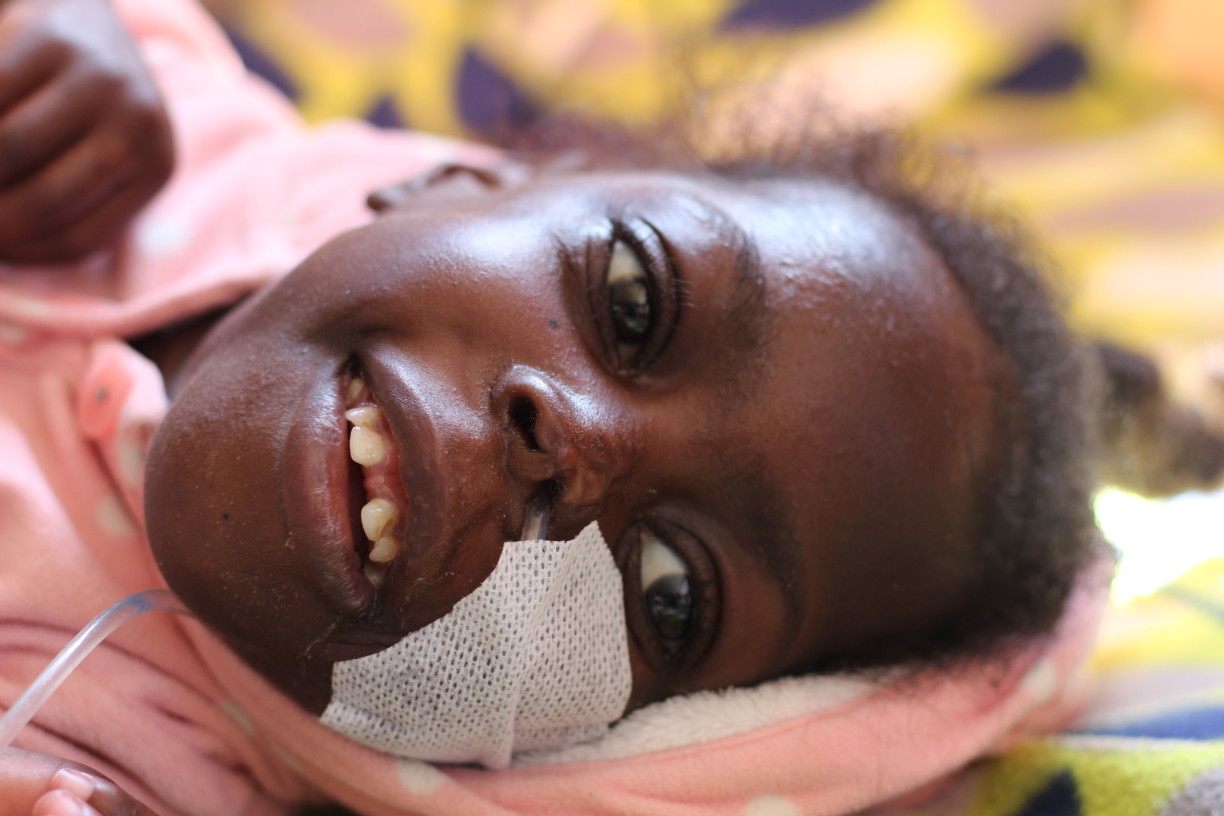 When Patience arrived at The Gem she was seven-years-old and weighed only six pounds – her desperately fragile life hung in the balance.  I shudder to think what would have happened to Patience without The Gem Foundation.  Their dedicated staff work round the clock to care for Gems like Patience – severely starved and tragically abused – but each Gem so worthy of food, tenderness, care, mercy, adoration and the love of Jesus.

As I held Patience back in early 2018 I told her that she had to fight because when she was better I would take her to chase the chickens.  She moaned softly and I knew she understood.  I then told her that if there weren’t any chickens we would chase the pigs and if there weren’t any pigs we would chase people! She softly moaned again, a wee speck of her smile appearing  – no doubt she knew exactly what I meant. Oh how I wanted to chase anything with her!

Now true confessions – being the Founder and Director’s mom has its perks…and every now and then I will get a picture or video of Patience from Emma.  Yes, Patience stole my heart and I’m quite certain that if she and Ruby met, they would definitely be best friends.

So when we arrived in early October I didn’t say a word about the wheelchairs and who should get one because that’s Emma and Josh’s decision but a gal can secretly pray and hope!  Well you guessed it – Beautiful Miss Patience became the recipient of the Amazing Mayzie’s wheelchair!  It looks like it was custom made for Patience!  Aunt Gina and Grandma Lynne cried and I cried and Mayzie’s family cried and we all cried…God was so good. 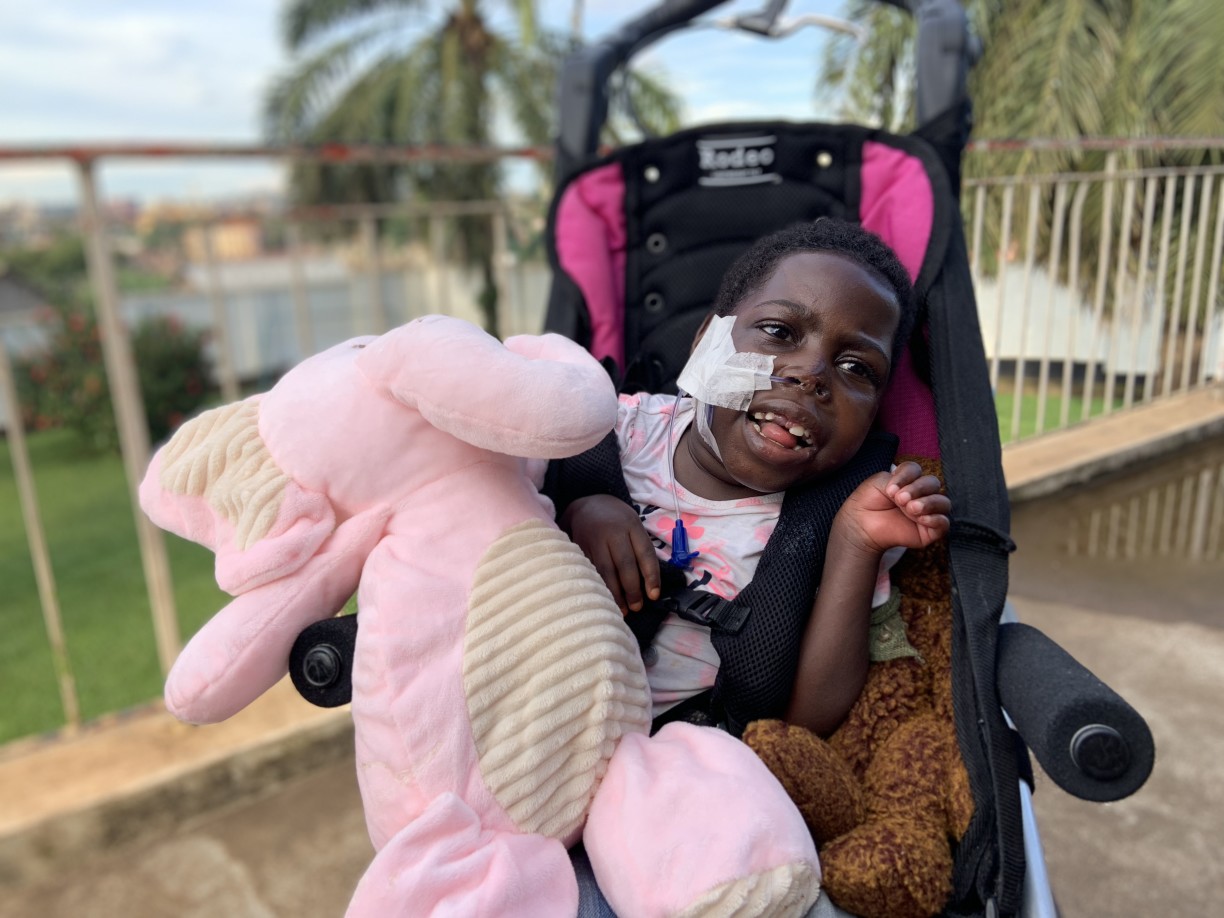 Patience’s smile is the BEST! 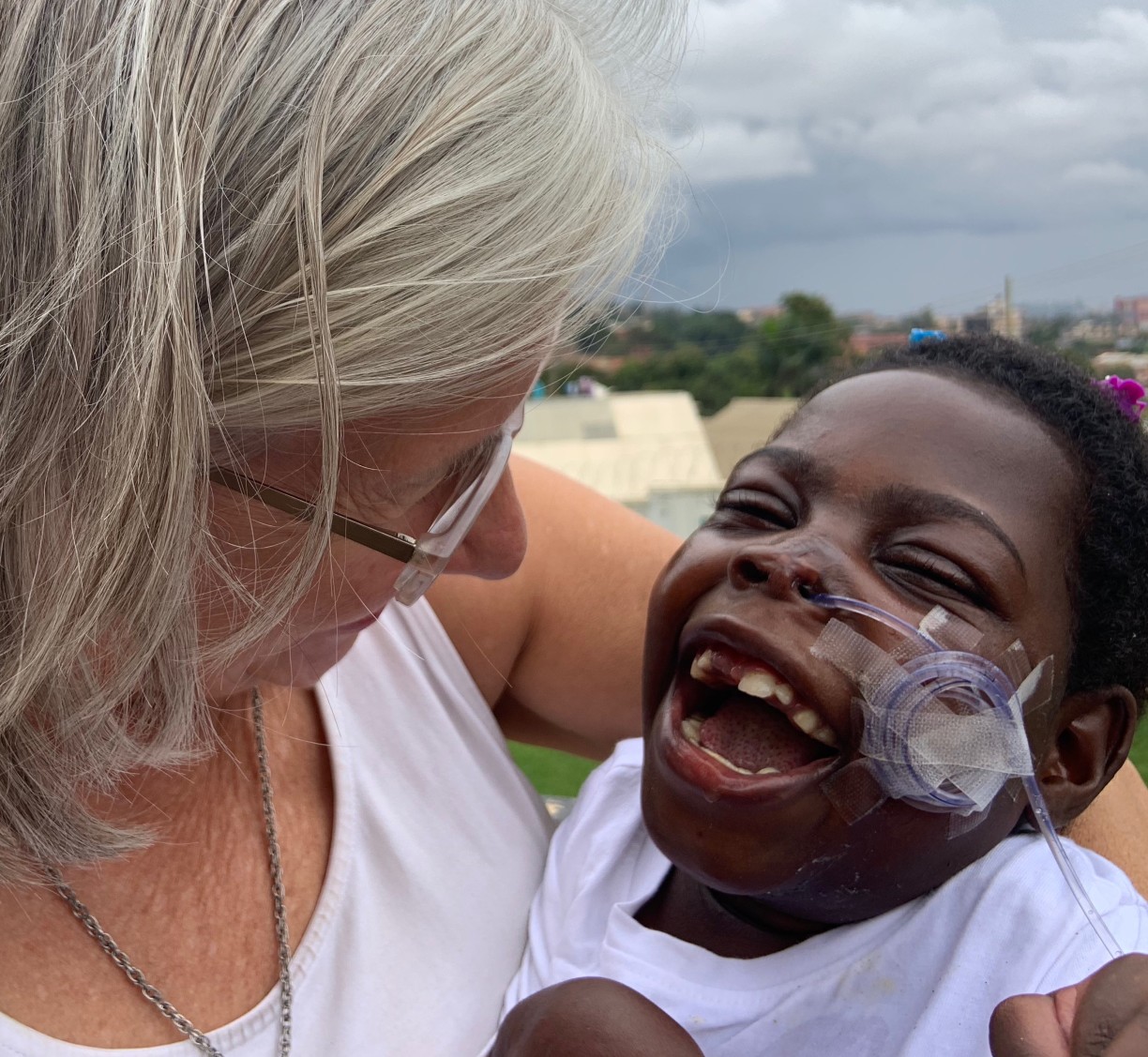 Yet through the tragic loss of the Amazing Mayzie and her family’s unselfish love for the broken-bodied orphan, a precious Gem in Africa has a wheelchair all her own…and two little girls, on opposite sides of the world are connected forever through the never-ending mercy of God.