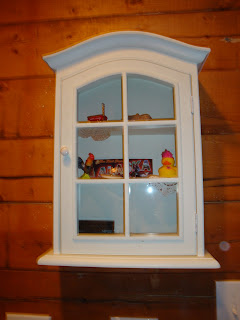 I love blogging, but I also want to make the most of it. So I have been praying about what to “talk” about on a regular basis and thankfully =) Thankful Thursdays seems to have “hit the spot!”

Dw just finished up a series entitled, “One Month to Live”. We were challenged to think about what we would do if we only had one month to live. If I only had one month, what would I want to mention to my bloggy friends? Which brings me to my new Monday topic. Memorial Box Monday. Our Memorial Box is displayed in a prominent place in our home because it’s at the heart of our home, our family and our faith. Here’s the background: 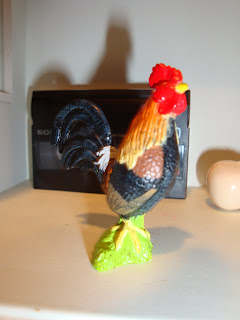 Oh yes, dear friends, there is a sweet little rooster sitting in our Memorial Box. It is a constant reminder that God even cares about the “little things” in our lives and He totally is the God of what would seem impossible (or even silly to some)!! I mean, seriously, what are the “odds” that someone would come to buy our home and want Ezra first off? Only the God of the universe could stir a couple’s heart whom we had never met before to love my little Ezra from the get-go and have such a direct and special request upfront, before they even presented the offer!!!! What an amazing God we serve!
Which brings me to the question: If God cares so much about providing a home for a little feathery friend of mine – how much more does He care and provide for the super, huge, gigantic, enormous, seemingly impossible things in your life? Exactly my point!! Yipppeee Jesus!!

14 thoughts on “How About Memorial Box Mondays? aka We Will Remember….”