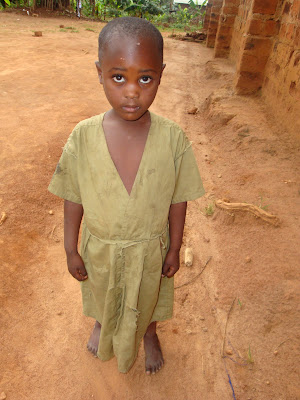 VISA Application: $500.00/child (approx)
Airfare: $2400. – to meet child
Airfare: $2400 – to go do paperwork and bring child home
Airfare: for child
Drivers: $500.00 ($25/day for small car)
Miscellaneous: $500.
Internet: $5/day – a MUST! =)
Ugandan Guide: $30/day
Cup of Coffee on Regular Basis w/chocolate cookies from Aroma: comparable to US
Attorney Fees: United States to process adoption (have no clue, we haven’t called one yet)
Look in your child’s eyes when they are safe with a mommy/daddy: Priceless!!
I will post this and please feel free to link back to my post from your blog. I may think of something I have forgotten and will update the ransom total if need be.
Dw and I feel that it could be that Dw will go and talk to Peter, as well as another attorney to see if the process can be streamlined. We also believe that if you are interested in going with him in June to Uganda (he is leading a team) you can meet the children and have an idea of what it is all like. First spots are being offered to our church and then we will update on how many spots remain.
If you have more questions, please feel free to write me at email on sidebar: APlaceCalledSimplicty@yahoo.com

10 thoughts on “Adoption From Uganda (thru our eyes and experience)”