When Emma, Graham and I were in Africa to bring Elizabeth and Elijah home we would go to use the computers lined up at the guest house we were staying at.

I would look over and see Emma typing away, smiling as she tipped her head to one side and then the other.

“Who are you messaging that warrants such a smile?,” I questioned.

“Josh!  He’s up in the night to read his Bible,” she answered.

Laughingly I responded, “Read his Bible, my eye!  He may be up to read his Bible but make no mistake that boy likes you or he wouldn’t be up at 4:30am “to read” it!”

She laughed and said she doubted it.

She definitely was not convinced.

Shortly thereafter Josh bought a cell phone and began texting Emma.  Just “coincidence” I’m sure.  I told her my thoughts.  She said she doubted it.

After a couple of weeks, on New Years Eve 2008,  we were living in our little log house when Josh texted her and asked if he could call her.  She came to me and said, “Josh wants to call me.  What do you think he wants?”

Not exactly sure girlfriend, buuuut I’m guessing it has something to do with being up in the middle of the night to read his Bible!!

She told him he could call and that day he asked what she was doing on July 24, 2009 {two days after her 16th birthday and still almost 7 months away}?

“I was wondering if I could come to Colorado and celebrate your 16th birthday with you?”  At the time we had a “no dating till you’re 16 rule”…{we have since changed the rules.} 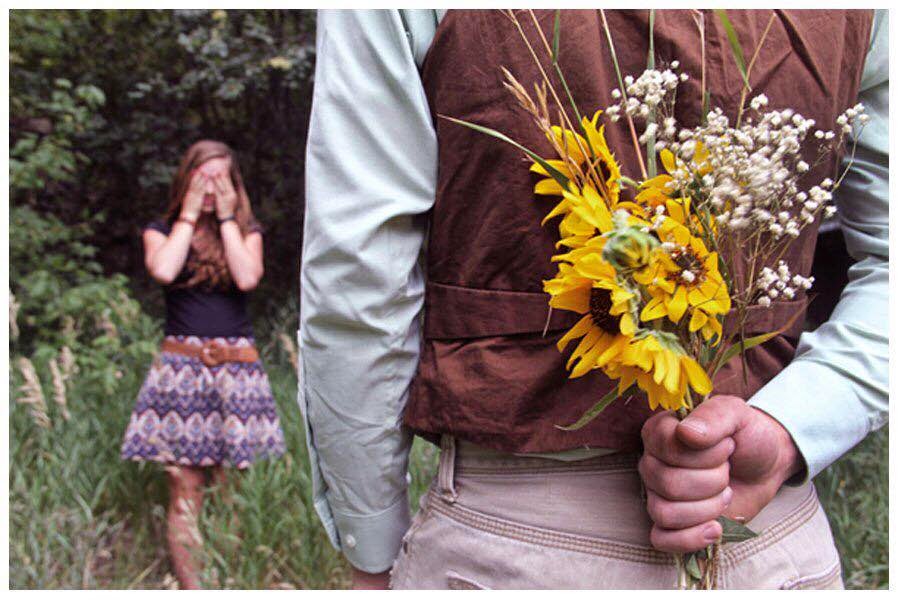 From the beginning {before their first date} Emma shared with him that God had called her to serve the orphans of Africa and that she would be moving there one day.  She made sure he understood, “I don’t know if God has called you there, but He definitely has called me and I will be moving to spend my life there.”

They began dating on her 16th birthday.

We came to know Josh well and love him very much as he was in our home almost every day. 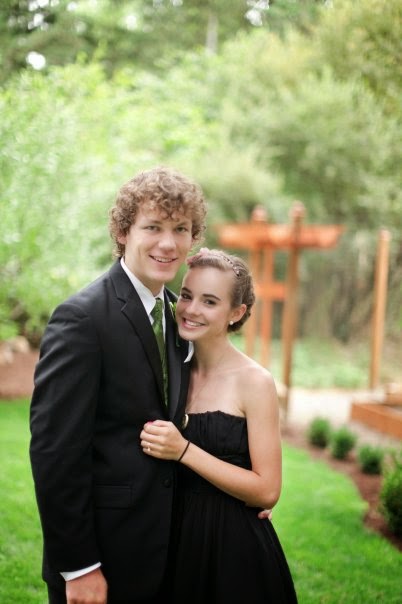 In 2009 Josh joined Dw and Emma on his first GO Team and he fell in love with Africa as well…. 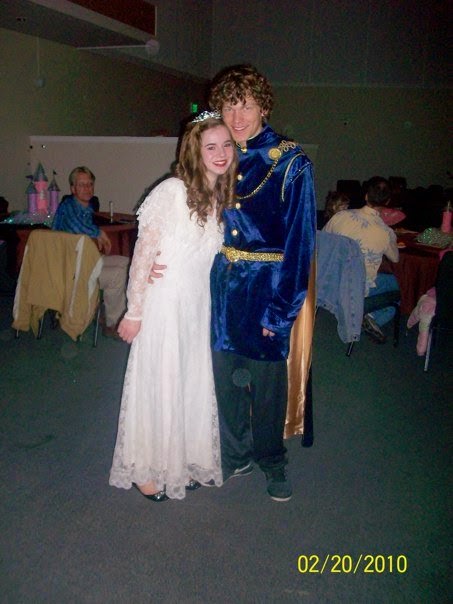 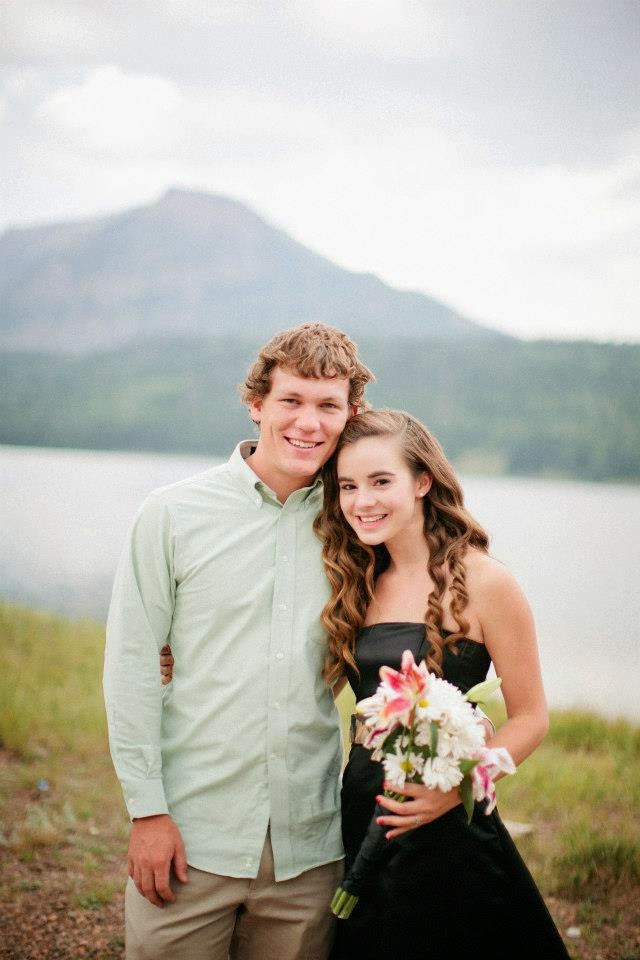 Months before Emma moved to Africa
{in early January 2013}
and after dating 3-1/2 years,
they parted ways.
It was very painful.

After their break-up, Emma dove into the work God called her to.


But that young man just couldn’t forget her.

And after Emma lived in Africa for about 7 months she “ran into” Josh at an orphanage
she was delivering food {for International Voice of the Orphan} to.


Dw and I were definitely very suspect – ha!

While there Emma and Josh spent quite a bit of time talking about the past
and eventually Josh joined with some of Emma’s close
friends who were treating Emma to a safari for her birthday.
Everyone had a blast!!

Another year passed and they would text and talk from time to time but only as friends. 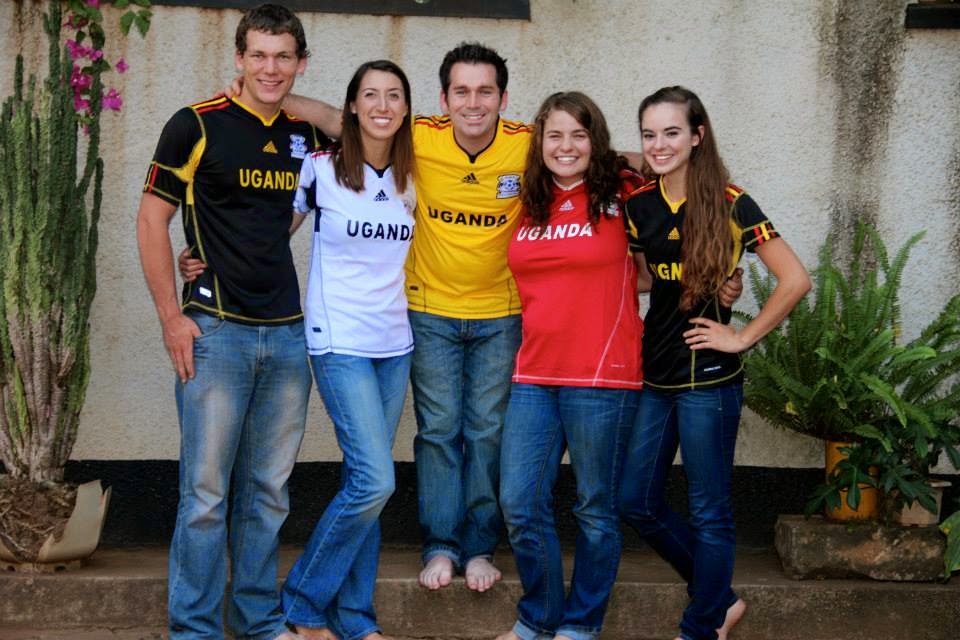 Then this past summer Josh surprised Emma at The Gem Foundation!!!
Emma was in shock.
They were only friends
and she had absolutely no idea he was coming.
Josh told me later that as he sat on the front porch waiting
for Emma to come see who was on the porch of
The Gem
he began to cry as he heard all the sounds
of the precious Gems inside.

Emma’s dream was now a reality and he was so humbled to
see all that God had done.  He also mentioned that he
would not go inside without Emma showing him
herself.  She had ate, breathed and dreamed it and
he wanted only her to show him.
Josh also shared with Emma,
“I have been at all the Saunders’ wedding,
[yes, he’s been at Abi’s, Tyler’s and Autumn’s]
I’m not missing Graham and Savannah’s
and I’m here to join you in watching it on Skype
so you don’t have to watch it alone.” 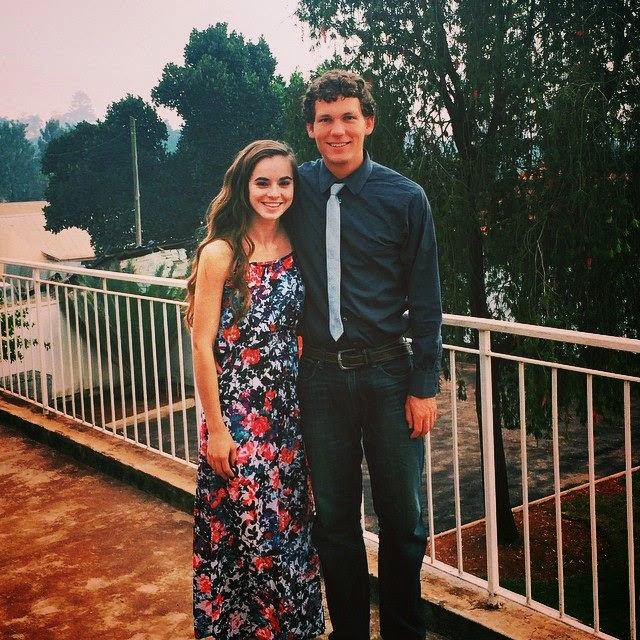 Graham and Savannah’s wedding July 2014
Macey curled Emma’s hair and they
Skyped in together and ‘attended’ the wedding.
Upon returning from Africa Josh journeyed to Phoenix to ask if he could
have permission now to court Emma with the future intention being marriage.
We spent hours and hours and hours talking.
Not.kidding.
Emma’s calling is huge and we had to be certain that he understood that
and that he would join her in her lifelong work.
On a humorous note, he had thought we would talk the evening he arrived.
But we couldn’t do that due to circumstances so the poor guy had
to sweat it out wait until the next day.
He talked about the past and future with each of Emma’s siblings at home.
It was a powerful time.
Then Dw and I each talked to him alone.
There is no doubt our family loves Josh very much and we gave him
our blessing to court her.
Two weeks ago he traveled through Phoenix and this time he asked if he
now had permission to marry her?
And the rest is history….
Sunday evening in Uganda,
after a candlelight dinner on the porch of
The Gem Foundation
{there was no power!}
and after a bit of dancing,
Josh lowered to bended knee and
asked Emma to marry him. 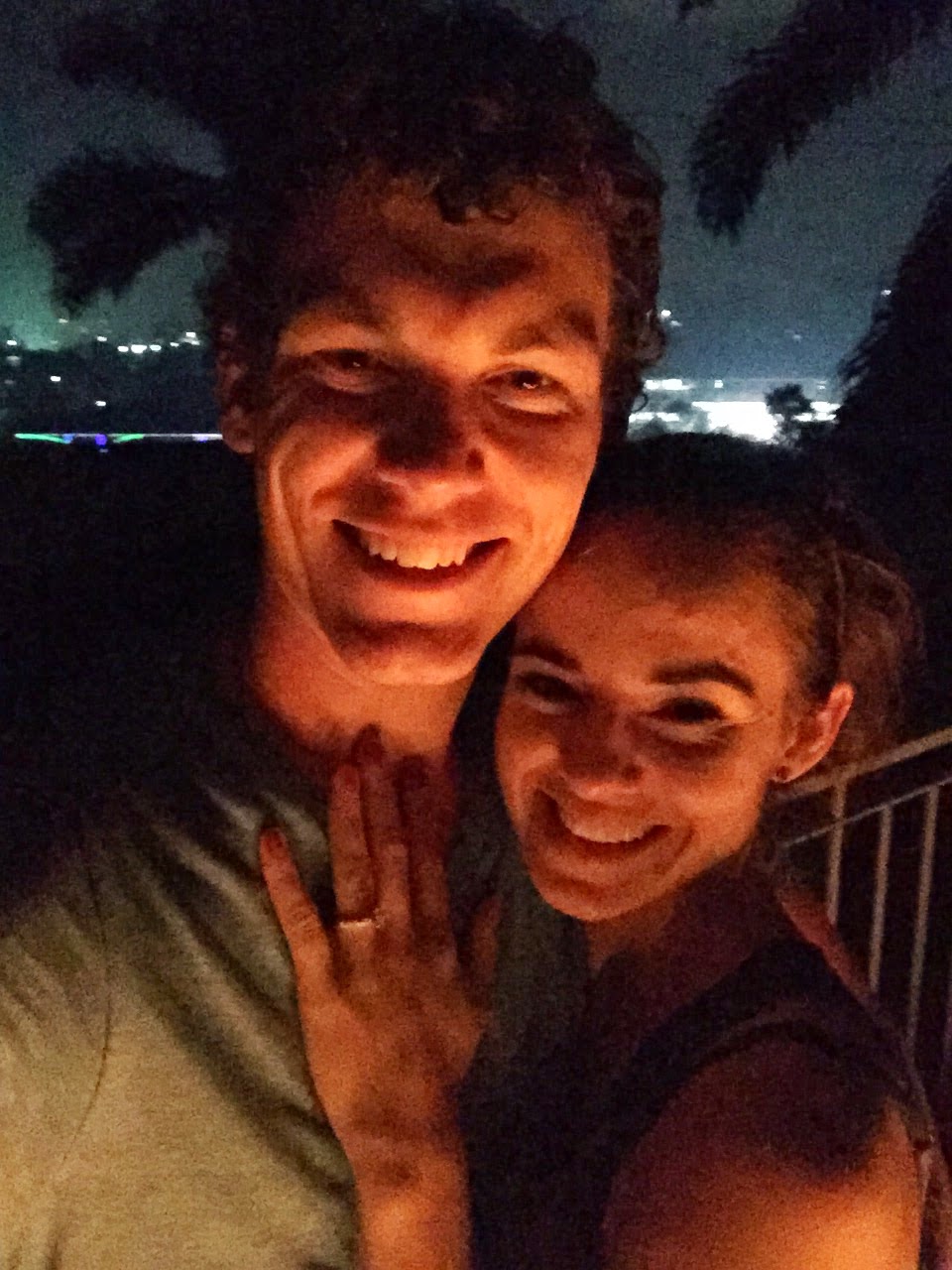 We are all overjoyed! 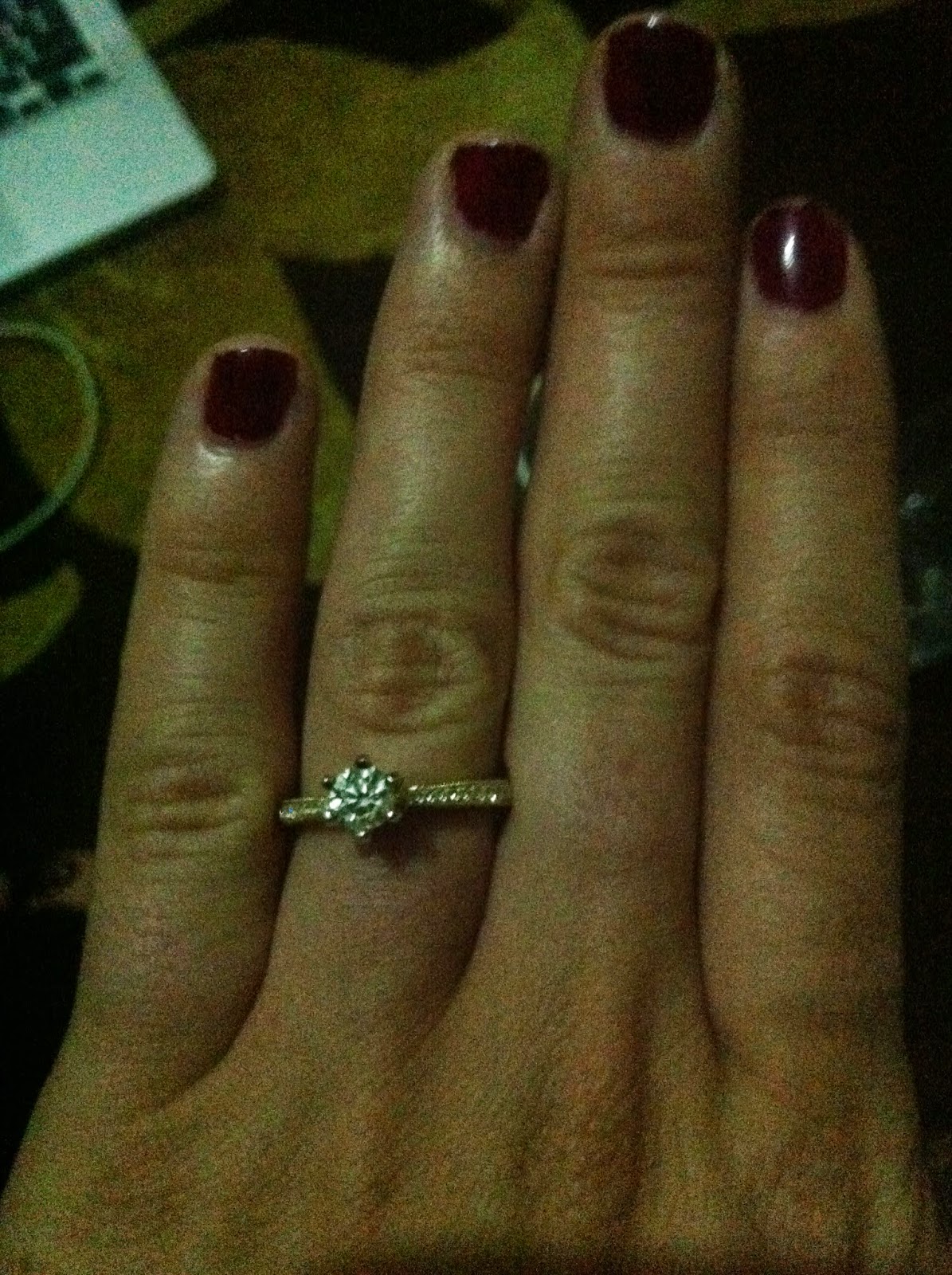 Almighty God brings delightful beauty out of painful ashes,
restores seemingly lost dreams and heals broken hearts.
He is always faithful.
No date has been set,
{but Lord willing it will be sooner than later}
Should they come to mind,
prayers would be deeply appreciated
as all the logistics are worked out
for them to marry
and
Josh to move to Africa to join Emma in serving
the special needs Gems together.


Emma blogs  at Em On a Mission

15 thoughts on “A True Love Story”