Skip to content
Facebook Twitter Instagram
Search
Close
Oh friends!!  I love the story I am about to share because of all the healing it holds.   There is such power in this very personal story which, over the years, I have told our children dozens and dozens of times.
As I begin to type it out, I actually feel giddy.  It’s such a wonderful Memorial Box story!! And although from my childhood it reinforces that, no matter our age, God is faithful and He always whispers secrets to those who fear Him (Psalm 25:14).
A little background first…I have eluded on several occasions to the pain I experienced growing up.  The thing about pain is that sometimes others seem to pick up on it.  And not always in the best way.
When I was in 6th grade my dad lost his job.  He had worked diligently for a company for 24 years and one Friday, about an hour before closing, the boss called him in and explained that one of his kids had now graduated from college and would be filling my dad’s position.  My dad emptied his drawer and came home.  This would now mean that my dad was home all the time. I was 11 years old and it was a especially difficult season.
Money was never plentiful before my dad lost his job and now times got even tougher. And some days life took on more heartache then most would ever be able to fathom.
Middle school began and my dad still didn’t have a job.  New clothes weren’t thought about, eating was.  And the very real possibility of losing our home.
So when I was in middle school, I definitely was not “cool” for my clothes.  Compounding the “not cool” status was the fact that when someone is being abused, the shame they feel seems to permeate their being, making them an easy target.   Which I was.
Junior High was brutal.  For real.  It is only by God’s grace that I survived.  I am actually in the beginning stages of writing my life story (I wrote the bones as I flew home from Uganda the other day. Although a story sprinkled with pain, it is a story of the power of God to miraculously heal, redeem and restore!)
Anyway, one day in Junior High this story begins.
Being painfully shy and often abused, I pretty much kept to myself.  If I could have been invisible, I would have liked it even better.  I avoided making eye contact with most.  My goal each day:  Slide in, unnoticed and slide right out.
But one day I was in the gym locker room and out of nowhere a girl came and stood nearby surrounded by her posse.  I recognized her and knew her name, although I had never been in a class with her or had any interaction whatsoever.  She was in the gym class before me and hence, was still in the locker room when I arrived.
At that moment, for no apparent reason, this girl, whom I will call Trudy, began making fun of my clothes.  Her peeps all laughed uproariously.  I said nothing but locked my eyes on the floor and hurried to get out of there as fast as my beat-up shoes would take me! 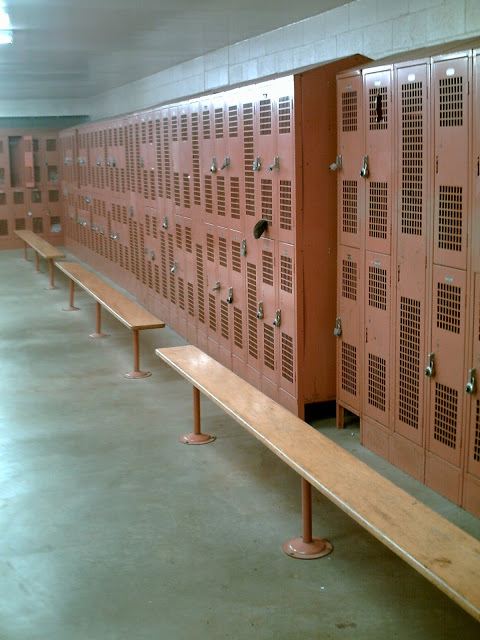 Although I have never, ever in all my life desired  to be a fashionista, the nasty things Trudy said that day, left an ugly impression. Tears hung close for hours.
A few days later I had gym class again and once again, she spotted me coming and Trudy began another verbal assault.  Eyes on the floor and welling with tears, I hurried by as quickly as I could as her posse laughed enthusiastically at her mean words.
If I wasn’t enjoying school before, let me assure you, I was now dreading it a hundred fold!!   I was beginning to be filled with terror in my soul in fear that I would run into her again.
The next time I saw Trudy, she again began verbally attacking me, now making fun of not just my clothes, but my body frame and my face.  Her posse laughed and laughed.
I knew that the only way I would find relief would be to pray!  I am so thankful that I had received Christ as a little girl.  He truly was my refuge.  At home that day,  I prayed in earnest, asking the Lord what to do about Trudy.  I did guess that she must have had her own painful life that she would lash out such hateful things toward someone who had never even looked at her, let alone bothered her!
Praying fervently I asked the Lord what I should do about Trudy??   I prayed that God would soften her heart toward me.  I prayed that she would suddenly decide to be kind.  I prayed that God would keep me away from her – everything I could think of! Even that He would move her out of state, like tomorrow!!  My seventh grade heart was so distraught.
And no, I didn’t tell anyone about what Trudy was doing to me.   There is something so painful about being made fun of.  It causes a shame of its own and very real heartache and such embarrassment!  Because down deep there is always the lingering thought, “What if what she is saying is true?”
I needed something to change – and FAST!!
While in my bedroom praying and asking the Lord what to do, I heard Him whisper, “Go out of your way to compliment her!”   I was taken back!!  And so I reasoned with the Lord, “Did you not hear the hate-filled things she said to me?  If I stop to say something nice to her, she will have that much longer to be nasty to me!!”  But His whisper returned, “Compliment Trudy.”  In other words, “Kill her with kindness.”  I didn’t have any malice toward her for her meanness, so the idea of being nice to her was easy, BUT I just didn’t want to linger giving her more opportunity to be hateful.
From reading my Bible I knew that when God gives us a direction, we can only have one response.  Do it!!   I prayed again and said, “Okay Lord!  I will do it.  But please would you give me something that I can sincerely compliment her on? It has to be something I truly mean.  You know me Lord and I am always truthful.”   I knew He understood.
My heart was changed!! I actually remember being excited (with a tad of trepidation) at the thought of seeing Trudy and her posse again.
A few days later I spotted her in the gym locker room.  She saw me coming and opened her mouth to speak, but before she could even get a nasty word out, I glanced down to see the red shoes she had on her feet! 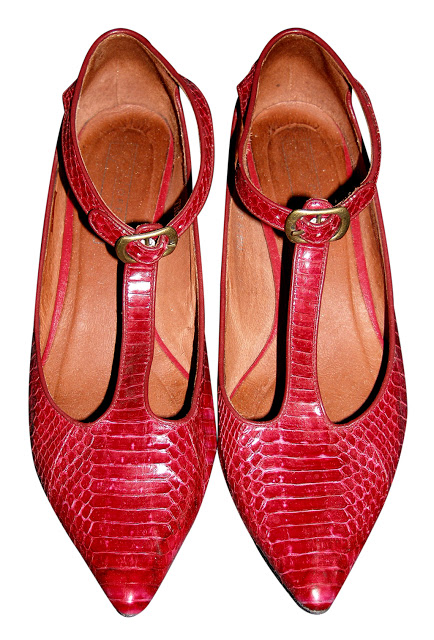 Well friends, the color red is one of my two all-time favorite colors and Trudy’s red shoes that day were adorable! So stylish and beautiful.  My heart could sincerely compliment them!
And as Trudy opened her mouth to begin, with courage that could only come from the Lord, I began, “Oh Trudy!  I love your shoes! I would love a pair like that!  They are just so pretty!  Red is one of my favorite colors!!”
After finishing those few sentences, I glanced up at Trudy and found her mouth gaping.  Literally.  She stammered a bit and said, “Ummm, oh. Uh.  Okay, umm, th-h-h-ank you.”
(My eyes well as I type.)  Such victory from the Lord at that divine moment!!  Red shoes!! Of course!
Trudy’s posse stood beside her staring and believe it or not, their mouths hung open.  They appeared to be just as dumbfounded as Trudy.
I smiled as best I could and booked away as fast as I could.  Inside I was pretty giddy.   How could poor Trudy be nasty when I had just sincerely given her a compliment?
Oh friends, the power of always obeying God was felt that day in a remarkable way!  The Lord had given me tremendous victory.
But what would Trudy do the next time she saw me??
Well I continued to pray that God would allow me to sincerely compliment her again.  And the following gym class there she was and this time she had on a beautiful pleated plaid skirt.  And wouldn’t you know it, God is so good – I’m a total sucker for plaid –  I absolutely love it!! 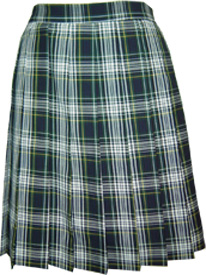 In an instant I spoke up, “Oh Trudy!! Your skirt is beautiful. Plaid’s my favorite!  You look so pretty.”
She stood frozen.  Her posse was frozen.  What could they do?
And I can joyfully report that Trudy was never mean to me again.  When I would see her in the hall over the years of Junior High and High school, I would say, “Hi Trudy” and she would say, “Hi” back.
Friends, it was such an important lesson for my seventh grade self to learn.  Obedience to the Lord is paramount and He really does work as we trust Him.
In our Memorial Box little red shoes will always remind us of the faithfulness of God displayed through choosing to obey Him.
I am sure there are many reading today who were the target of girls and boys like Trudy.  I am so very sorry for your pain and heartache.  I understand it well.  And actually, you and me?? We could have been best buds growing up!  We could have slid in and out of school together.  It’s always more fun to slide with a bff.
I do pray that God will use this story of Trudy to heal any pain you have left over.  I also pray that you can pray for the Trudy-like people who have hurt you over the years.  He will use our heartache to make us more like Him – if we let Him.  He is so faithful to each of us.
“Make sure that no one pays back wrong for wrong,
but always strive to do what is good for each other and for everyone else.”
I Thes. 5:15

5 thoughts on “The Red Shoes”