What an amazingly cool story there is to share today.  The Lord is so good!

Several years ago, through another adoptive mom, I heard about an amazing Irish young man who went often to serve the orphans of China.  Soon we became FB friends and before long we began to exchange emails as he desperately wanted the kids he worked with to find families.  And it didn’t take too long to realize he was so much like my Emma, only his heart was in China, as hers was in Africa.

His name is Robert and he is passionate about orphan care – his heart most tender toward the special needs treasures of China who wait.

After hearing about him, we began to pray as a family for him as Robert would go often from his homeland of Ireland to China to serve at every break possible.

Last fall, after Robert graduated from college, he took a year off to go serve in China and it is through him that I have advocated for many of the kids here at Our Place Called Simplicity.

Anyway, knowing he was in China serving and knowing that I would be heading there to bring Vernon (and Pearl eventually) home, I began to pray that God would make a way for the privilege of meeting him after admiring him for so long from afar!

As the Lord would have it, while in the city with Vernon and Pearly, Robert came through on his way to another part of China.  It was a delight to my soul and such a sweet highlight of my trip!

I am in awe of Robert, who has thrown aside the ‘wants’ of this world, the convenience of home and the comfort of family and friends being near to serve the broken-bodied orphans in a far away land.  Robert’s a hero in our book and I cannot thank the Lord enough for our time together.  He’s the real deal and I feel so honored to call him friend.

I regret I didn’t get any pictures of he and Vernon talking.  They laughed and laughed as they talked in Mandarin.  It was so wonderful to see our new son so animated as talking through the translator just doesn’t convey it like true conversation. 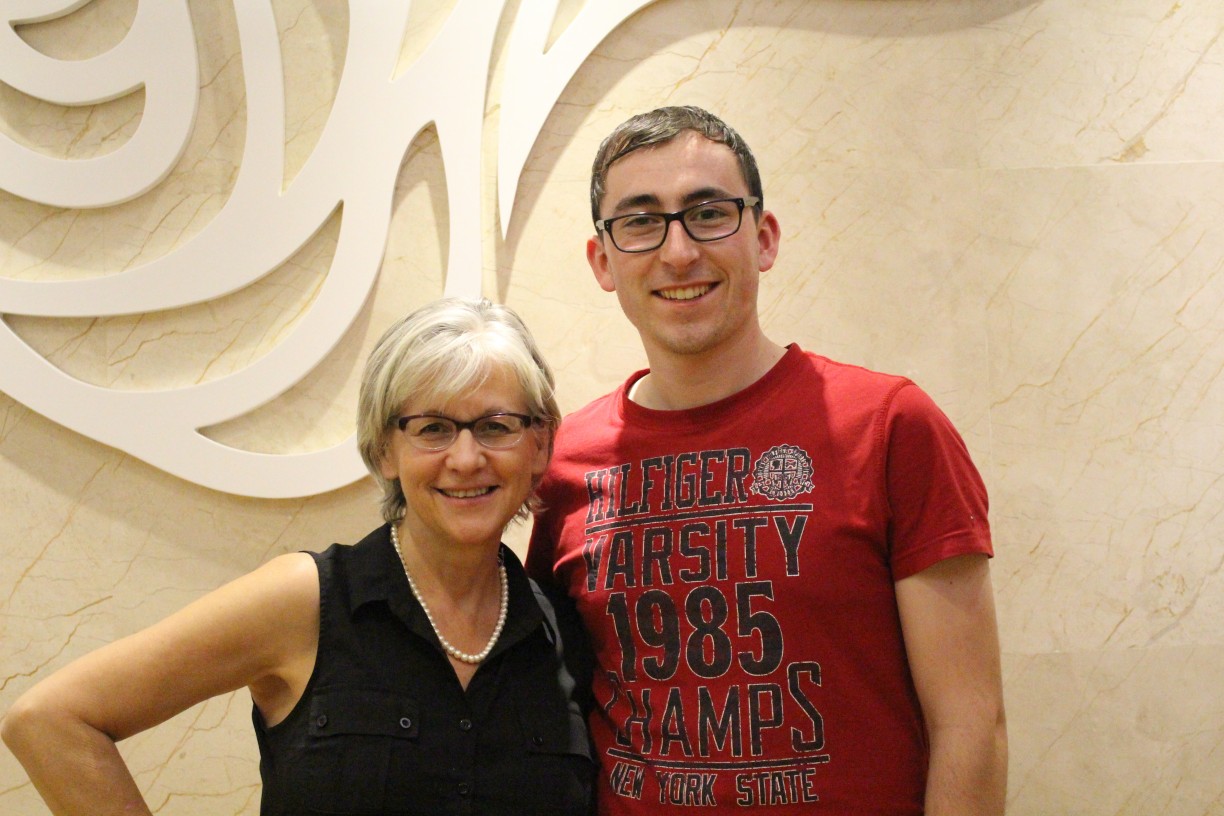 It is because of Robert’s work with these kids that I advocate.  He’s hung out with them.  He knows them. He’s passionate about them finding homes where they can thrive.

Patrick is 11 years old and is in the care of ICC in China. He lives in a group home in the local community for high functioning boys. He receives schooling from an ICC teacher and the necessary supports to become more independent. Patrick is loved by all who know him, he has a cheeky smile and is very sweet. He knows some basic English such as: good morning, good afternoon, good evening and some food items like apple, and others.

We got to talk to Patrick about adoption. He said very quickly that he does want to be adopted by a family in America. He knows other kids who have been adopted and he too longs for the opportunity to have a family of his own and the opportunities that go with that. 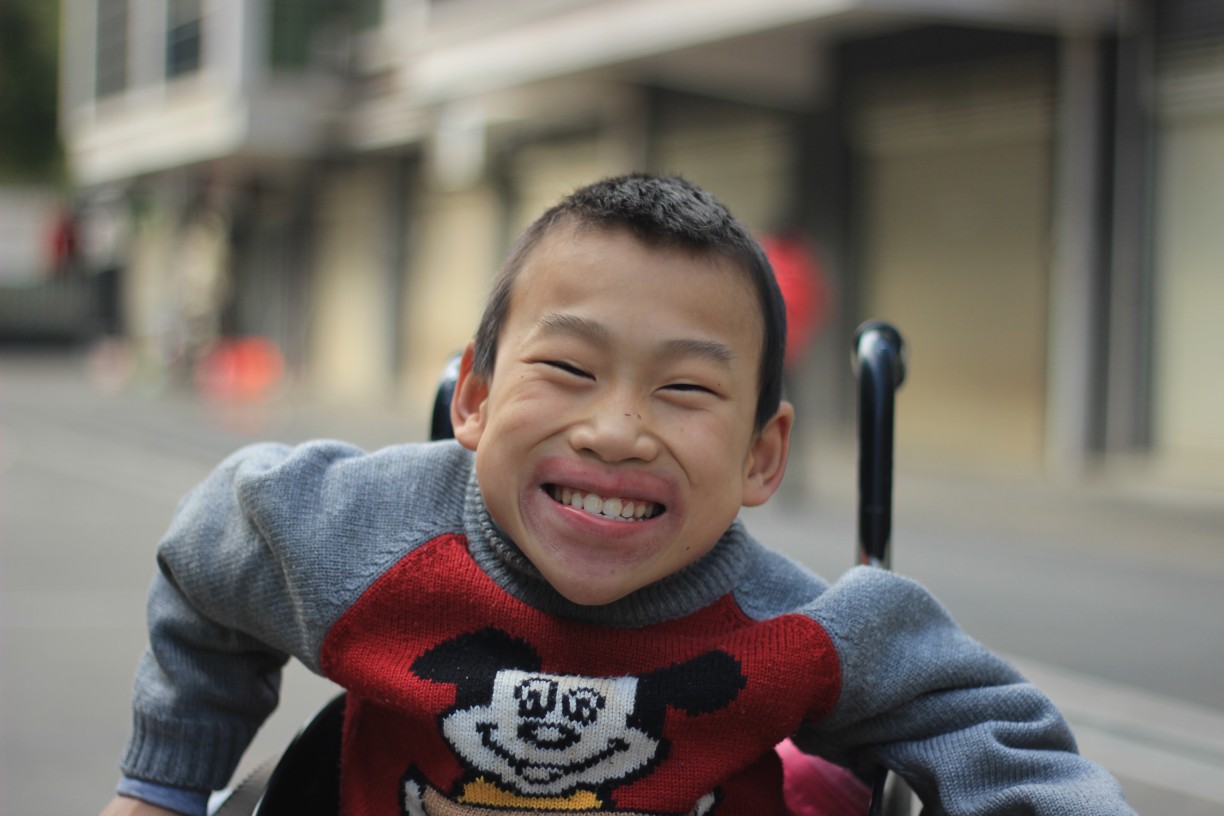 Patrick has Osteogenesis Imperfecta (OI) or brittle bone disease. This means his bones break easily and that he must be careful. He therefore moves around in a wheelchair, which he can do quite well. There are other families who have adopted children with OI who would be happy to talk to potential adoptive families about their experiences adopting a child with OI. Email Erin to get in touch with those families.

While Patrick is living in a family style environment, this does not fully replace the love, support and opportunities that being adopted would give him. He is close to the boys he lives with and already knows what it’s like to be a brother (to some extent). We hope and pray that the right family will be able to adopt Patrick. 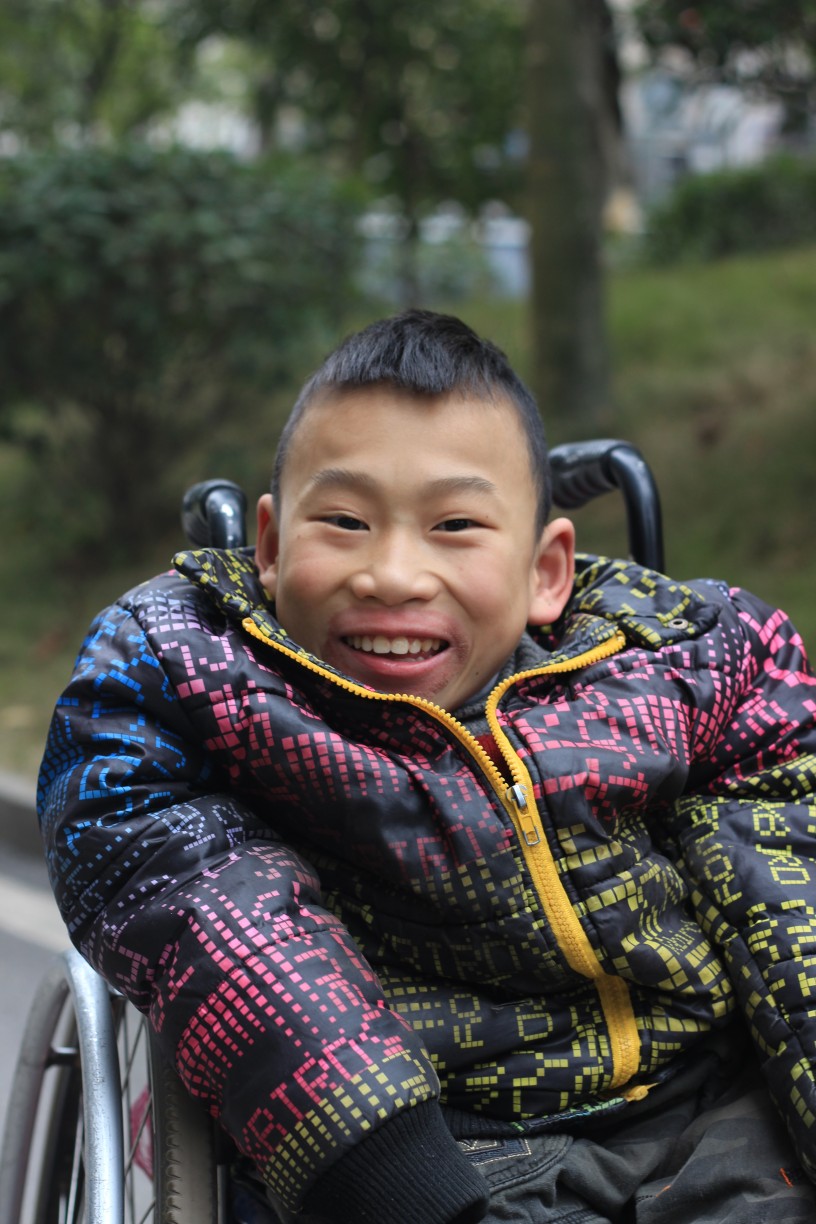 Patrick is listed on Reece’s Rainbow and rumor has it that if Patrick is matched with a family after May 6th, his family would be eligible for a $10,000 grant through RR because of an upcoming policy change!!  That’s crazy-amazing news! Where is Patrick’s family?  Could it be you?

And if his sweet picture wasn’t able to convince you, here’s a video of Patrick!!  Dare you to watch it!!

More information and pictures are available at:  Patrick

Learn even more about Patrick by writing Erin at:  cor867@yahoo.com

And then there’s Becky:

Becky is also 11 years old and has Cerebral Palsy.  She uses a wheelchair to get around most of the time as she has limited use of her legs and is working on using a walker with a therapist.  It just takes her a lot of effort and time to go a short distance. She gets around well in a wheelchair though.

Becky goes to a local school, despite being in a wheelchair (often a huge barrier in China as classrooms are not accessible nor are schools accommodating). This is not common for a child with a disability like Becky’s and being from an orphanage! She is determined to keep going to local school and could do so well with more individualized attention!! 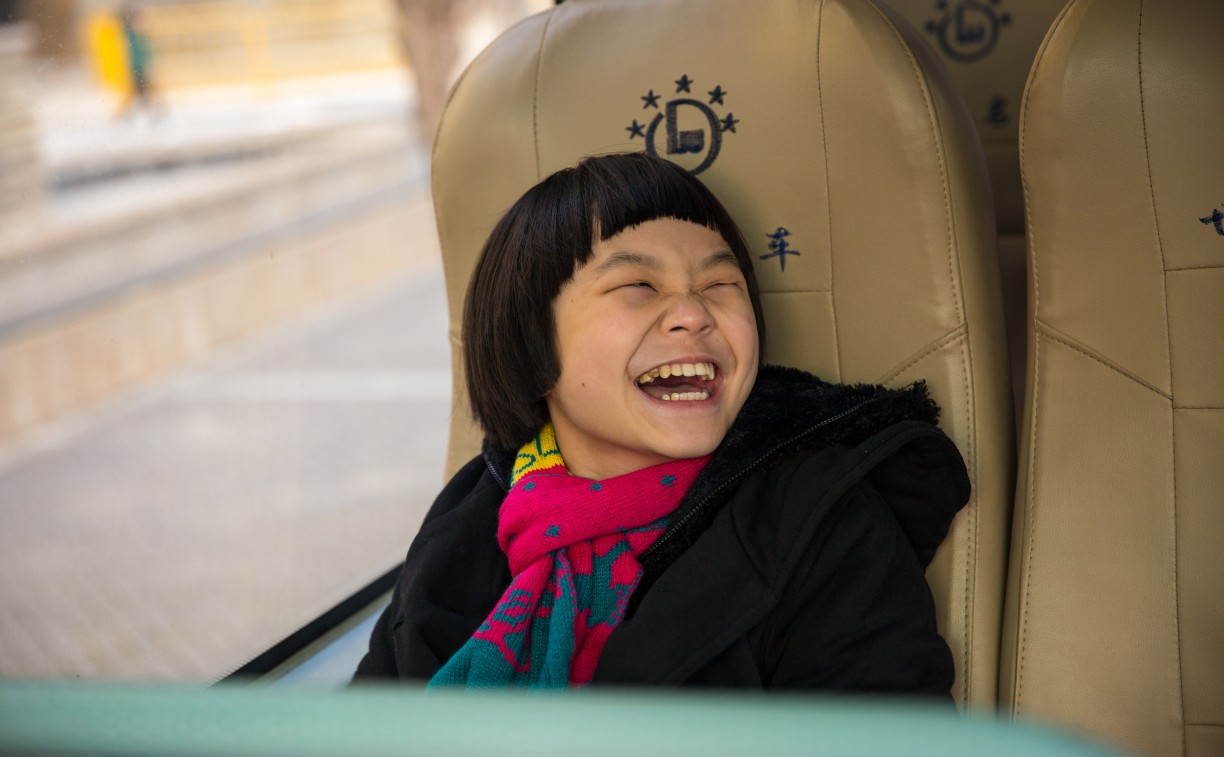 She is a sweet and caring sister to the other girls in her group home, living with 7 other girls in the community. She is shy around people she doesn’t know as well and sometimes needs to be encouraged to look up and speak louder, though when she is just with her ‘sisters’ she can talk loudly. She has a beautiful smile and sweet laugh too! She was recently playing Uno with a volunteer and a few other kids and she was the bossy one of the group and laughing lots during the game!! 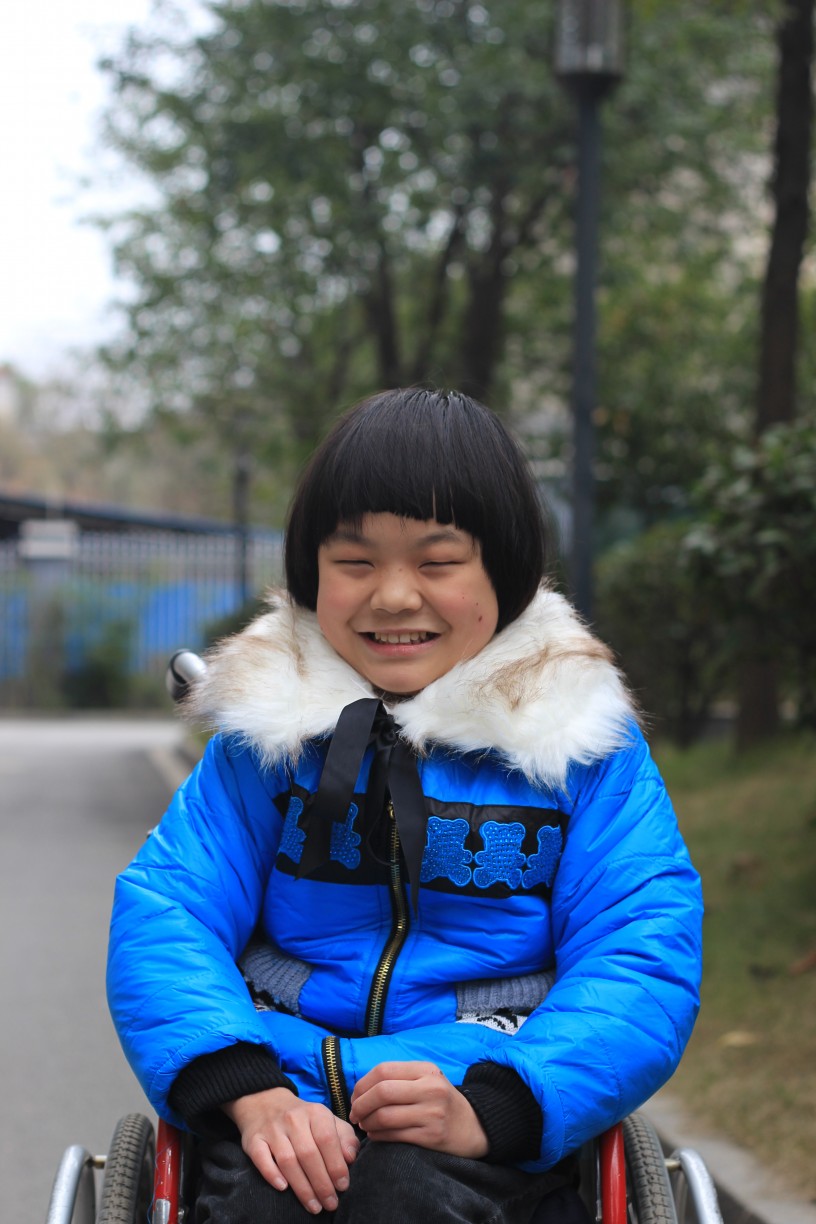 More information and pictures are available at:  Becky

Learn even more about Becky by writing Erin at:  cor867@yahoo.com

Robert knows these kids and he’s passionate about them finding families, as I am.

Could you help be the voice for Becky and Patrick?