Oh the look on Ruby’s face when the door opened and she saw a bouquet of balloons coming through!  I had told Ruby that she had a most special surprise about to happen and her face truly lit up!

And who was behind the balloons?

Two of the sweetest ladies ever from….Make-A-Wish!

After Ruby’s last set of life-threatening grand mal seizures Ruby’s own doctor nominated her for Make-A-Wish! And the joy has just begun! 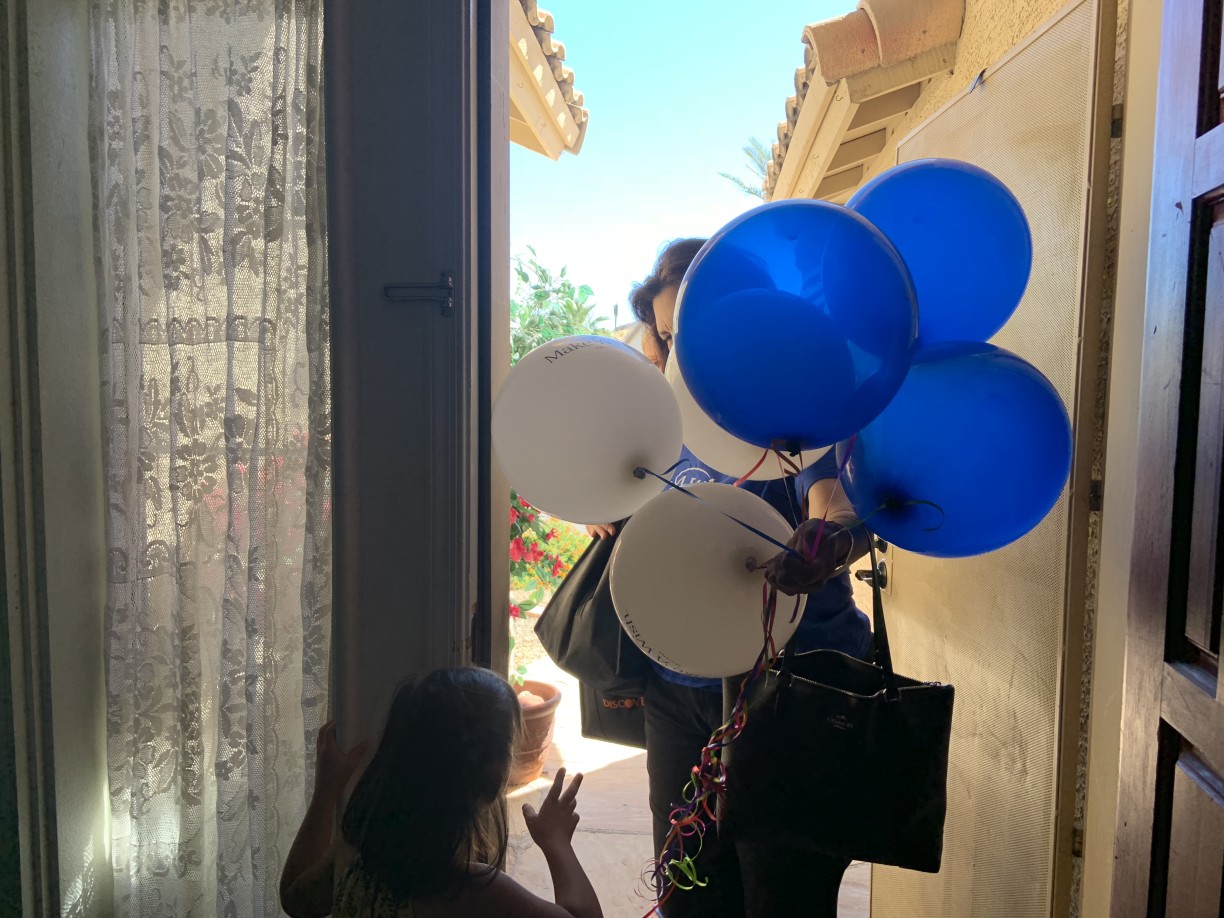 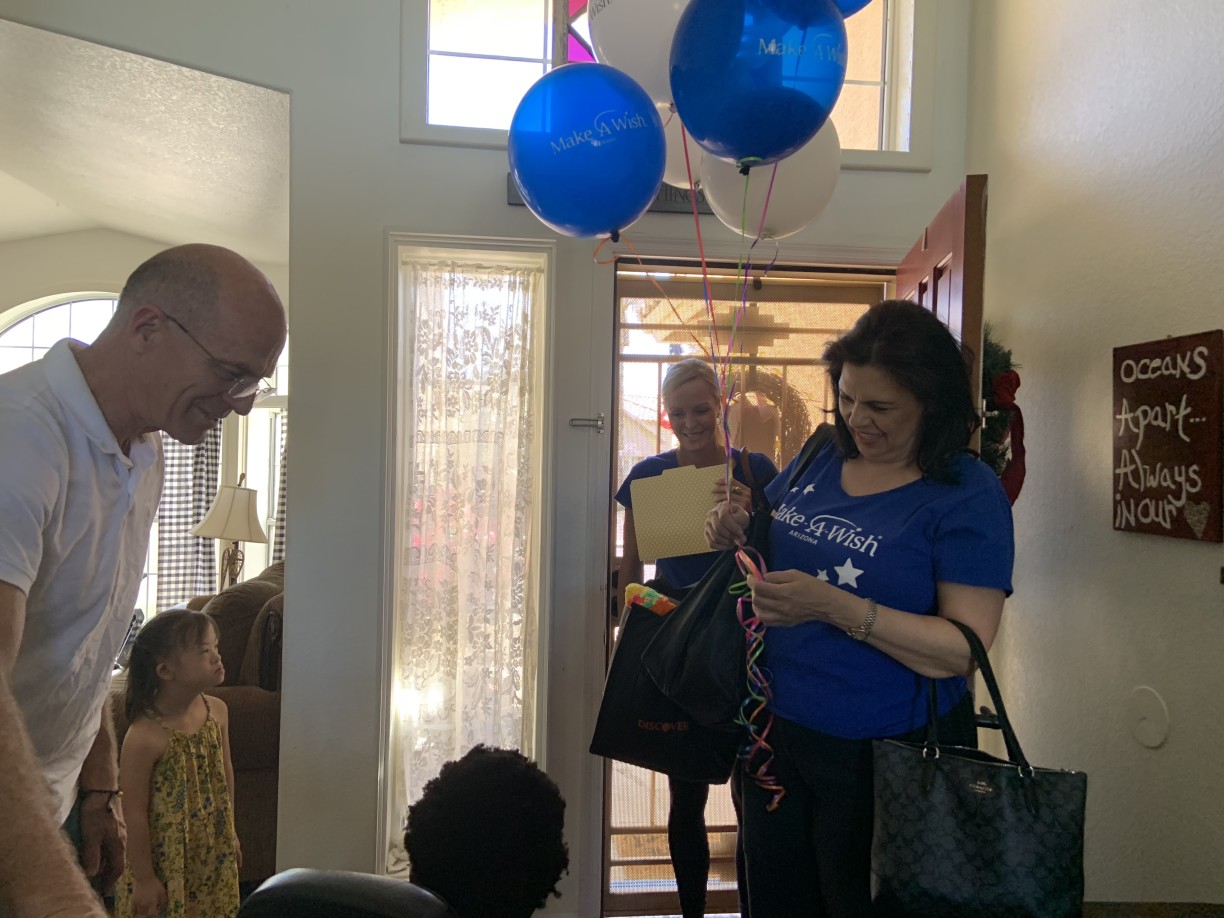 These precious ladies brought the party! Who doesn’t love balloons and ice cream sundaes?  They brought all the goods for them and even coconut whipped cream in a can!! Who knew there was such a thing.  As for me, just umm, hold the ice cream, the coconut whip cream was delish!  Of course, ice cream sundaes are a treat and always a hit in our home.

We enjoyed the sundaes together getting to know each other and then sat out on our veranda and visited.  They asked all about Ruby and questioned what are Ruby’s favorite things to do.  They talked to her and she definitely showed them what she loves!!  Oh yes she did!!  I will save the details for when we actually are further in the process.  It was wonderful to hear Ruby’s siblings all agree, without any prompting, what Ruby would love more than anything not to mention we all definitely know what she would not want!  No doubt there are medical considerations with Ruby’s situation as well.  But we pray that before long Ruby’s wish can be granted!

Later one of the ladies had a few extra questions which she texted me.  After answering the questions she commented back that they were giddy all the way home “because it was such a privilege to meet our treasures”.  We were equally privileged to have spent time with them.  Such a generous blessing is coming for our miracle Ruby-girl.

Ruby was too jacked up to for their arrival so she couldn’t nap and by the end of the visit she was looking rather tuckered. 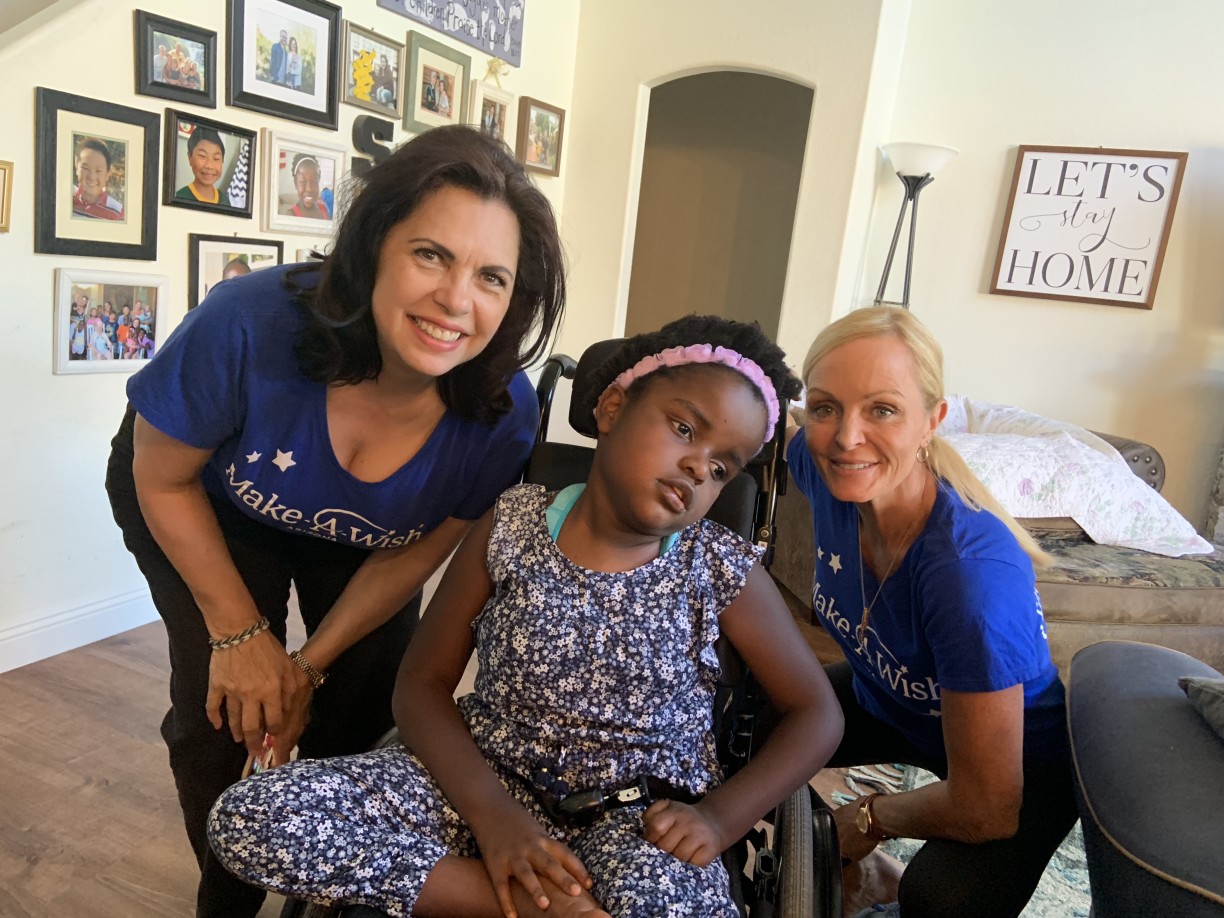 Before too long we pray that Ruby’s wish will be granted.  Such a miracle-girl and so remarkable that once abused, battered and left to die, she will be treated to an extraordinary trip of a lifetime!  We cannot thank the Lord enough – He has been so good to us.