It’s every parent’s nightmare and I’m still feeling very unnerved by it all.  Yesterday morning began when Dw took three of the boys to a meeting in California leaving Birdie, Ruby, Elizabeth, Jubilee and Johnny with me.  In the afternoon Savannah and Winston came over – which was a beautiful blessing!

Having only five at home, I decided to keep dinner simple: Gluten Free Pizza!  It’s a favorite of everyone!  When the pizzas were coming out of the oven I mentioned to Elizabeth that we needed to put the garbage cans out and we could do it together.  I was also really regretting that I hadn’t asked Dw and the boys to do it before they left as the gate is broken and very difficult to get back in place and locked.

Elizabeth told me she would gather the garbage from around the house and get it out to the cans. Before long she came back in and I asked if she was ready to help me get the gate open and the cans out.  She told me she had actually been able to get the gate open but was having trouble with getting it locked back up.  Elizabeth is an extraordinary help, never, ever grumbling – it’s not even in her DNA and it was really no surprise that she had managed to get the broken gate open, cans out and back shut again.

I left immediately following her through the garage to the side of the yard where the gate is.  As I followed Elizabeth I questioned where Birdie was and she answered that Birdie was in the backyard.  I managed to get the lock on rather quickly and instantly turned and questioned again, “Now where is Birdie?”  She again said she was in the backyard. 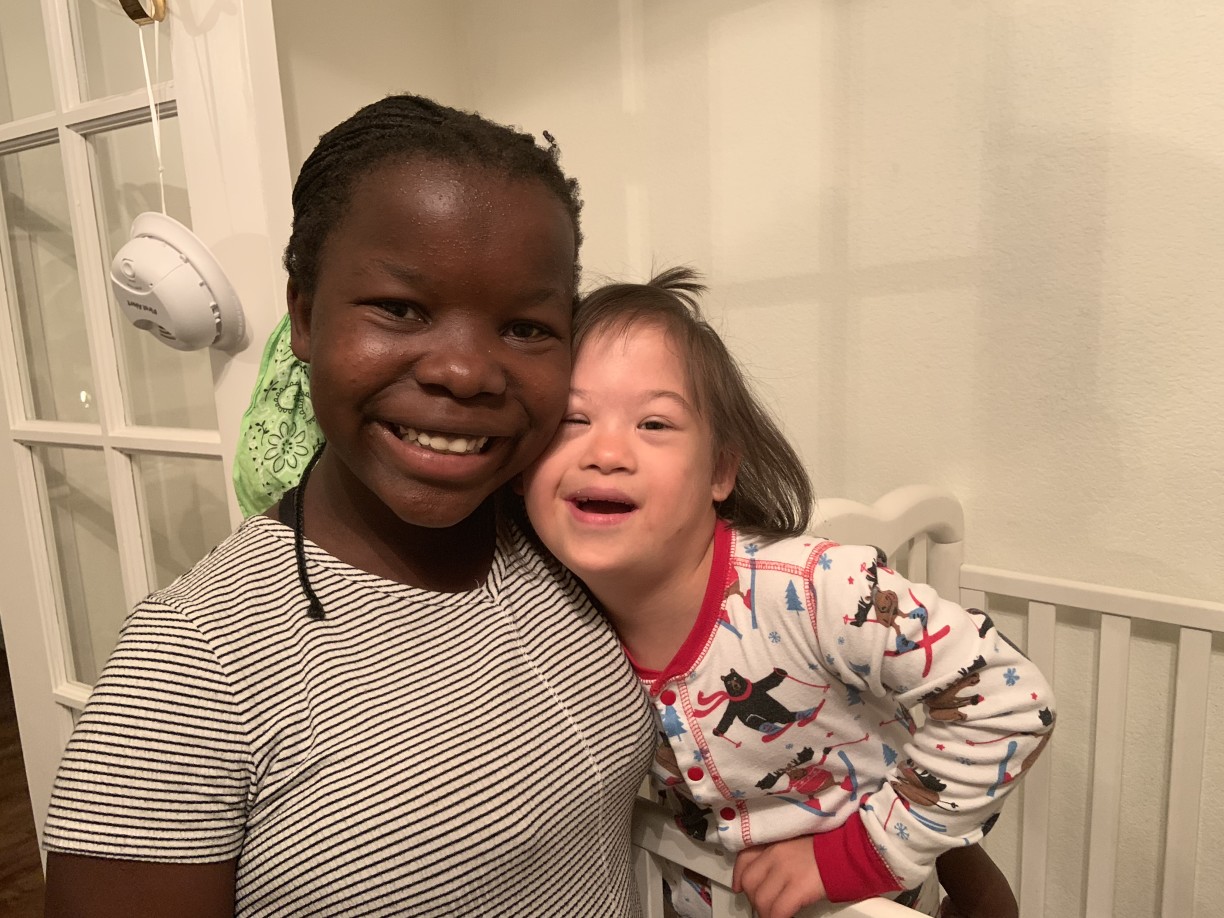 I was quickly feeling rather unsettled and asked if she had found Birdie in the yard and she said she had not.  We called to her inside the house.  Birdie has always, always, always answered when we call.  She’s not been a “hider” in any way.  As I called, “Come on Birdie, it’s pizza time!!” I expected her to come running.  Birdie loves food, loves eating and especially loves pizza but there was no response.  I told Jubilee to run upstairs and look for her.  Elizabeth went to check the yard again and I ran to the front door and opened it and ran down the driveway looking in both directions of the street.  There was no adorable little Chinese chica wandering down the block.

Birdie loves going out front but never, ever would be allowed to alone.  Not a chance! And with the gate open, I was afraid that she had snuck out and around the car as Elizabeth was putting the cans out.  She could easily miss her doing that so I was on-top of making sure she was not out front.

Now running back inside I saw Elizabeth coming through the family room sliding door again.  The look on her face was clear – Birdie was no where.  I ran outside and looked around the yard as well.   Beth and I looked inside the Little Tikes playhouse and the shed we have.  No Birdie!  My heart is racing as I type.  I now ran back into the house and asked Jubilee if she had found her.  No she hadn’t.  I sent Jubilee back upstairs and told her to look on top of the bunks, under the beds, anywhere.

In the meantime I ran outside and started running down the street in the direction we most often walk calling her name.  Birdie is non-verbal and does not have any street safety ability – although I have worked with her to develop it, she’s not there – not even close to understanding that the street is dangerous. 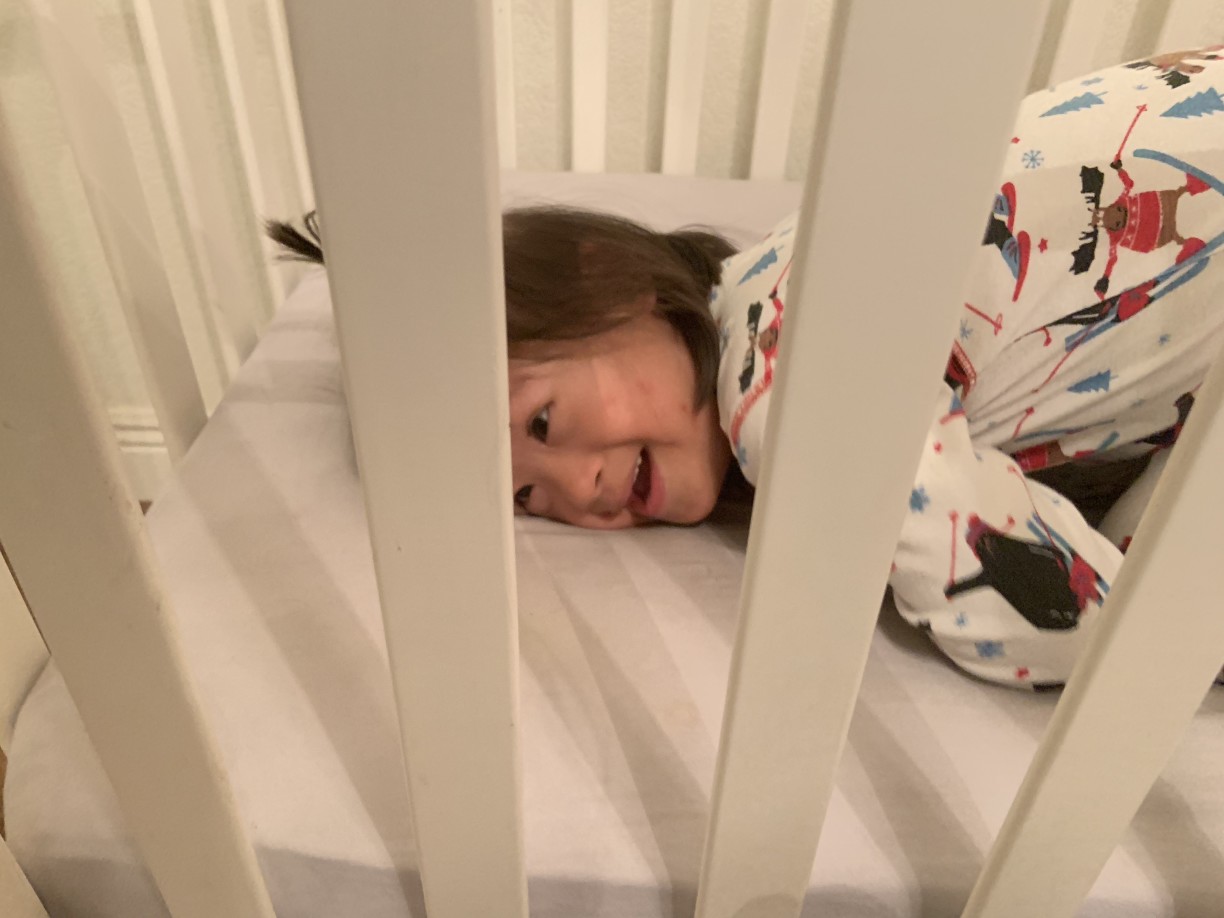 As I was running down the street I called Graham.  I cannot ever thank the Lord enough that they live “in the neighborhood” – only about 5-6 minutes from us.  He calmly said he would come look with me immediately, that I should relax and that we would find her.  He is so comforting when there is a crisis.  I was crying out to the Lord to surround her with His protection and I know 99.9% of you don’t know where we live but there are major freeways minutes from our home, not to mention busy four lane highways literally around the corner.

Our pool has an enormous gate around it, yet I ran back through the house and with trepidation went into the pool area and searched the water.  It was horrible to look for her but knowing that the fence is almost six feet tall I couldn’t imagine her getting over it.  Of course I looked behind the pool area and through the yard again.  Calling to her, “Birdie!  It’s pizza!  Let’s go!”

I sent Jubilee upstairs again to search.  John was near Ruby in the foyer and he later told me he was praying.  I kept checking back into the house to make sure that Ruby was not having a seizure.   About this time I called my dear friend.  Although she lives about 1/2 hour from me, I knew that she would understand the panic, urgency and real threat as she has a son with autism.  She didn’t answer so I dialed her husband.  He couldn’t even understand me at first as I frantically asked him to please pray and tell Kim.

By now Graham had arrived and was driving slowly around the neighborhood calling her name.  The kids and I walk often in our neighborhood so I felt that if anyone had seen us walking before, even if they hadn’t paid particular attention to Birdie, would guess she went with us.

I then called Abigail and she told me to call the police and mentioned that the first 40 minutes are most critical.  It was 6:50pm and Birdie had been missing about 20 minutes when I phoned them.  The dispatcher asked me to describe her.  I told them she has Down syndrome, was six but looked more like she was three, medium dark hair.  She asked if there was anything else distinguishable and I remembered, “Oh she’s Chinese!”  The first squad car was here within about five to seven minutes.  Graham went to walk the canal by our home.   Soon a second, third and fourth squad car were parked at angles in front of our home actually blocking the street.  One officer asked if he could search our home and of course I told them he sure could.

Unbeknownst to me, Kim had called Savannah and she and her husband Bruce were leaving their home to come help with the search.  Elizabeth had knocked on neighbors doors to see if they had seen her and although most weren’t home I asked one neighbor if he would help us look.  Darkness was now coming quickly and I mentioned to the police, “It’s going to be dark before long! We have to find her!”

The captain told me they were getting ready to dispatch a helicopter!  Unbeknownst to me, Abi had reached Liberty and she was on her way home to help us look as well.  Abi had also called Daddy and told him to step away from his meeting to tell him.  He gathered the boys and the people in the meeting and they were all praying.  Our friend Nate was one of the men at the meeting and he actually declared, “May this be a Memorial Box story where God just brings her back to the yard and plops her down.” 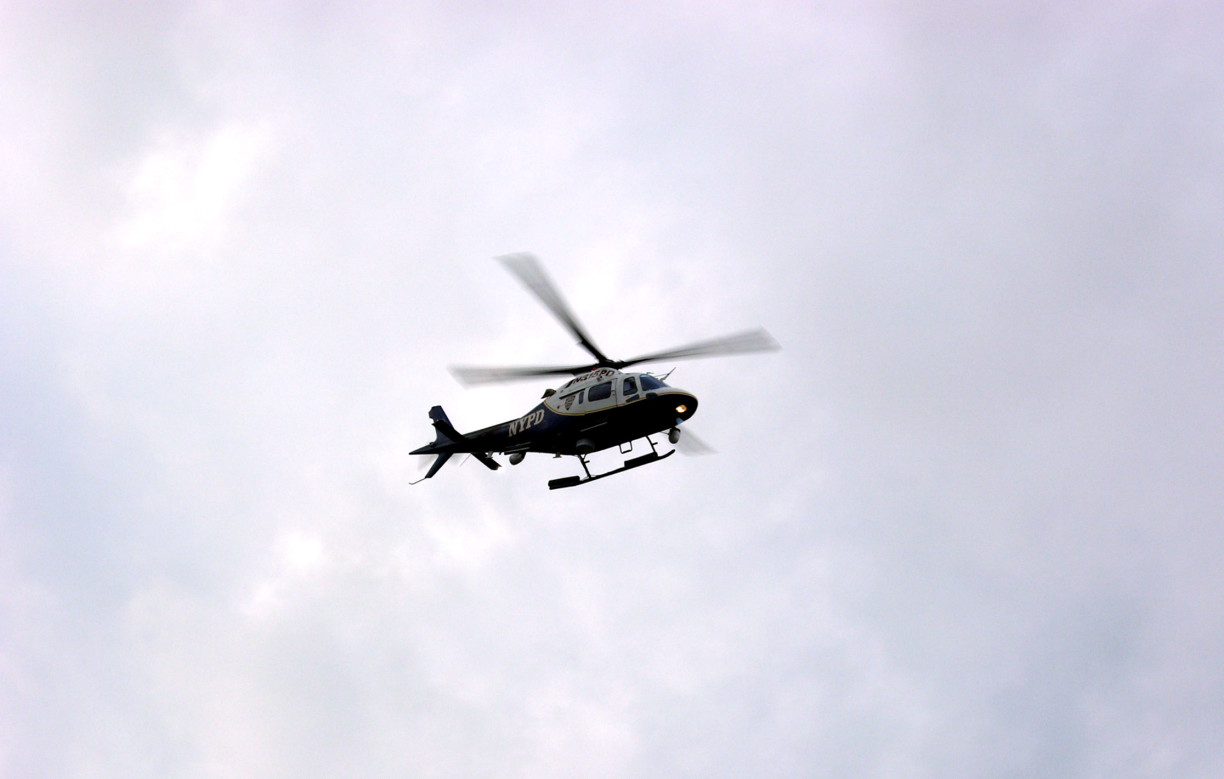 Friends, as I was crying out to the Lord I asked Him to just pick her up from wherever she was and plop her in the yard.   Right about then the police called, “We found her!”  I whirled around to see Birdie in Elizabeth’s arms as tears streamed down Elizabeth’s cheeks.  The officers had checked the yard, but she was no where and now they went back outside and she was standing at the pool fence, right smack in front of the sliding doors, throwing rocks through the fence into the pool.  This mama has never been so happy to have rocks in the pool!!

We have no idea where she was, but I’m sticking with the story that God picked her up from wherever she had wandered and plopped her right back in the yard.

After life settled, Graham arrived with GF cupcakes, coconut ice cream and a beautiful bouquet.  Such a tender, loving gesture knowing his mama was a wreck.

I cannot ever thank the Lord enough for protecting her.  He is indeed astoundingly faithful.  And you can be certain this already vigilant mama is now on extra high alert.

The LORD has done great things for us, and we are filled with joy.
Psalm 126:3

12 thoughts on “They Were Dispatching a Helicopter…”