Over the years many people have commented on how we seem to have “lucked out” and brought home the most amazing kids.  Although I’ve heard it more times than I could ever count, it still takes me by surprise!  Why am I surprised?  Because although I’m no expert and folks could call me crazy – I’m convinced that every single boy or girl waiting for a family would be an amazing son or daughter!

So for real… how did we actually “luck out”?

It’s that simple.  In fact basically anyone can do it!! The paper process of adoption is tedious but not complicated or hard and then the end results would be having the most amazing kids ever – just like us!

I’m not being trite.  We have adopted 11 times now and with all different ages of treasures and each out of loss and most out of trauma and abuse – yet they are the most incredible human beings ever!  We have been abundantly blessed beyond words.

In case anyone thinks I am  in any way slighting our bio kids that’s the furtherest thing from the truth.  The fact is  – all children are a gift – every single one of them.  In fact God’s word declares in Psalm 127:3 “All children are a gift from the Lord, the fruit of the womb is His reward.”    If you notice it says “the fruit of THE womb is His reward”…take note it doesn’t say whose womb – any womb at all will produce perfectly beautiful gifts!!

Take our son Johnny for instance.  His prayer each day while living in an orphanage in China was for: (1) a dad who was a pastor (2) a family (3) brothers that he could share a room with so he wouldn’t be alone at night because it was too scary and (4) a western toilet (it’s pretty close to impossible to be a quadriplegic and use a squatty).   Actually Johnny’s unique heartfelt pleas were pretty simple, straightforward prayers:  a pastor-dad, a family, brothers to share a room with and a western toilet.  So why wouldn’t God answer Johnny’s deepest longings?   Our powerful God loves the orphan so much and longs for every single one to be in a forever family! It only takes a family saying “yes”.

Some days friends it’s really hard to think about all our kids endured before they came home. Each one in our pile of treasures has their own story, but each story started with loss, heartache, and some include trauma, abuse in one form or another, loneliness beyond words and always the question in the back of their mind:  “Will anyone ever want me?”  Seriously I have told each one of mine how I wish they would have come home the second they were abandoned.  It is agony to know what they endured without us.

When Johnny came home he was about to turn 14 – so he had plenty of orphanage life under his belt.  And I realize many can think, “An older child?  I could never do that!”  Well let me just say, although our son is not perfect (good thing, he wouldn’t fit in the family if he was)…our son John is a young man who prays diligently, is easy-going, very engaging, a joy to talk to, kindhearted, thankful and genuinely cares for others – a true blessing.

John experienced all the things I spoke of:  loss, trauma heartache, abuse and then came home as he was about to turn 14…and he is indeed a young man who prays diligently, is easy-going, very engaging, a joy to talk to, respectful, kindhearted and genuinely cares for others.

Last month this handsome guy of ours turned 17…hard to imagine but calendars don’t lie!  John has joyfully embraced each of our family traditions… starting with breakfast in bed.  On birthdays the kids can play wii at whatever time they wake. 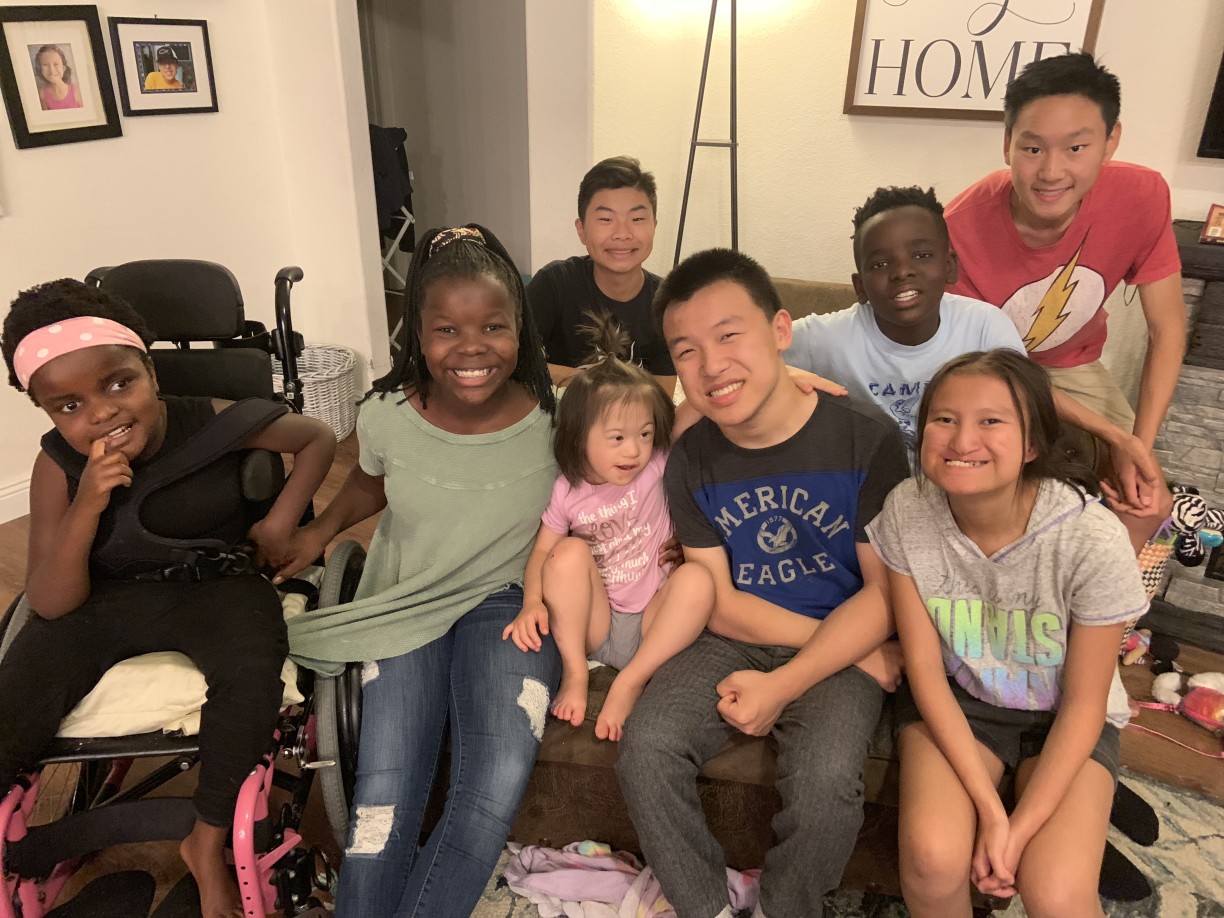 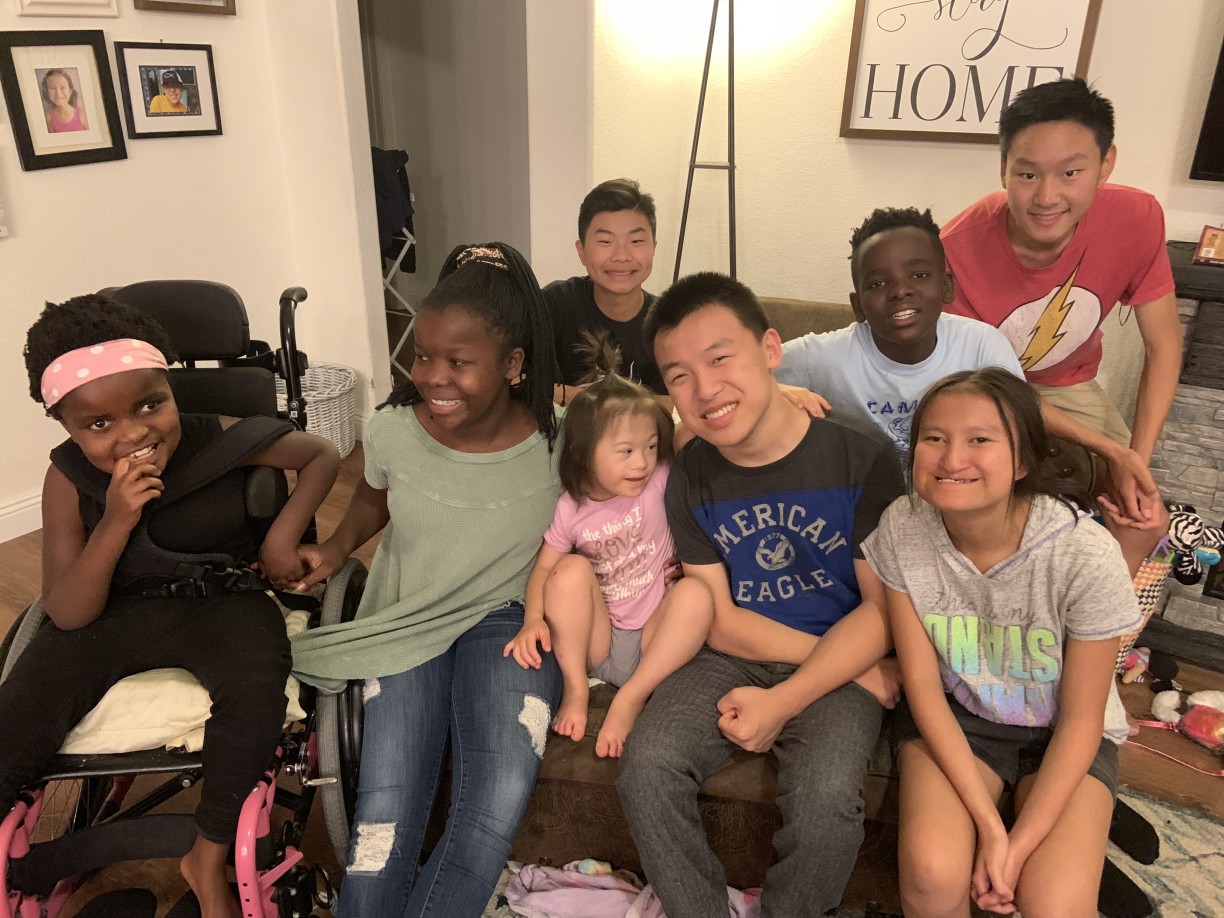 But Johnny’s greatest thrill was lunch with mom and dad at the Chinese buffet.  He had a hard time containing his giddiness. 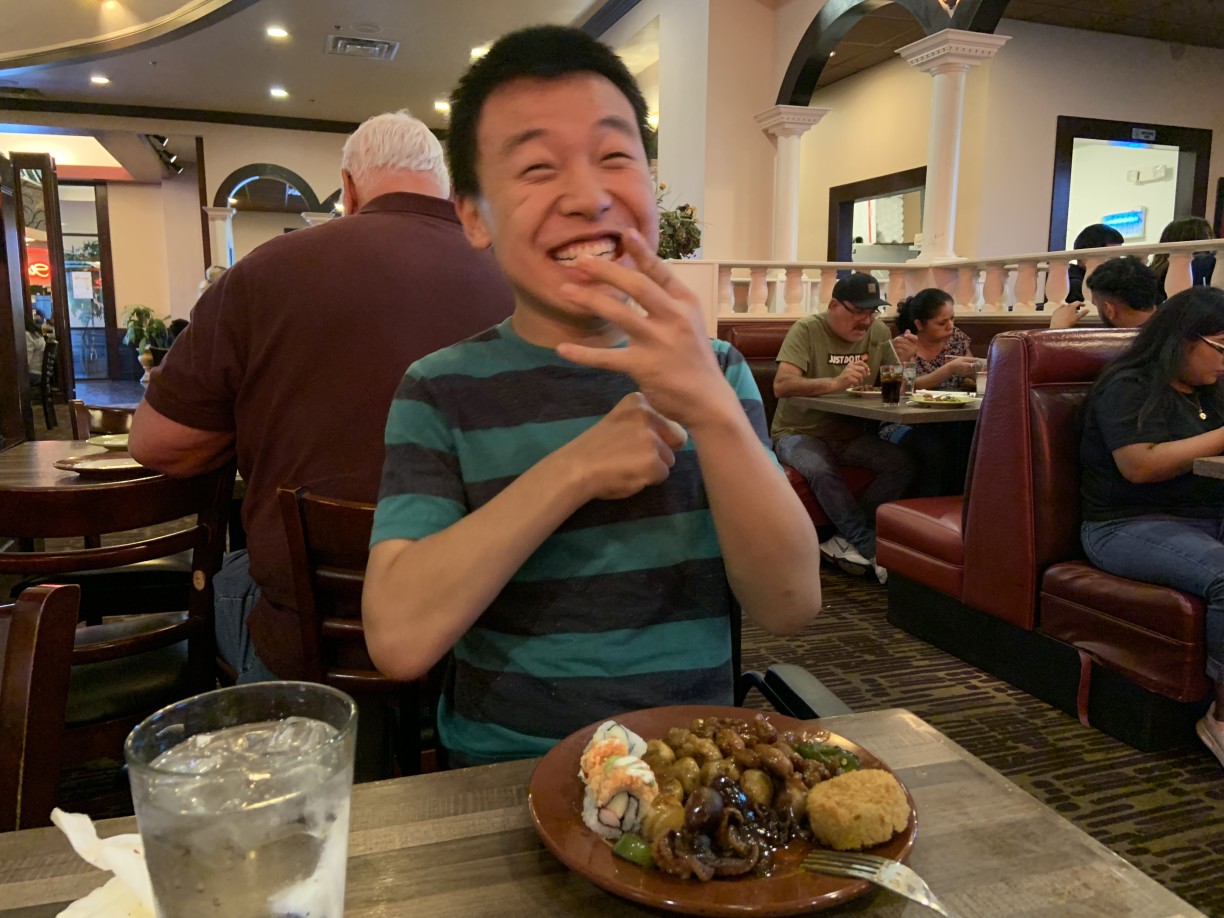 I had to do a close-up of the food he chose.  Yeah, that would be octopus. 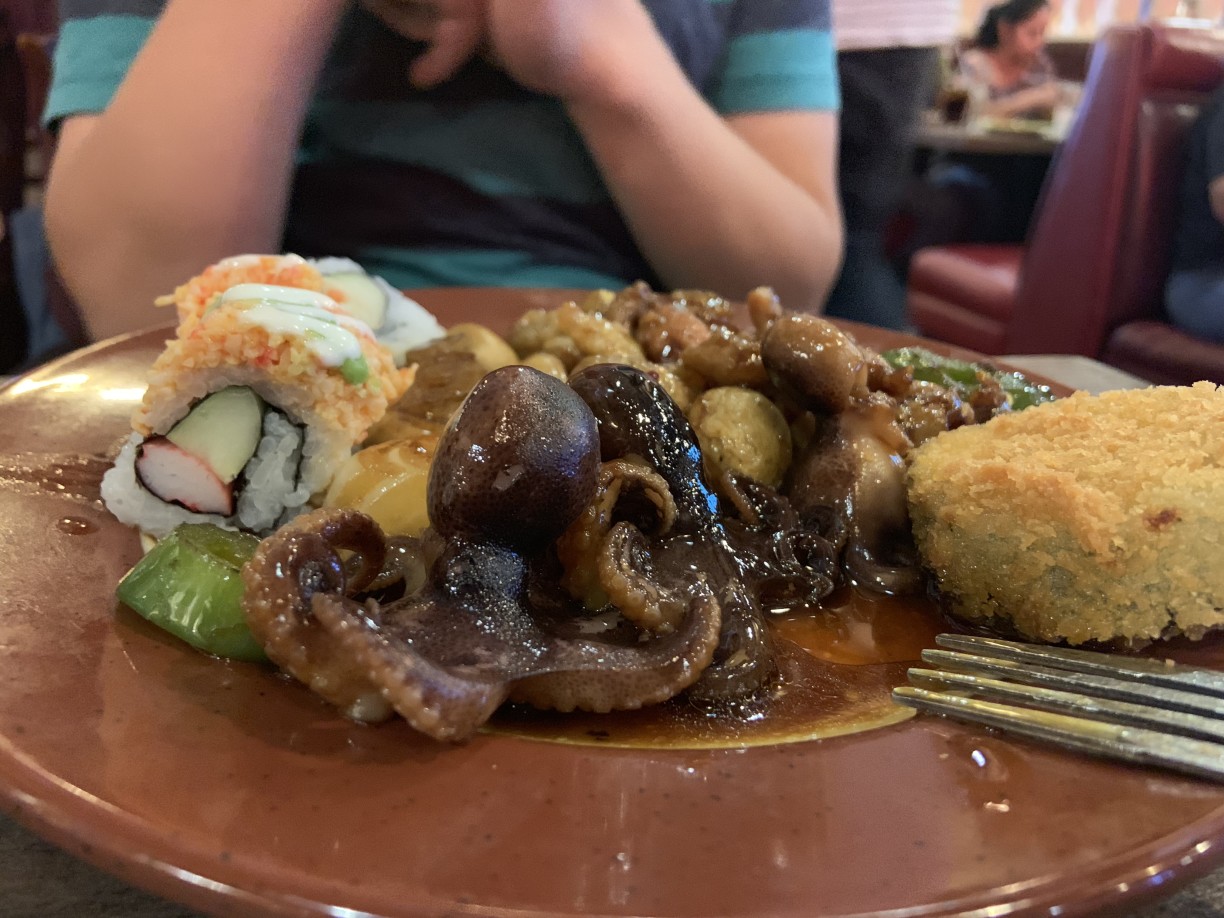 So how did we “luck out” with our pile of treasures?  We brought them home!

Do you realize you too could be the answer to someone’s prayers? Cause I guarantee there are hundreds of thousands longing and praying for a family just like yours right now.