As Dw prayed with me that day, asking the Lord to place divine connections in my path,
I knew that he was on to something!  This was going to be a trip like none other!

My first flight went from Phoenix to Chicago with a three hour layover.  I had not
flown through Chicago in many, many years and so as I de-boarded I was looking around
for where to go next.  Lately, I have been relying on my Liberty to help me navigate the
airports, but on my own, well, this would take a little more effort to figure out.

Walking down the concourse the signs were not making a lot of sense.  I also know that the major planes that take us to the other side of the world are not usually sitting next to the domestic flights.

So as I was walking along, trying to figure out where to go, I happened to notice a man in a uniform helping a young man a few feet from me.  In my head I didn’t really stop to think who the guy in the uniform was, I just noticed his uniform and instantly thought he must work with the airlines.

As I walked up, he finished talking to the young man and as he stopped, I questioned, “Could you point me in the direction of international flight departures?”

It was at that instant that I realized he was actually a Pilot!

The kind Pilot said, “Where are you going?”  I told him and he responded instantly, “Here!! {pointing to the young man still standing beside him}….he doesn’t speak much English, he’s Polish and you two are going to the same place, show him where to go!”

I giggle now as I think of it.

I had been asking for help and now I was going to be the one showing this young man, who didn’t speak much English, where to go when clearly I had no clue either!

The pilot turned and was gone.  {He was very nice, but it was comical.}

The young man stuck his hand out and told me his name.

I shook it and introduced myself.  I told him that I was also Polish – he loved that!

It was hard not to giggle as I thought, “This poor young man!  The pilot just assigned him to me and I’m a silver-haired mama – I’m probably the last person he wants to be tagging along with.  In my heart, I knew that the Lord must have something in mind though, because what are the odds that of all the nationalities, we would both be Polish?

Together he and I set off to find our international flight, with me fumbling along leading the way.

We had to take transit to another building and as we went I spoke a bit.  He was able to understand me well, all things considered.

As we reached the security point to where we were supposed to go, I assumed he would ditch me.  I mean, seriously, how many handsome young men would want to hang out with me?  But he didn’t ditch me.  He stood right beside me.

As I was reaching in my backpack to get out my laptop, I stopped suddenly – Where was my Bible?

I unzipped the other compartments and it was not in them.  My heart started to race. 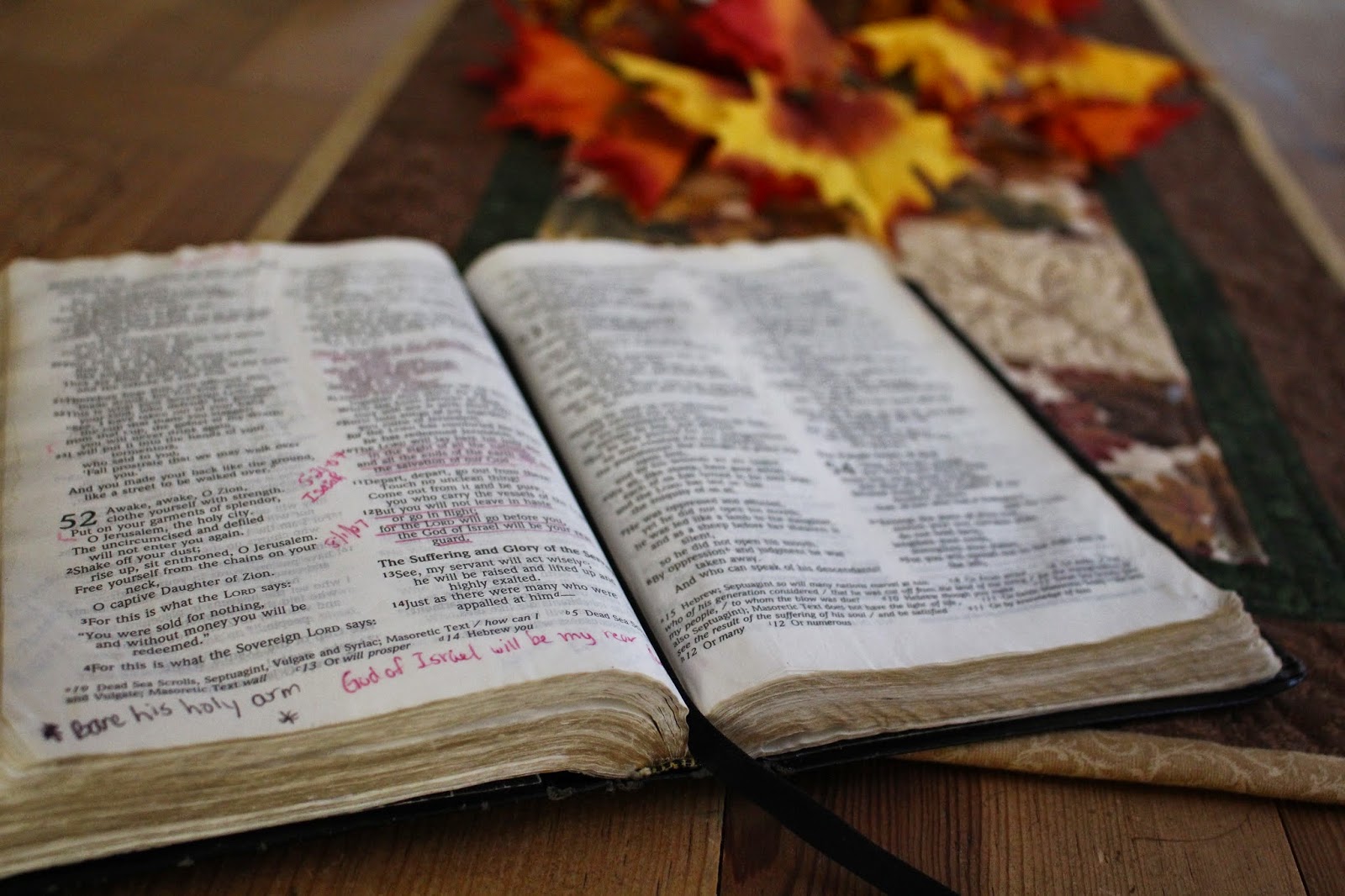 I read my Bible much of the time as I fly and it had been on my lap on my way to Chicago.  I never, ever put it in the pocket in front of me…it’s either on my lap or in the backpack.  I guard it with my life.

By now it was my turn to go through the security screening and my mind was reeling.

Where was my Bible?

I finished the security clearance and putting my shoes on I looked up and my friend was standing with me still.

We walked out of the area and immediately I saw a Ladies room.

Turning to my young friend, with tears welling in my eyes, I spoke, “I can’t find my Beloved Bible.  It was right in my backpack.  I need to go in the Ladies room and see if it is somehow buried somewhere.  You don’t have to wait for me.”

He didn’t say anything, but just stood there.  I assumed he would be long gone when I returned.

Finding a diaper changing table, I dumped my backpack.   I was interceding and pleading with the Lord to bring it from wherever I’d left it and put it back in my backpack!

Weeping I called Dw and told him that my Bible was gone.  As best I could figure, I must have left it on the seat as I reached to get my carry-on from the overhead compartment.  I was sobbing so much that poor Dw was trying to calm me down and comfort me, but I was inconsolable.

My beloved Bible was gone!


The thought of trying to retrace my steps to the old terminal and back was so overwhelming – I had no clue how to even begin that!

Dw prayed with me and said, “Linny, don’t let this derail you.  You are going to do awesome!  Go find an Airline desk and ask them to call to the last flight and see if someone turned it in.”

Eventually I pulled myself together and headed out of the bathroom.

My young friend was standing waiting for me.  I told him that I had been unable to find it and had called my husband who had suggested going to the airline desk and asking them to call to the previous area and see if someone had turned it in.

He followed me as I found the desk.  The lady at the desk was so kind.  Through tears I shared what had happened.  Although she said she would try she reminded me that much time had already passed. She suggested we sit nearby and wait till she heard back.

So my young friend and I sat down to wait to see what she could do.  I turned and said, “You really don’t have to wait.”

At that moment, this kindhearted young man spoke,

“Please tell me.  Why do you call it your “Beloved” Bible?”

For the next half hour or so I shared what the Lord’s written word meant to me.  I shared how there were markings all through my Bible from places where He had whispered secrets to me and how I would be distraught to lose those powerful reminders of previous times in my life.  I could hardly contain the emotions as I spoke about my relationship with Christ and all He has done for me.

The entire time, he sat riveted by every word I spoke.
He was completely locked in and listening intently!

He asked me many questions.

Answering each of his questions, I knew that he was why I had lost my beloved Bible!!

Only our God could orchestrate this.

In my head I wondered if I went back to search for the pilot, if I would even find him,
or if perhaps, he had been an angel orchestrating this entire situation.

To the glory of God eventually a young woman appeared carrying my Beloved Bible!

I was overcome with emotion and hugged her to pieces!

With my Bible in hand, this precious young man and I found that our flight was delayed for
several more hours and so we enjoyed dinner together.  He was such a blessing to my soul.  I asked him if we could take a selfie together.  He was more than willing.  I giggle at it.  Silver-haired-speed-limit mama and handsome young blond-haired fellow.

I shared how much God must love him to orchestrate all of these circumstances so that we could have this conversation.  I asked him about his own walk with the Lord.  He has been seeking
and listening to the Bible on the radio in English.

We exchanged email addresses before we boarded.  Because of the long delays I literally had to run to catch my next flight.  But I had hugged him as I got on the plane.  I was over-the-moon thrilled to have spent the last several hours hanging out with this wonderful young man.

It was a divine appointment and I was so humbled and grateful to be a part of it all.

For you who are intercessors, if you should happen to think of him, join with me in asking the Lord to continue to draw him to Himself!    What an amazing thing it was!  The love of God for each person!!

17 thoughts on “My Divine Encounter”