Last week was a wash….trying to get caught up after being gone a month as well as getting prepared for one of our treasures to have some extensive surgery this week.

But in the midst of it all, I have some really joyous news to share!! 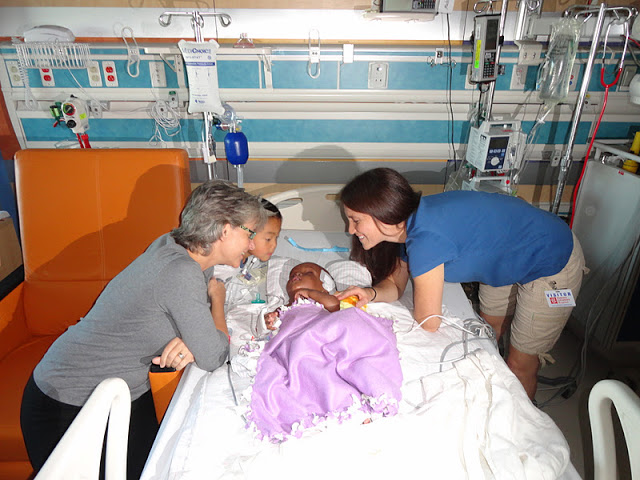 For those who have read Rescuing Ruby, you understand just how medically fragile Ruby really was (and still is!).  Her life hung in the balance.  Medical experts gave little hope for anything…but, no doubt, our powerful God had some very miraculous other plans in store!

After bringing her home and as the days passed while caring for her, I often wondered what the future would look like.  Of course we knew that she would always be medically fragile, need to live in close proximity to Children’s Hospital and be another one of our “lifers”, but what would life really look like?? I mean medical experts had said she would likely just live propped in a corner unable to communicate or express anything.

It wasn’t long after bringing her home though that I discovered that Ruby was very aware of life going on around her and that she definitely wanted to communicate with us!! 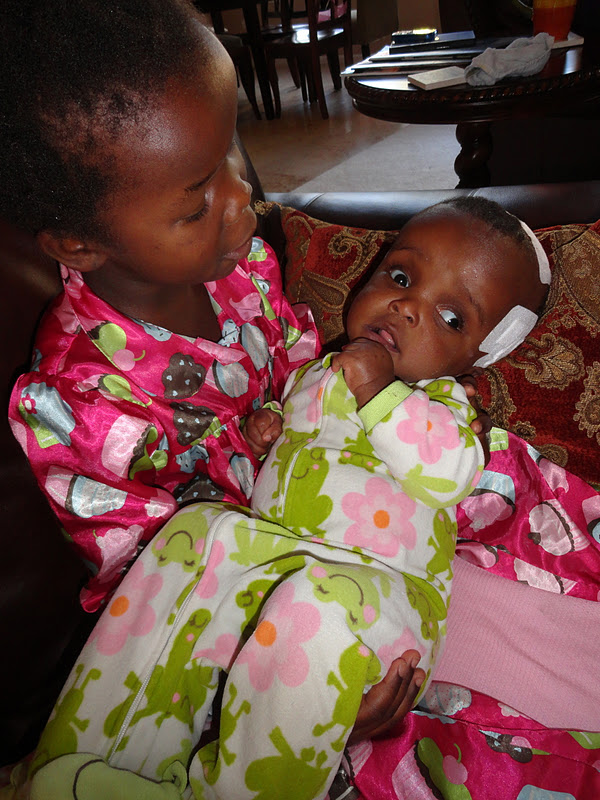 But one of the things in particular that would occasionally cross my mind was this:  Would Ruby ever initiate affection?  Would she ever be able to tell us that she loved us in some way?

Well although a quadriplegic, Ruby explores her world with her left foot.  In fact she’s totally a physical touch girl!  Over time it became apparent that Ruby’s way of showing she likes or loves you is to stroke your leg or arm with her left foot!!

In fact riding to the home place in New York I glanced back and found her like this.  I’m pretty sure she was saying, “Sissy! I’m so happy you’re home from Africa.  You’ve been gone so long!!  I sure love you so much!” 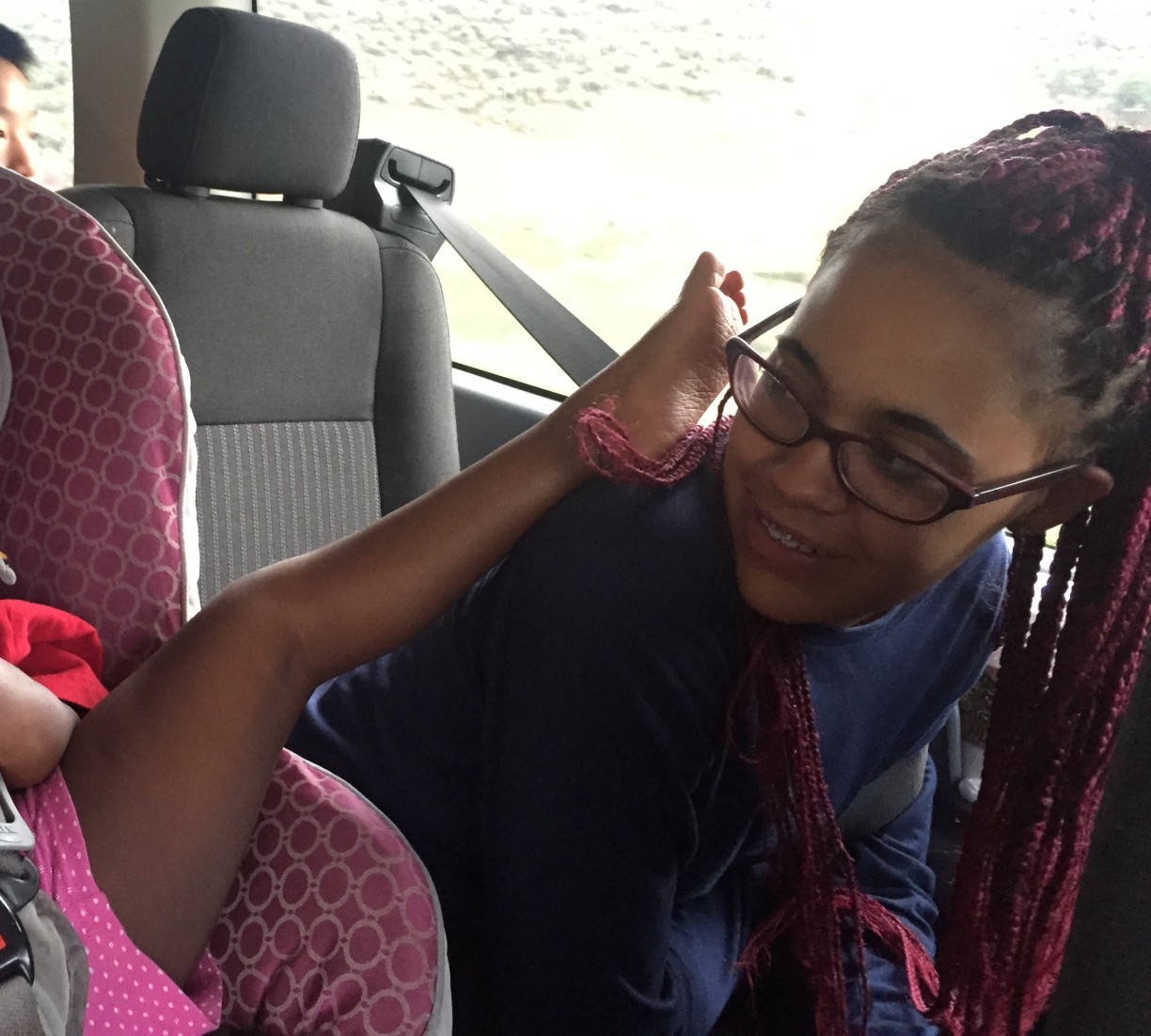 It’s been almost five years since Emma and I left for Africa to bring her home.  Ruby has made such incredibly significant strides in her communication that everyone who knows her is astounded.

And now, finally(!) my wondering was realized… a most monumental event occurred while we were at the home place!!

Ruby was laying on the floor and I was kind of over top of her on my knees playing with her.  We both were laughing, clearly enjoying the moment…suddenly Ruby’s face turned so completely serious that it took me by surprise.  In fact, for a split second,  I wondered what could possibly be wrong!

Instantly, completely on her own, with the most serious, purposeful look on her face she reached and kind of grabbed my left ear and hair….at that moment I was thinking, “What are you doing Ru?” And in one motion she pulled me to herself and kissed me!!

I became overwhelmed with emotion!  She demonstrated she loves me!! I’m still giddy just writing about it!

And look at just how serious she becomes when she’s about to kiss me…(just like that first time!).

Last night I texted the video to Ruby’s neurosurgeon.  (Of course he gave me his cell,  I mean after all, Ruby *is* his favorite!!) The first line in his immediate reply:  “Oh she is so amazing!…”

Yes indeed, our God is miraculous and Ruby’s continued healing is beyond amazing!