In May of 2016 I wrote a blog post advocating for a home for a 13-year-old boy named Cai.  He had come to the states through a hosting program.  The family that hosted him longed for him to be in a family and so they put together a video and asked people to share it with everyone they knew.

Somehow I was asked to share the video.  The thing was the boy was about to age out…and time was short!  So I wrote a blogpost and shared some pictures and the video the host mom had made.  That post is here.

Little did I know that when I shared about Cai, our friend Tim would read that blogpost and watch the video.  Within minutes Tim called Karoline, his wife, over to the computer and said, “See this guy?  I think he’s ours.”   Karoline wrote to me immediately and told me that as soon as Tim said that she went to her computer and wrote to the agency.  I recommended them to Chinese Children Adoption International  who swung into immediate action and the rest is history!

And within about two hours of posting it, I was left giggling, weepy and praising our mighty God!  Just like that Cai had a family on his way to bringing him home!  All because a host mom made a video and advocated for him!!

Our friendship with Karoline and Tim goes back several years when Karoline and Emily (one of their daughters and now Liberty’s BFF) went to Uganda on a GO Team with me (Liberty was there too!).  Then one summer we went to their home on our way to New York and the rest is history.  They have become precious friends.   Our kids even call them Uncle Tim and Aunt Karoline!

Last week we had the special thrill of Tim, Karoline, Emily and Cai coming to Arizona to stay with us on their family vacation as they were heading to California to see some of their grown children.

Imagine the joy of meeting this handsome new son of theirs for the first time!!  Our two 14-year-old sons had a blast together.  We took them to the park and they rode all over the place!! 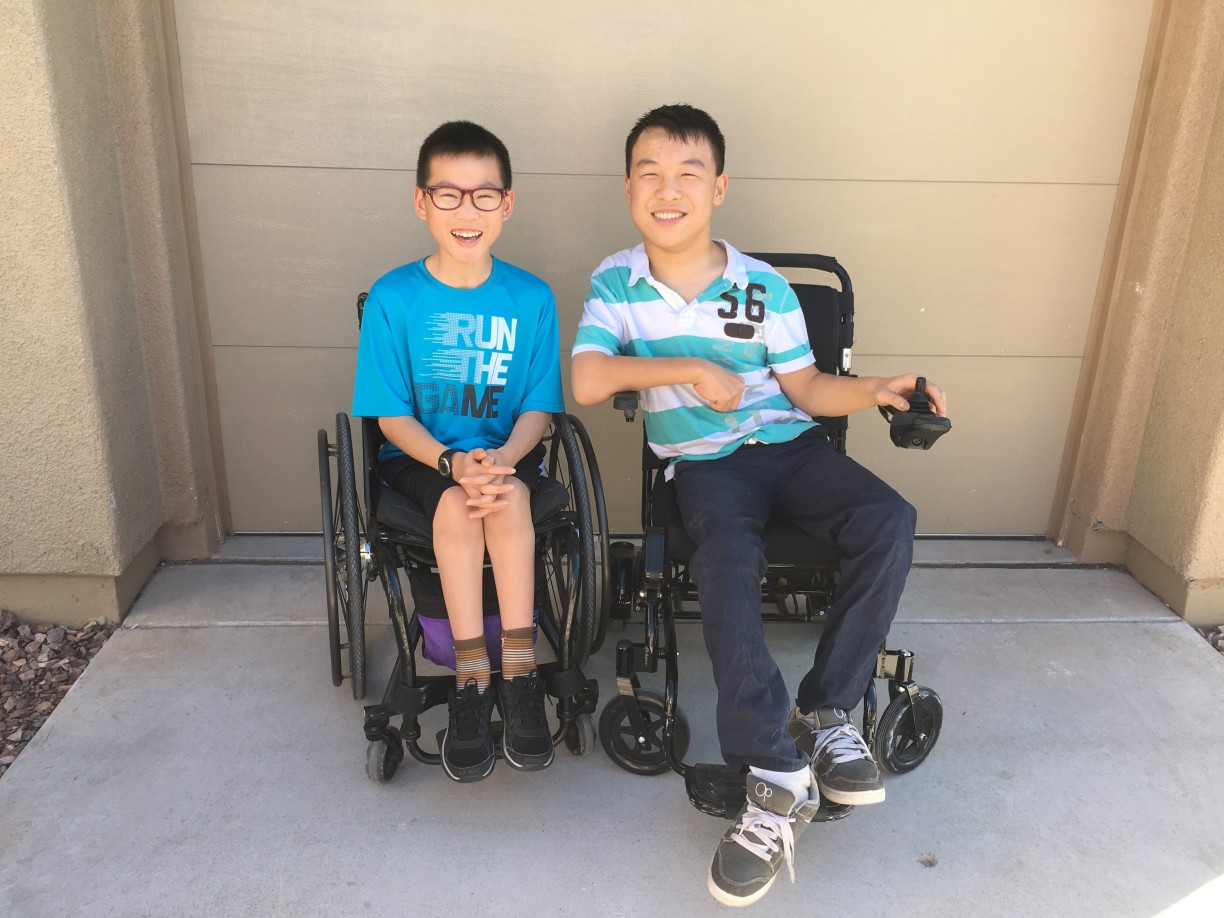 Their family then took Liberty with them to California and then came back to our house for a couple of days on their way home.  Tim said that Cai couldn’t wait to come back to see his friend again!!

Tim lost both of his legs in the Vietnam war and is a true hero!  His attitude toward life is astounding!  Both he and Karoline have a deep passion for people and minister so beautifully to others.

I do regret I didn’t get a picture of Birdie in Tim’s chair.  Birdie loves Uncle Tim !  She especially loved when he moves to a chair so she can take off in his wheelchair.  One day Birdie “ushered” Tim over to the chair in the family room and gestured that he needed to get into that.  It was pretty funny.  She had every intention of heisting his chair the second he moved to the family room chair. 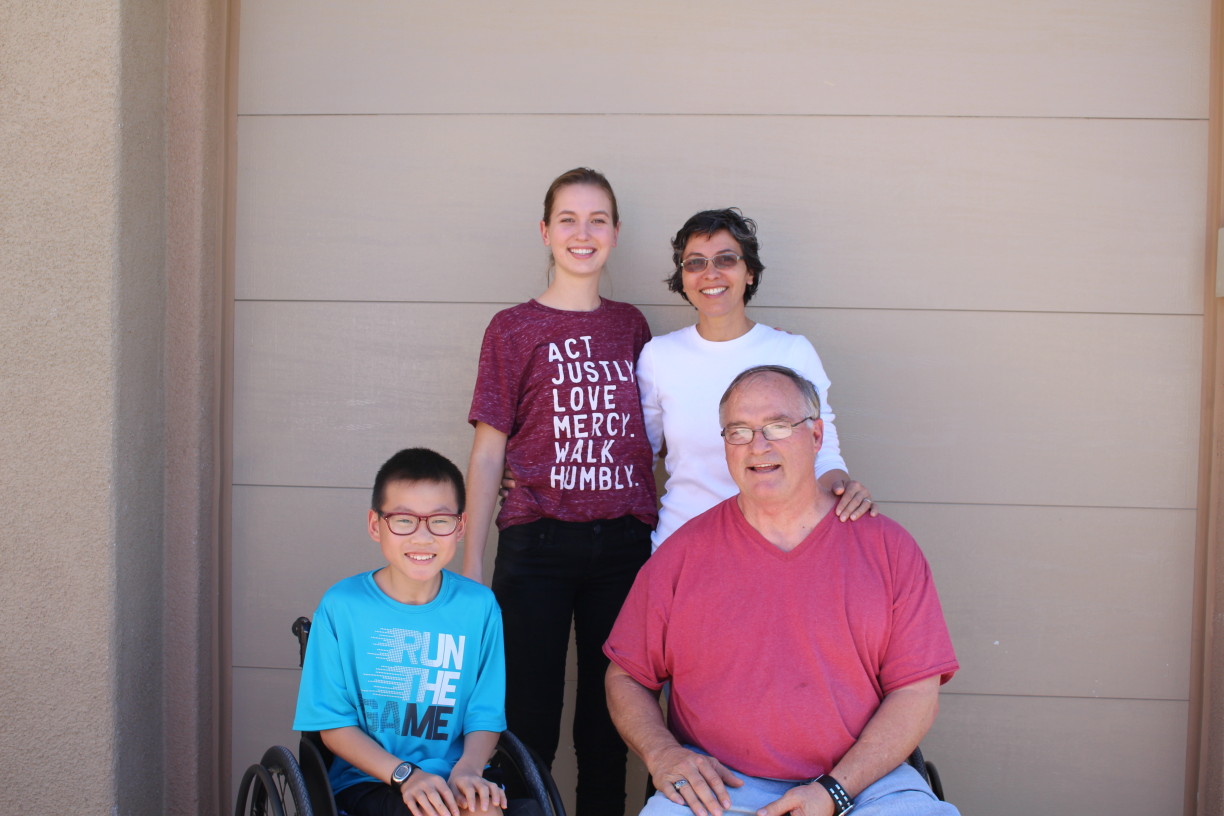 The crazy-only-God-would-know thing is that when I shared about Cai’s need for a home, I had zero idea who would read it, let alone, that close friends would be moved-to-action on Cai’s behalf.

When they arrived the other day, as Tim hugged me, he said,  “I owe you a thank you.  Thank you for sharing about Cai.  He’s amazing! We’re so glad he’s ours.”

Friends, we must advocate for the orphan!  Please don’t think, “No one I know will be interested” or “I don’t want to bother any of my friends” or “I might offend someone if I post too much about the orphan.”

So host!! Advocate!!  Pray!! Share with friends! Help someone else host!

Because you never, ever, ever know whose heart will be stirred by our powerful, all-knowing God!! God is so faithful and He longs for each orphan to be in a family where they can thrive because they are cared for, loved and wanted!