Ruby girlfriend is up to it again…
and our family is shoutin’ for joy!

The little treasure who some said

“would never do anything”…

“Oh Ruby-girl when are you going to be hug daddy?
It’s okay if you never do, but if you ever do,
Daddy just won’t know what to do.”

And as he lifted her into his arms to put
her in her wheelchair,
she wrapped both arms around his neck and
holding tightly, she squeezed his neck.
She didn’t let go.

He couldn’t tell me without tears.

It’s true, Ruby had never hugged any of us.

In fact, she only would arch her back
when we had her picked up in a
upright holding position….

The hug that she gave daddy was the only one…

Ruby was on the floor and Liberty came over and
stood with her legs on both sides of her.

Ruby took her hands and reached them up
Liberty’s legs…

Liberty questioned,
“Ruby do you want me to pick you up?”

Liberty went ahead and picked her up…

To which Ruby instantly snuggled herself in…

Trust me, this simple gesture
that most babies do was an enormous step
{just like hugging daddy that night was}…

I grabbed my camera as quick as I could… 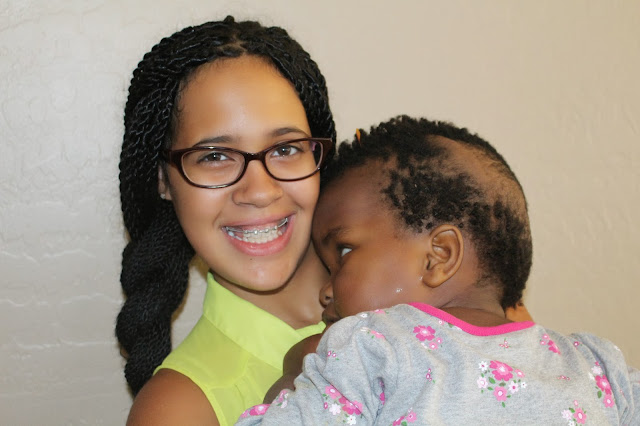 Until she heard my camera snap the picture

and she turned and lifting her head,
she grinned at me… 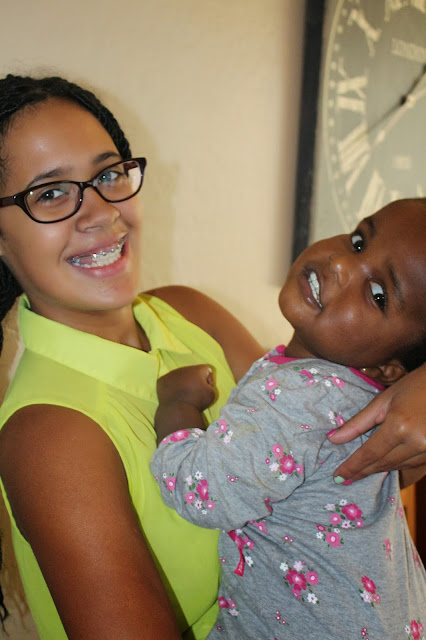 And turned even more for a better view….
{As if to say, “Mommy are you taking my picture again?”} 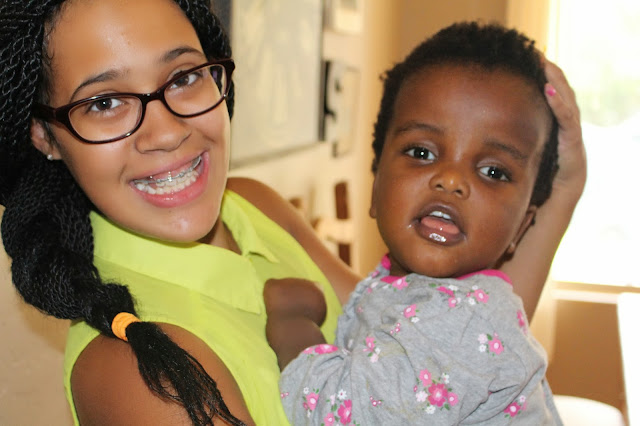 She then grinned from ear to ear,
as if to say,
“Did you catch that lovin’ I’m giving my sissy mom?
Did you see it?
Aren’t you so proud of me? 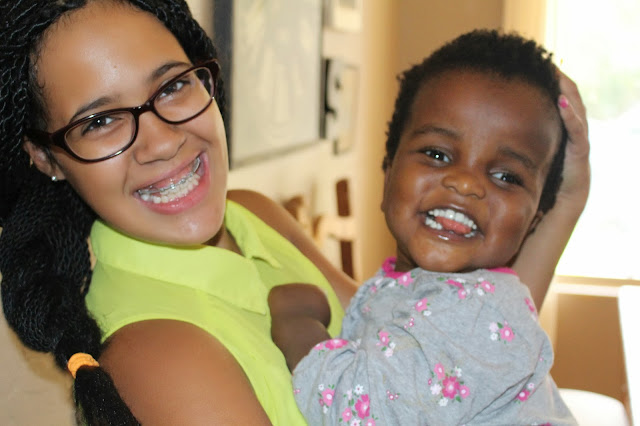 It appears the Lord is answering that prayer as well!! 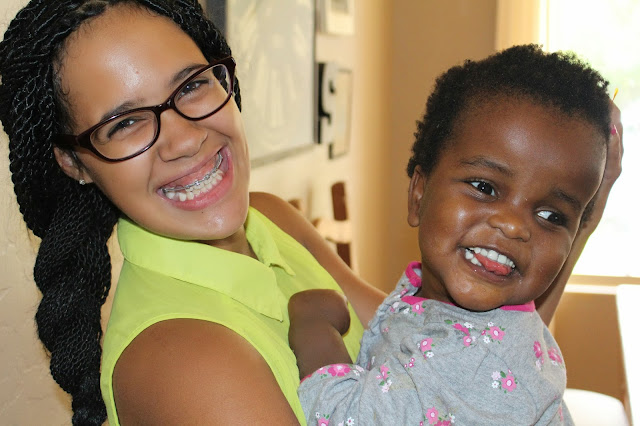 PS Special thanks to all who prayed that Ruby would have a
great interview yesterday.  She rocked it and entertained everyone
with her joyful smile for a bit while in her sitting position with Artemis.
We praise the name of the Lord – may God be glorified in it all.